The April 2022 Full Moon Over Okinawa

Living on an island the weather can be tricky.  Knowing this, I make plans for moon shots.
Like, climbing onto the roof of my house hours ahead of moonrise.
The camera and tripod are pointed  East in the general direction of the anticipated full moon.
The moon was supposed to rise shortly after 5:30 but, I knew it may take an hour to be visible.
There were thick clouds on the horizon. It would be nice to catch moonrise over the ocean.
But, I knew it would be a waste of time, walking down to sea level.  My roof would be better. 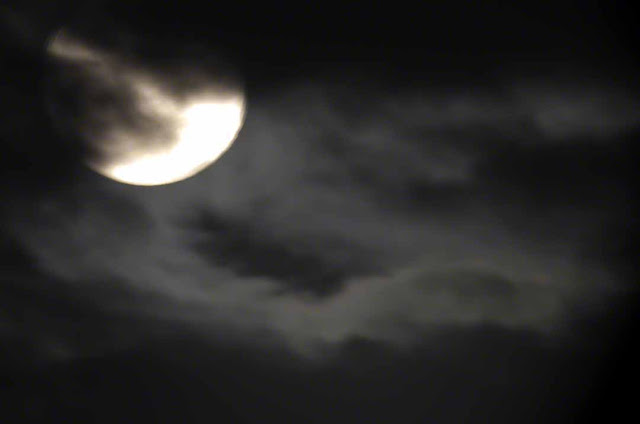 Standing on the roof, I kept looking off to the east for some gold-colored light in the sky.
It seemed as if the moon would never make an appearance.
Eat lots of coffee candies, talk to the dog, zip up the jacket, stare off into the sky.
It must have been in the low 60's Farenheight. When it's windy that's freezing in Okinawa.
At 7:34 PM for a few seconds, the moon shined through the clouds.
A quick snap of the camera shutter and it was gone again. Miserable night!
Everything was tightened securely and, I covered the camera lens.
Downstairs, I told the wife the camera could stay on the roof overnight.
There wouldn't be any decent full moon photos today. GROAN

About an Hour Later

Downstairs I played some Solitaire on the computer and checked email and SNS sites.
YAWN, when it's dark outside the sleep monster crawls up on my shoulders.
First, I went to the kitchen and looked outside to see if any moon had shown up. 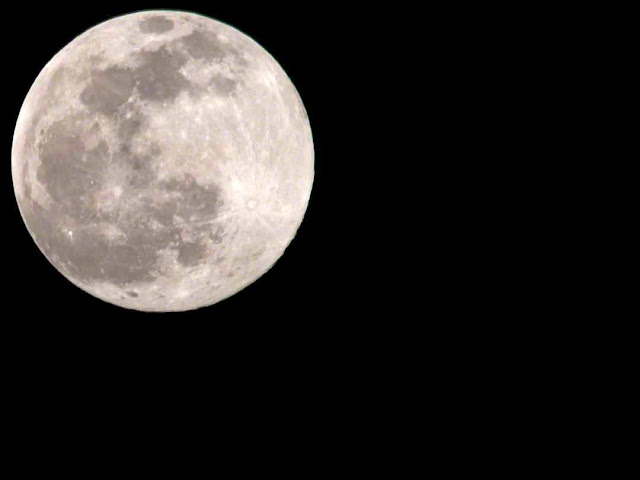 Hallelujah!
There it was, a big bright moon with hardly any clouds around it!
Quickly, I prepared one photo for posting on Instagram and Facebook then hurried off to bed.
One good photo of the moon with the Rabbit facing upwards was all I needed.
Y'all know, I don't believe in the Easter Bunny. But, just in case.....
Posted by RyukyuMike at 8:31 PM No comments:

We've seen these characters before. This one was found in my garden.
The photo was sent off to iNaturalist, to get a positive identification. 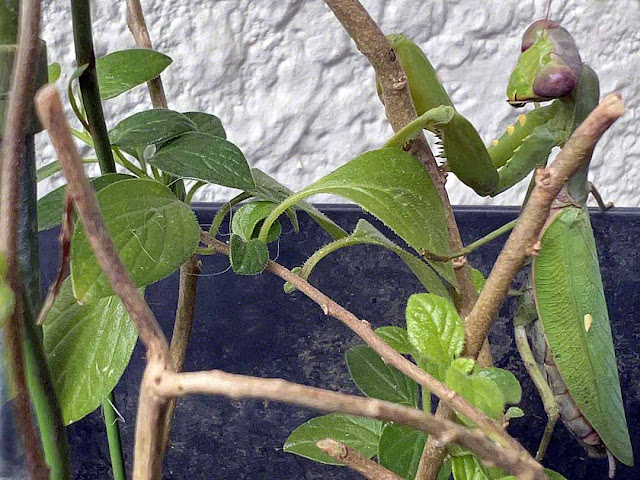 Over there I learned the Scientific Name: Hierodula patellifera.
The Common Name would be Giant Asian Mantis.
The experts let me know, that my subject was a female of the species.

These Praying Mantis females can lay hundreds of eggs, increasing the population.
A Mantis will devour all kinds of bugs, visiting your plants.
They eat pests like mosquitoes, flies, stinkbugs, maybe even lizards, snakes, and mice.

Along With the Good, I Must Share the Bad News, Too

Before you start running around, shopping for Praying Mantis to place in the garden, wait.
These characters will eat beneficial bugs. And, they've been known to eat little birds.
Sometimes, while they're mating, they eat their mate, too.

A Praying Mantis can rotate its head 180 degrees and look at you over its shoulder.
After taking about 75 photos with my iPhone, I asked my wife if, she would hold it for me.
She said, "Ew, no" and almost crawled away from the kitchen, on the ceiling.
Then, I Googled it some more and learned that Mantis bugs won't bite people.
Resources for More Information
10 Praying Mantis Facts
National Geographic
University of Maryland Extension
Posted by RyukyuMike at 9:01 PM 1 comment:

Capturing my first Full Moon images for the year 2022 was a bit of a challenge.
Knowing the moon would be at 100% on Friday night, I prepared early.
Standing on the roof of my house, the tripod and camera were ready an hour before moonrise.
It was cloudy and windy. Black clouds moved quickly across the sky. 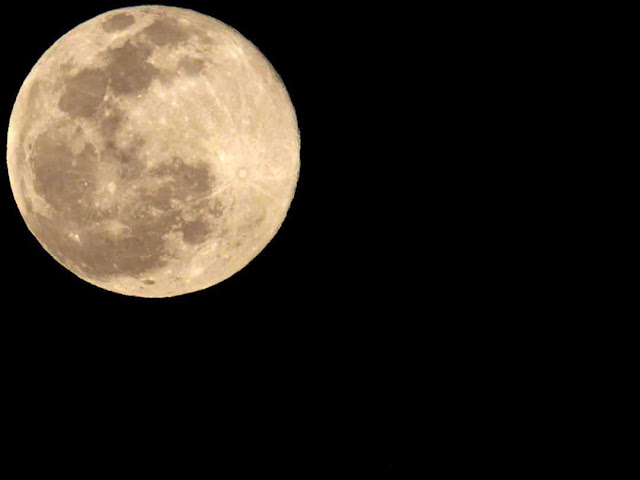 Close to 100 times the shutter button was pushed and held for 3 shot series.
Normally, I would use the camera timer but, tonight there wouldn't be any use.
Clouds would blow across the moon's surface and block the light.
Half of the images taken were thrown away, I only saved some of the cloudy ones for you.

There are three days each month, where full moon photography may be worthwhile.
So far, this year the weather and my physical condition, haven't been cooperative.
Last night was a blessing and, I'll leave moon-chasing to someone else for tonight.
Let's hope this end-of-winter-moon brings us a warm spring.
And an improved world situation, as well!
Posted by RyukyuMike at 2:42 AM No comments:

Okinawa - Months of the Year Memories in Photos

Who Needs a Calendar?

Today, I randomly selected photos from each month of the year for publishing.
Next, I fooled around with different calendar-making tools found on the internet.
And, that's what convinced me, I DON'T WANNA MAKE ANY DAMN CALENDARS!
Someone else might enjoy making calendars from my photos so, here ya go. 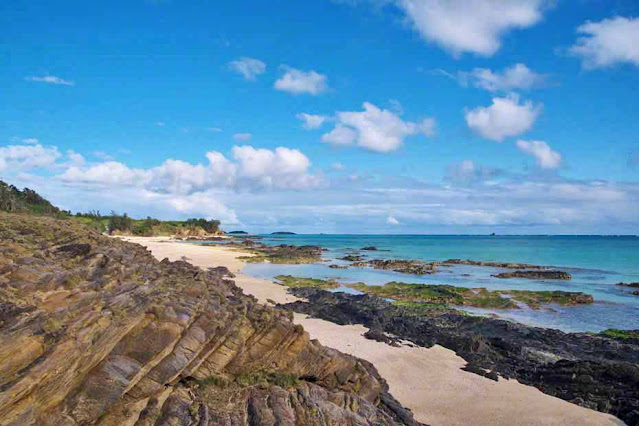 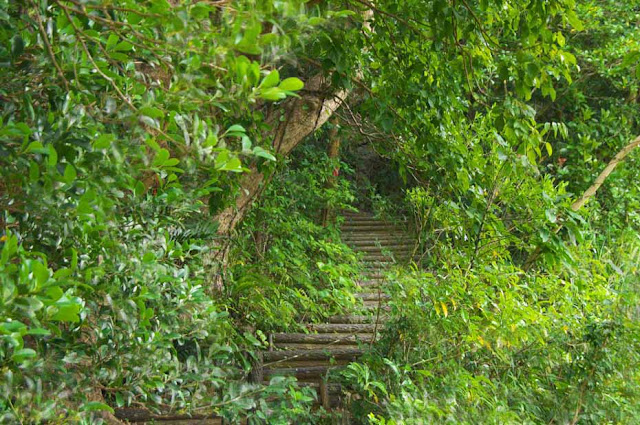 FEB: Trail in Mountains of Ogimi 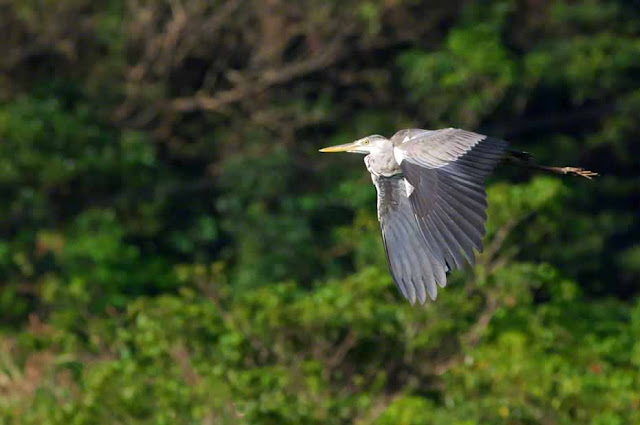 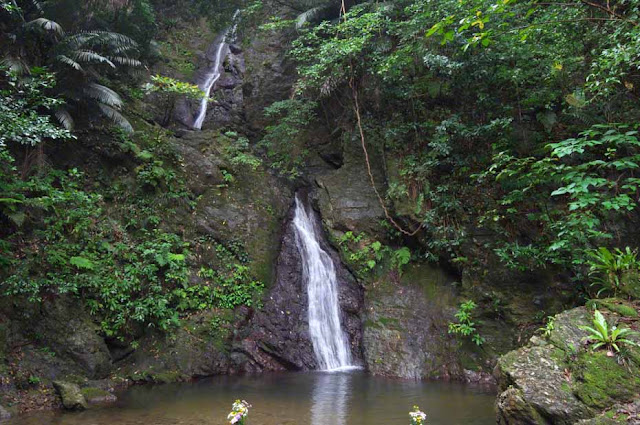 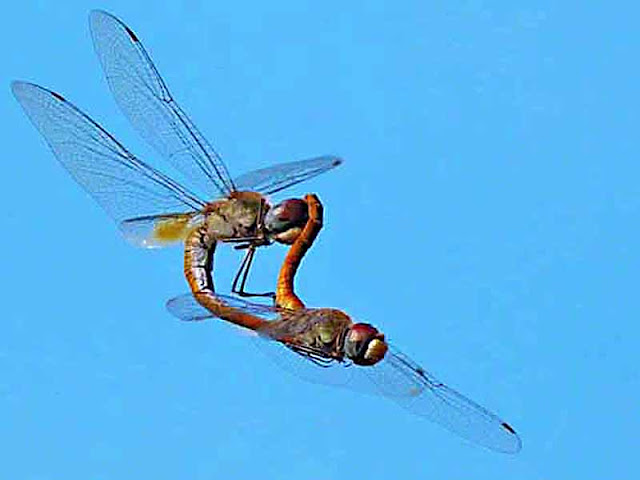 MAY: They Flew Together in Kin Town 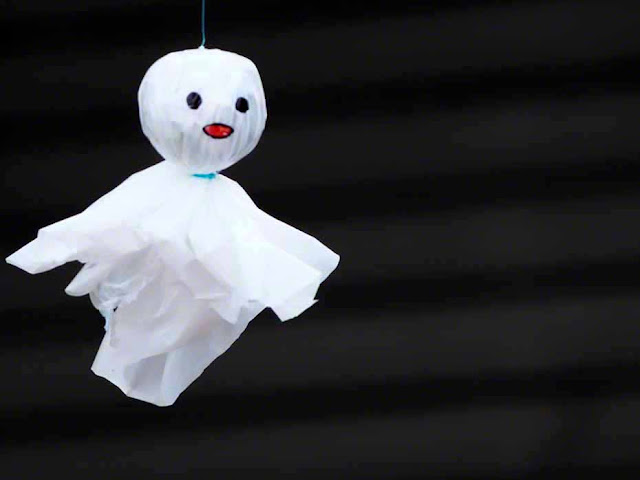 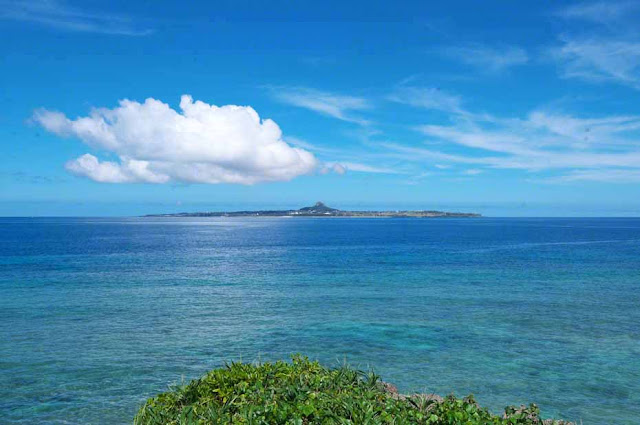 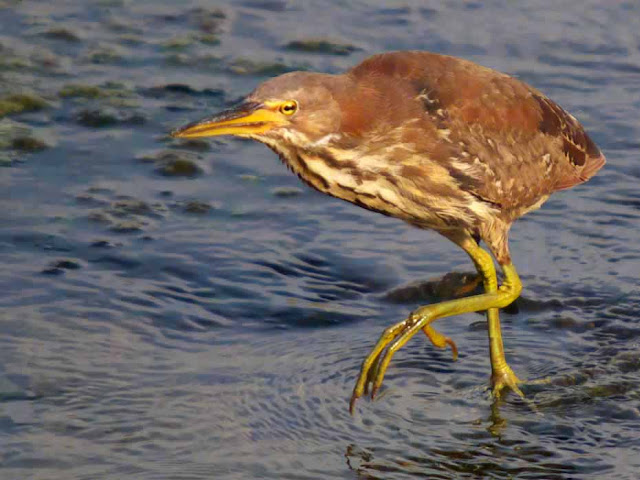 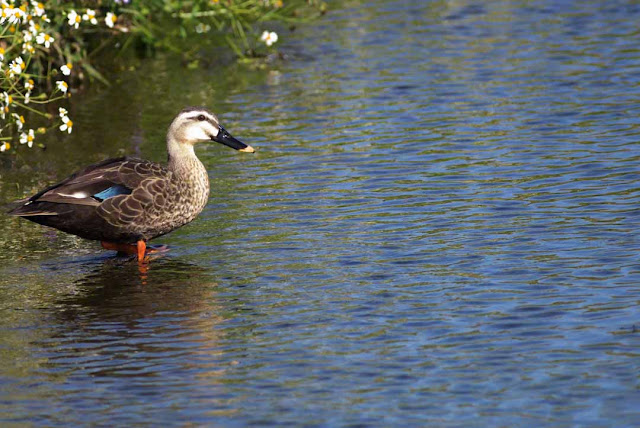 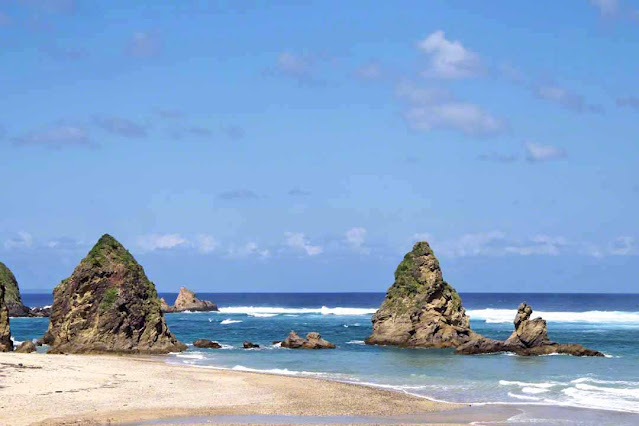 OCT: Beach at the Mouth of Ie River in Sosu 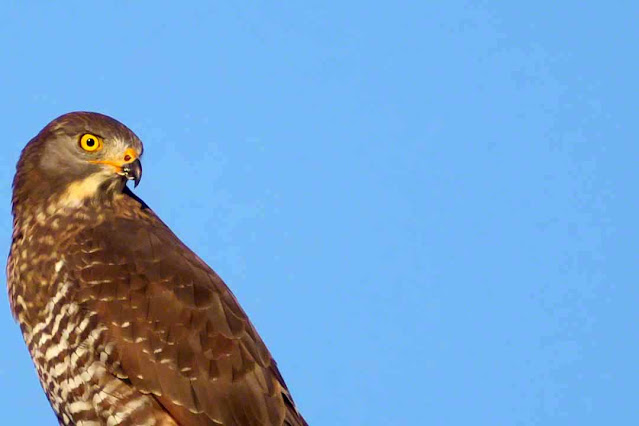 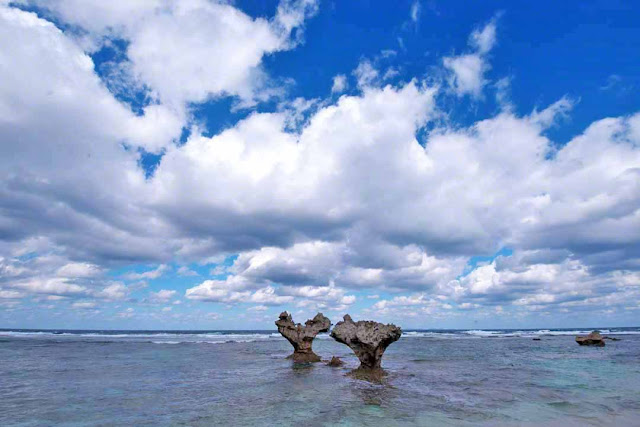 Those who may be ambitious enough to create calendars may download these photos.
The images are copyrighted and saved at internet resolution but, may be printed.
For your personal use only. Do not try to profit from someone else's photography.
Print and hang your calendar or, give them away for free to friends and relatives.

Links below each photo should give an idea of where these photos were taken.
They'll give an idea of locations on Google Maps.
Have a safe and healthy Holiday Season. Hopefully, next year will be more enjoyable!
Posted by RyukyuMike at 10:57 PM No comments:

When the Moon Hits Your Eye Like a Big Pizza Pie 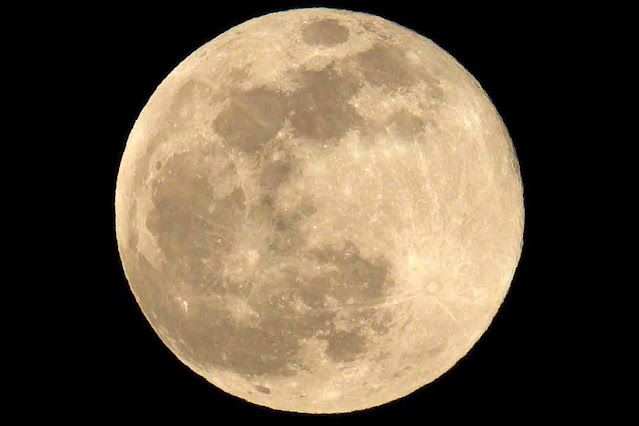 Fairly busy with end-of-the-month and year chores, This will be a short blog.

Tomorrow morning there won't be time in my schedule for shooting the moon setting.

This rising moon reminded me of an old tune, I had to do a search to find for you.

Posted by RyukyuMike at 3:24 AM No comments: