Known as Suzume (スズメ) in Japan

Once that sun rises above the hillsides, everyone stays close to the air conditioners.

The backpack, camera and large lenses for moon photography are still in the house.

When things cool off, after sundown, I'll be taking everything back to the office.

Birds, munching on a roll the wife staked out on some rebar, gave me an idea.

With 420 MM of lens on the Pentax, I could pick off a subject easily and make a GIF.

The little sparrow had no idea I was shooting through the open kitchen door.

The woman of the house thinks these birds are endangered.

People catch them and keep them in cages as pets or sell them in stores.

But, I think she's mistaken. I run across these birds everywhere.

So, I did some research to check on their conservation status. They aren't endangered.

There is a tale in Japan about these birds, a kind old man and, a wicked woman.

Read about the Sparrow with the Cut-Tongue if, you like fairytales.

It makes me glad, my wife isn't greedy and, winds up rolling down off the mountain!

Birds of the World - Eurasian Tree Sparrow
Posted by RyukyuMike at 3:41 PM No comments:

It was advertised as the "Longest Eclipse of the Century" so, I had to witness it.

The doctors can tell you, I probably won't be around for any eclipses next Century.

My physical condition is excellent. You should see the stuff I do while out with the camera.

Waiting for the moon can be boring soo, I get some exercises done while I'm out there. 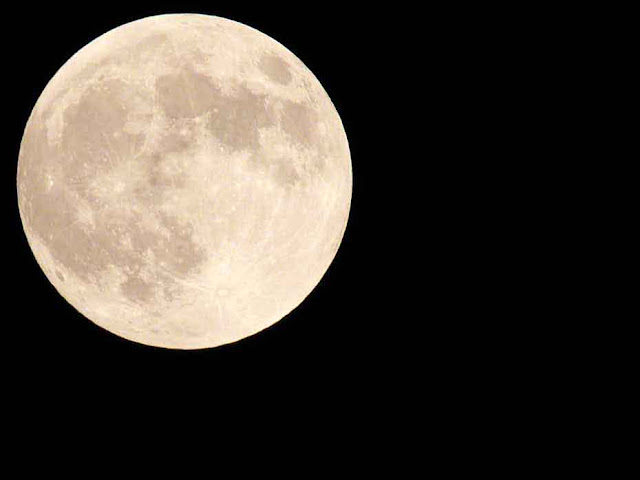 Black clouds kept the moon out of sight early last night so, I came up with a plan.

Everything needed for the Blood Moon photography got loaded in a backpack.

Normally I don't take cameras and lenses home; they stay at the office.

The idea was to get some sleep because the eclipse would take place from  4 to 5 AM.

Just before turning in, I went outside and searched for the moon.

There it was, nice and bright, peeking between the clouds. At 9:23 this photo was taken.

Earth Between Sun and Moon

The shadow moving across the moon was caused by our planet, blocking the sun.

Once we get centered between the sun and moon everything turns blood red.

If, you want a lesson on why that happens, go Google - Eclipse of the Moon.

Just as  I was about to shoot the totally blood red moon, it disappeared.

Thick clouds, fog, sea spray, you name it, came along and spoiled my fun.

Moonset and sunrise happened about the same time today so, I walked home.

Now, it's time for a hot shower, breakfast and some sleep. 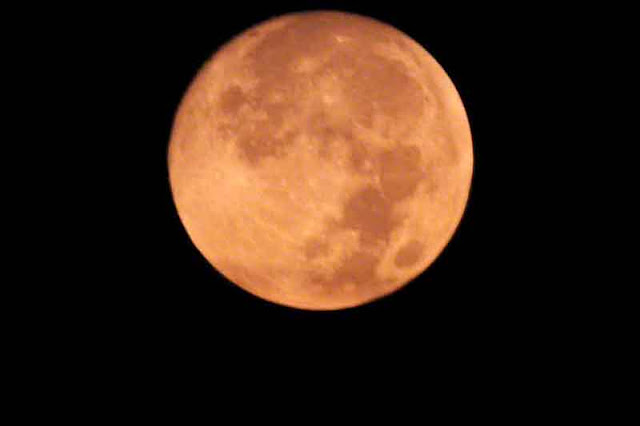 The big event really takes place on the morning of the 28th in this part of the world.

What we're looking forward to, is the longest eclipse of the moon in the 21st Century.

They call it a blood moon because it will appear to be blood red.

That's if the weather cooperates and the moon is visible at the correct time.

According to Time and Date folks, we should look for the full moon at 0520 on the 28th.

My recommendation would be, get outside a little bit earlier. Like 4 AM.

Poke around on those links above and, you can find out all sorts of things.

Exact times for moonrise and moonset plus directions on the compass.

It's nice to know, which way to look for the moon. You could use an iPhone compass.

Or, do like me. I just go outside and look up at the sky!

Posted by RyukyuMike at 1:21 PM No comments: 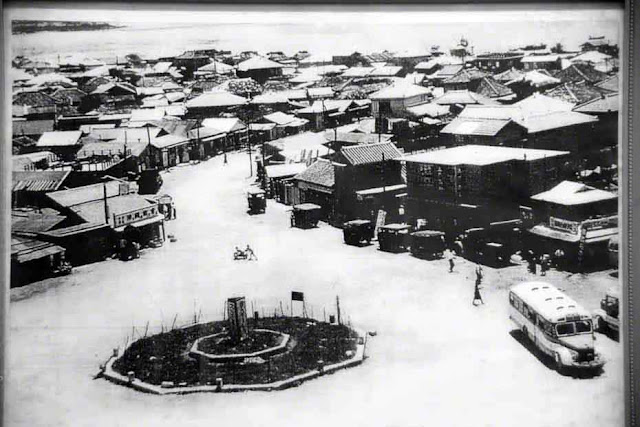 Location on Google Maps
Posted by RyukyuMike at 5:58 PM No comments: 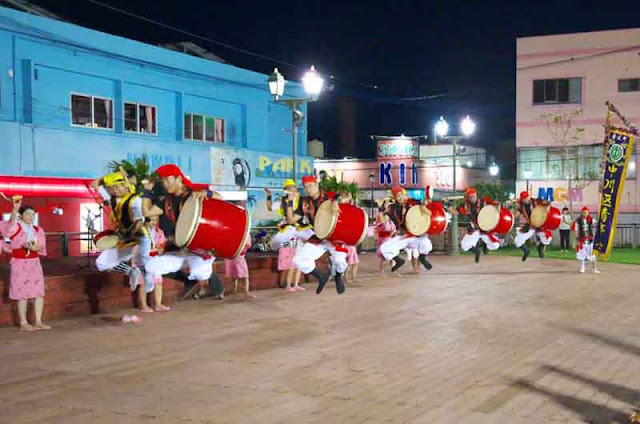 Posted by RyukyuMike at 8:23 AM No comments: 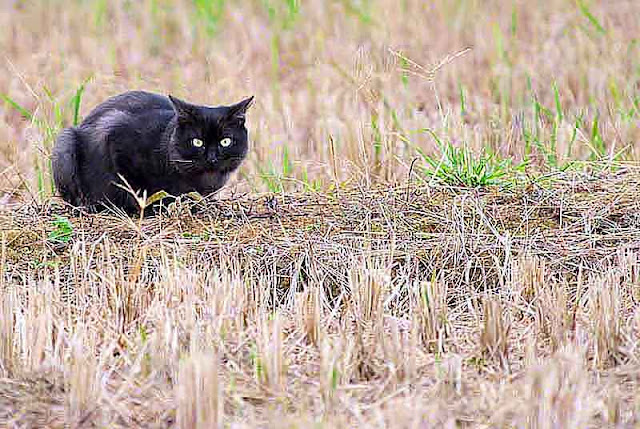 Posted by RyukyuMike at 2:21 PM No comments: 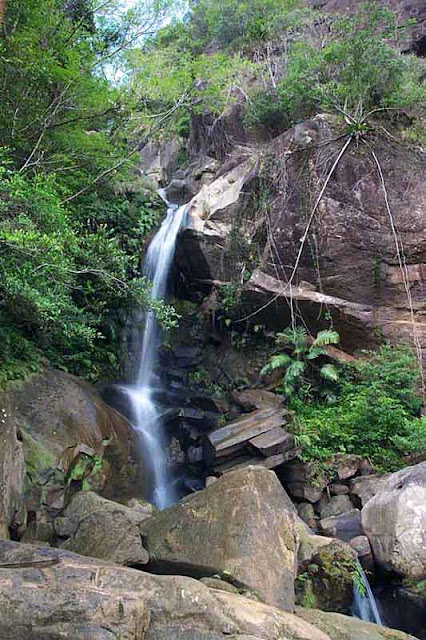 Back on the Travel Maps as an Attraction

Last year I visited this site along with a friend, who was touring Okinawa.

It was a big disappointment and, we didn't bother taking photos. The falls were bone dry.

The falls and surrounding area have changed drastically and, are a must-see spot, now.

In the near future, some photo of the remodeled site will be posted.

Some typhoons and tropical storms have been replenishing the water supply.

Hopefully, the waters will start raging again, like they did in 2013.

Posted by RyukyuMike at 4:55 PM No comments:

Wordless Wednesday: May Be Slippery 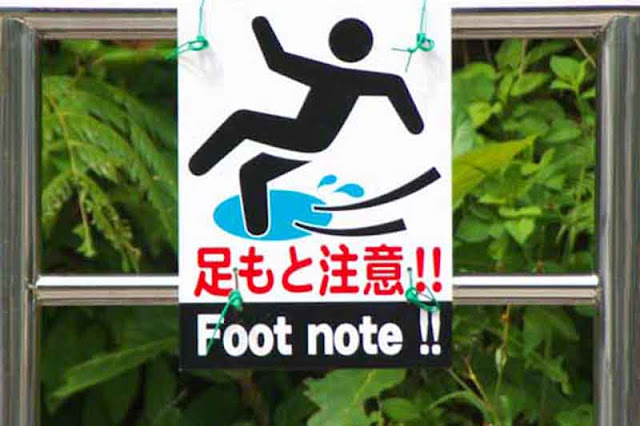 Posted by RyukyuMike at 2:53 PM No comments: