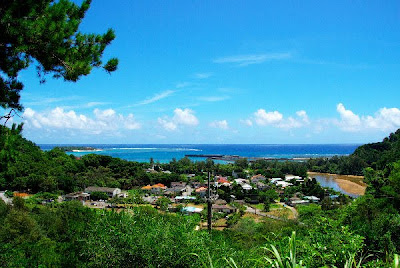 We had this earthquake around 5:30 this morning, right here in my hometown. Well, it actually shook everybody's hometown on the whole 65-mile island.

CNN and Fox and maybe even that Hiraldo Guy like to be the first, along with NBC, ABC, that Fat Guy who wants to run the Republican Party, and Bill O'Reilly, Conan, David Letterman, Dr. Phil, Capt. Kangaroo, Al Gore, The Flying Nun and everybody else who wants to be the first to report the news all gets family and friends of mine upset because just like breaking wind, BREAKING HEADLINE NEWS is usually BULL!
Gee, I hope I didn't leave anybody important out. If I did, sorry, it was intentional.

Here's what really happened in the Not-So-Breaking-News, from a survivor of the tragic aftermath. The ground shook. The house did, too. Not even 30 seconds, I think.

Everybody survived. If anyone was injured, it must have been an accident. There was one dead bird in my kitchen. He was still warm when I took him away from the dog eating him. Guess I should start closing the doors during earthquakes. Keep the damn birds from using my house like an earthquake shelter and stealing my Rye Bread. Bet that's why the dog killed him.

That's all the breaking news from my part of the world. Everyone's fine and I even answered half of the 157 emails I got today asking about the earthquake before I got this great idea: Do a Blog. Thanks for caring, everyone! 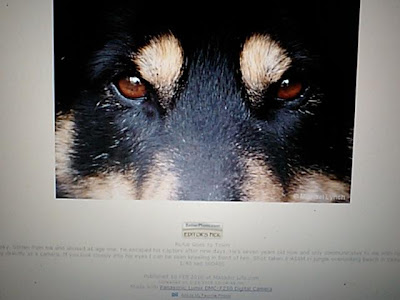 Well, now look at what you've done, Rufus. Got an Editor's Pick over on my favorite Camera Channel. Sonaova(gun)? Gotta be professional, here, Sonavabee, might not be PC !

Anyway, first thing I want to do is thank Nancy Harder over at Matador Life for putting my buddy in the spotlight. I really owe alot of people over there on my favorite Travel Channel, the Matador Network for the things I've learned and friends I've made but, this isn't exactly the Acadamy Awards so, I won't rattle off all their names.

What's really important to mention, though is all the neat tricks you can learn by thumbing through the magazine pages and picking-up little handy gadgets to make more people see a photo of yours. Whatever they use for tools to advertise articles, you can use for photos, too. I got everything they got, and more. Installed so many tools on my dashboard the monitor got top-heavy and fell off the bar one day. I caught it just before it hit the floor.

I really have no idea what all this SEO stuff means (Secret Envelope Opener,or something)and don't want to waste my time trying to figure it out. Analytics, bah, that's for analytical people. I just take a photo like Rufus after he hits the wire somewhere and post it everywhere, paste in some links and start whackinum with all these tools. Magic happens, quicker than overnight. Go home for lunch, take a nap and when I get back, over 100 views showed up on a photo. Could be robots or the CIA lookin' at my pictures for all I know.

The day my dog hit Life at Matador, here's where I put him, besides on this blog:

BetterPhoto Published at Matador LIfe in the caption.

Now, the Editors over at Better Photo, who judge these contests aren't your typical magazine editor. They're all professional photographers, the kind of folks whose pictures are in Outdoor Photographer and most of my other favorite print magazines.

That photo of Rufus has been entered at least 2 or 3 times in the contests there, before. But, he never got an Editor's Pick. So, here's my way of analyzing things; ask the readers. You're the ones who keep me writing. Was the photo selected because:

C. It's been published

E. All of the above

This isn't a quiz, just an unscientific survey. I value your opinions, everyone. 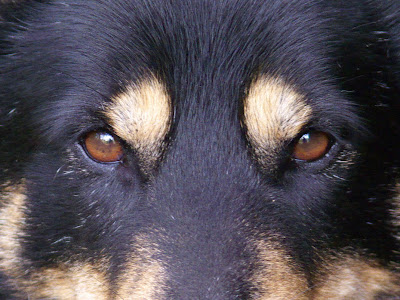 Today my bodyguard, Rufus got published at Matador Life. This is a big deal for me, as well as, him. I'm in the photo, too. You just have to look real close in both of his eyes; that's me kneeling in the patch of light right in front of him.

This is the only photo I have of Rufus where he's looking straight at the camera. He's been entered more than a few times in photo contests, but hasn't won anything, yet. Now, his brother, Gizmo, that's a different story. He's cute, a people dog, loves attention, talks to you and demands attention from anyone he meets. But, today is Rufus' day so, lets talk about him.

He is half Siberian Husky and half Shiba, a Japanese breed. He has six toes on his back feet, just like a wolf. He is an escape artist. He will watch every move you make. If you build a fence, he's studying how to un-build it. When I used to drive a jeep, he watched where I put the keys, how I depressed the clutch and how I shifted and made it go. I just knew, someday, he'd steal my jeep. I got rid of the jeep but I kept Rufus. We walk alot.

From the day I brought him home from the animal shelter at six weeks old, Rufus has always slept either at my feet or nearby, where he can watch me. When he isn't asleep he's watching. He doesn't blink his eyes. He is always watching.

When he was a year old, someone stole him. His brother and I walked for miles in every possible direction, looking for him. After a week went by without a trace of him, I started thinking about getting another dog. Huskies are pack animals and his brother needed a companion. I knew, if Rufus was alive somewhere, he'd escape. He did.

Nine days after being kidnapped, Rufus escaped. My son saw him in a village about 5 miles north of home. It was Valentines Day, February 14th, 9 years ago. The wife and I had decided to order steak from the restaurant downstairs and have it delivered rather than get all dressed up to go out and eat.

The phone rang before we had a chance to order. The son, a construction worker, was at a party outside his boss's house. They were barbecuing chicken. Huskies love chicken, more than cats. Rufus showed up. He was hungry, dirty, malnourished; starving. Construction workers wear uniforms. And they drink. If they tossed a bone, Rufus would eat it. When they tried to approach him, he'd run away. The son knew it was Rufus and he'd been missing. He knew that anytime I shook my car keys, Rufus would run to me. He tried shaking his car keys; Rufus ignored him. He only comes to Papa's car keys, no one else's.

Without even knowing where in the village Rufus was spotted, we jumped in the car and drove north to the next town. I pulled over, in the dark, and stopped at a parking lot where I could be safely off the highway. I got out of the car, jingled the keys and whistled as I walked back to the highway. Within 30 seconds, out of the darkness, a stinking, scrawny, filthy, black, Rufus came from nowhere and jumped into my chest. Best Valentine's gift I ever had !

It wasn't until I got home and saw the dog where there were lights, that I realized what he'd been through. He had two inch incisions, cut on each side of his chest. Someone was using him as a fighting dog. That's the way it's done in this part of the world.

Would the dog ever be the same? Would the grandchildren be safe around him? Would he be vicious? Would he ever be normal again?

Rufus is ten years old, now. He's fine. Grandkids play with him, ride him like a horse, sleep with him. He protects them; they make him sit, give his paw, lay down and give him cookies and leftovers.

He doesn't like uniforms. He doesn't like drunks. He avoids them; he won't attack unless he or a family member is threatened. If that were to happen, remember, Huskies are pack animals.