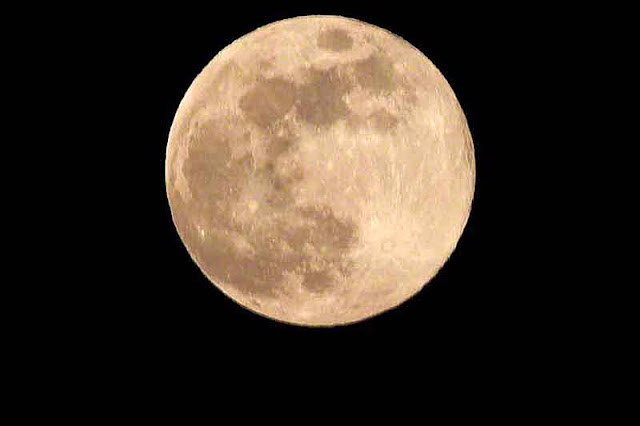 Full Flower Moon Reference
Posted by RyukyuMike at 10:24 AM No comments: 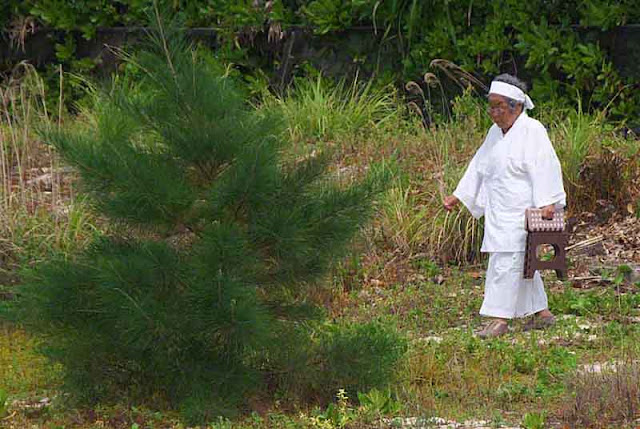 This morning we attended an event known as Abushibare. Here's a favorite photo.

The Priestess, also known as a Noro, had finished prayers and offerings at a shrine.

Here, she is walking towards the shoreline, where more rituals will be performed.

With the possibility of the full moon, peeking through the cloudy skies, I'm in a rush.

So, the other 150 images taken today, will be waiting in the pending files.

That way, batteries get charged and, I'll do some recharging in my sleeping bag.


Related Post - Photo of the Day: Seaside Rituals
Posted by RyukyuMike at 5:38 PM No comments: 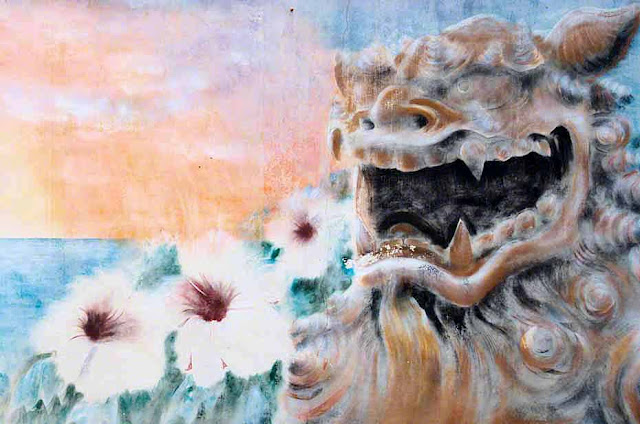 LOCATION
Posted by RyukyuMike at 3:47 PM No comments: 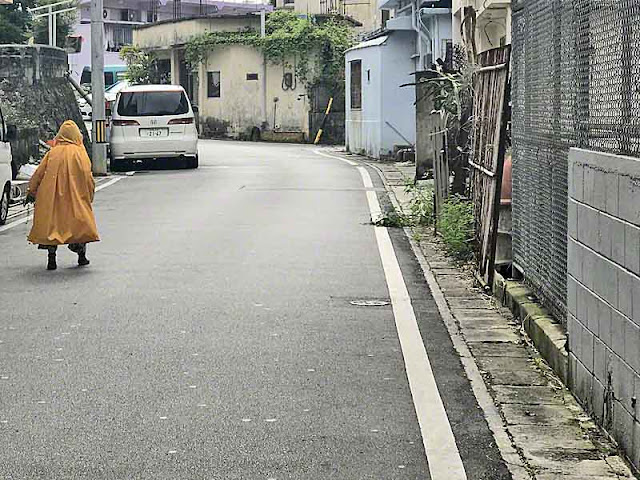 Posted by RyukyuMike at 8:37 AM No comments: 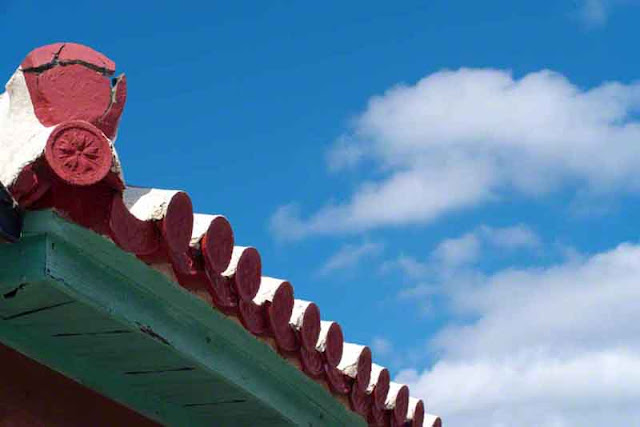 A Beautiful Day During Rainy Season

Look, I know it was Mother's Day but, I had to get out of the house yesterday.

Not feeling very motherly, I figured the gals would find something to do together.

On the way to the office, I got a chuckle when I saw some guy taking his wife to King Tacos.

That's kind of the equivalent of bringing your date to McDonald's, big spenders! 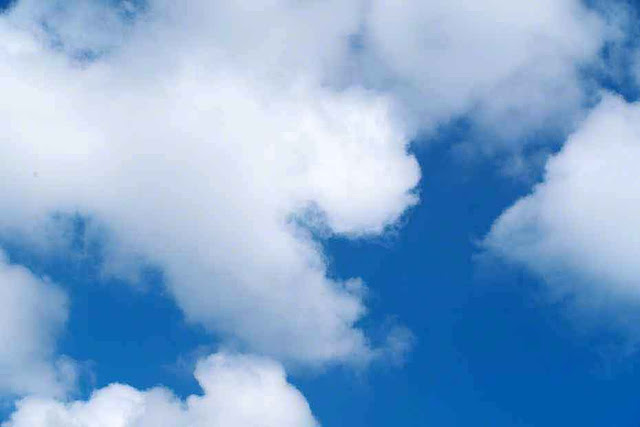 The first photo I shot at my office before stepping out the gate.

It's a good idea to fire some test shots before starting on a long hike with the camera.

It gives you an idea what exposures you'll need to be using and, more.

Suppose you forgot to put the SD card or battery back in the camera from last shooting?

Heading up the highway, these white clouds jumped out at me.  Rainy Season? 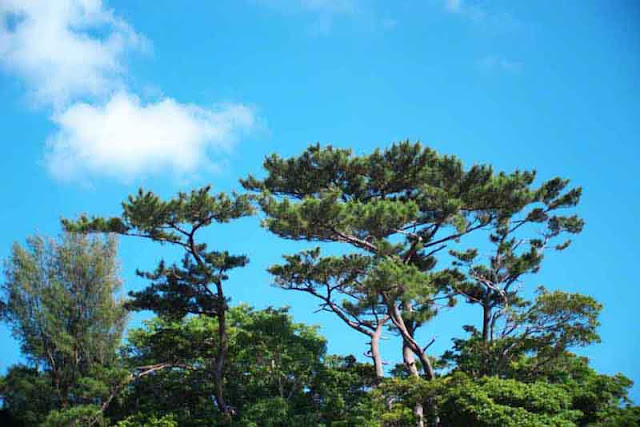 The camera was tripod mounted and I used only one lens, the Sigma 50-500 MM.

Just in case the birds all stayed at home for Mother's Day, I shot scenery along the way. 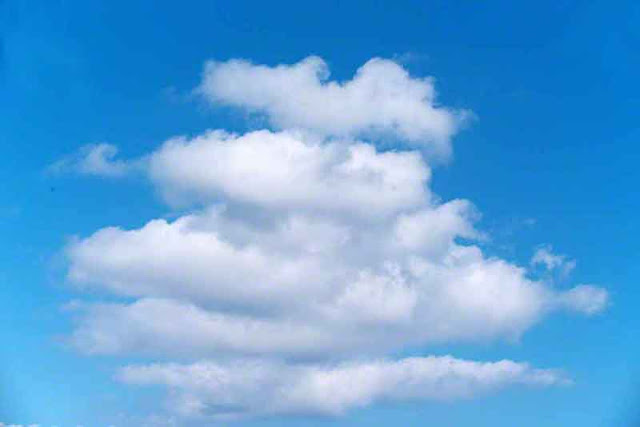 The other night another photographer was questioning me.

Where should he take beginner photographers in Okinawa to teach them?

My thoughts: "If you don't know, you probably shouldn't be teaching photography." Hah!

Anyhow, just in case there are no birds today, here are some more clouds. 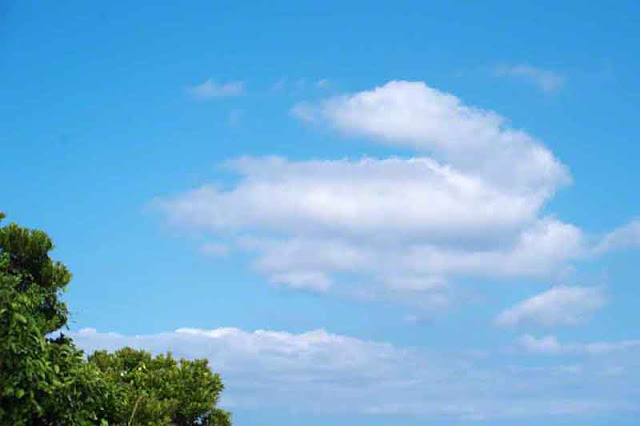 A few miles from the start, it's been a birdless day but, I was enjoying the walk.

A few crows and pigeons were out and about. I don't like wasting digital film on them.

If nothing else shows up, at least I'll have some scenery shots to take home. 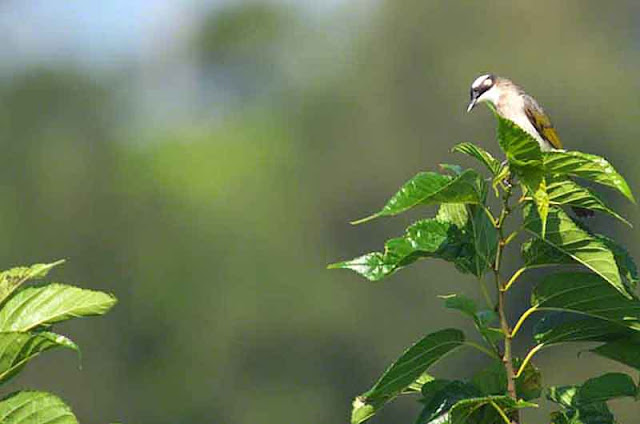 Shortly after 4 PM, this bird showed up in a tree near me.

It's a Chinese Bulbul (Pycnonotus sinensis) and, they are noisy birds.

This wasn't really needed for my collection but, a Chinese bird is better than no birds at all. 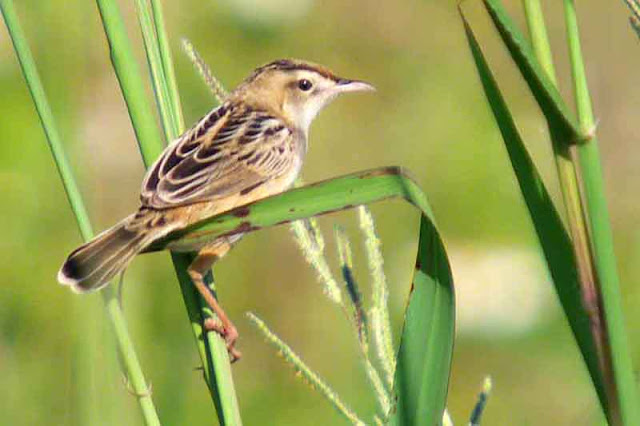 This bird, the Streaked Fantail Warbler, is fairly common around here.

It's hard to catch one being still in a spot where you can shoot them. They're jittery. 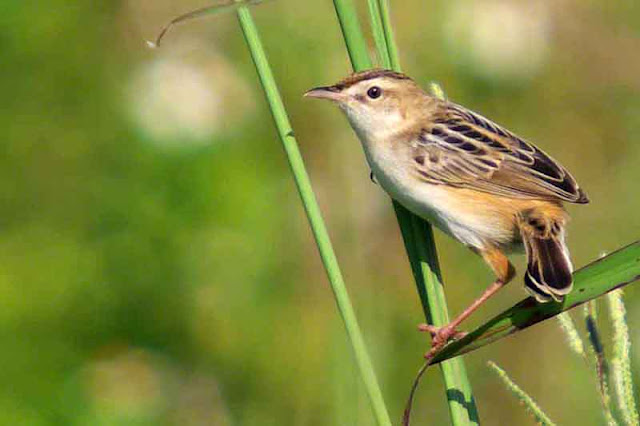 When these birds fly, they make noises like a pair of scissors, that needs oiling.

So, I usually just call them Scissors Birds.

Cisticola juncidis would be their Latin Name. 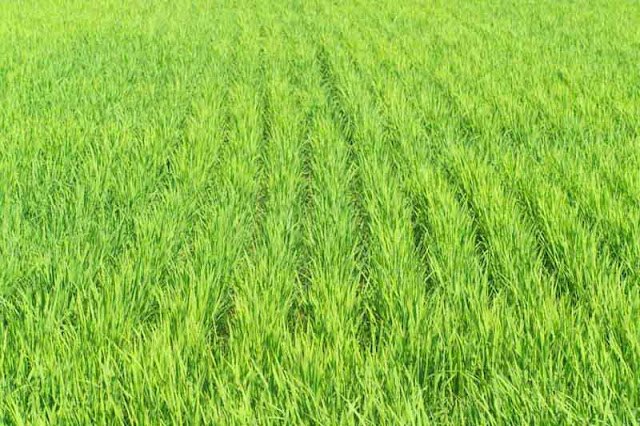 In case you've never seen young rice plants, here's what they look like.

Rice is good for you if, you feel like eating thousands of things. 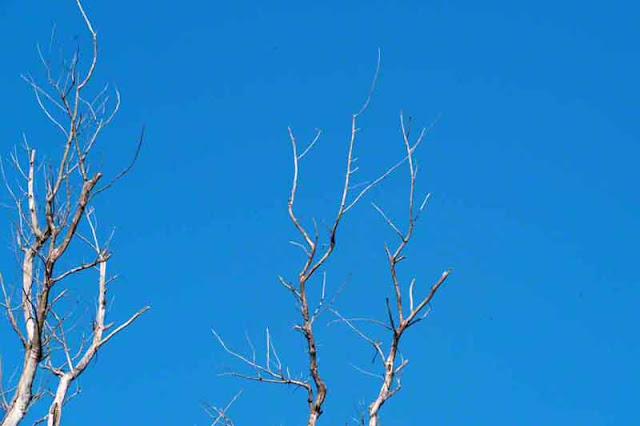 Dead trees are always something to pay attention to when looking for wildlife.

These happen to be at the farthest point along my hike and, are near the ocean. 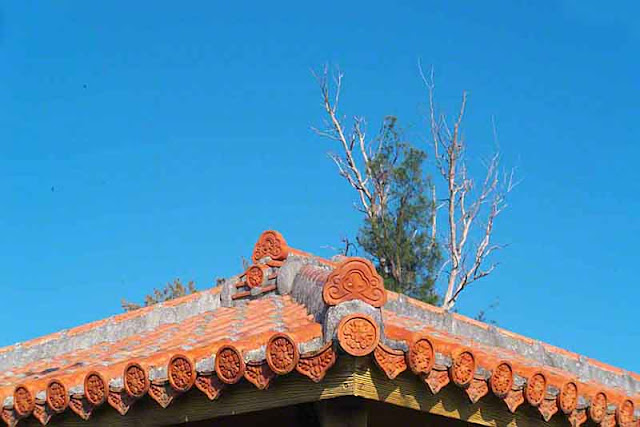 Moving in the opposite direction, I shot this roof with the dead trees in the background.

A bit of shade under those tiles and a sip of water before heading home.

It would take about an hour, to return to my office from here and, I had a plan. 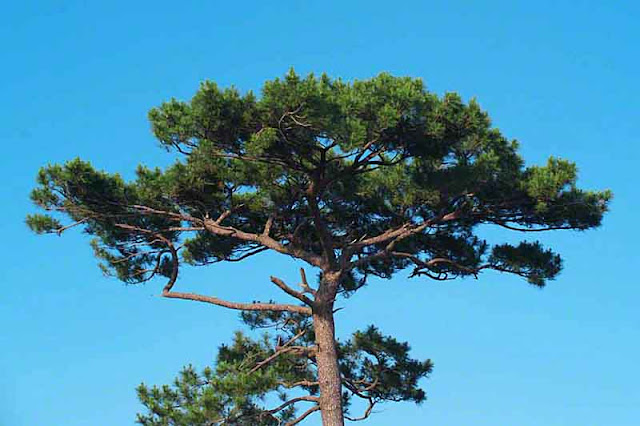 Trees like this, I consider Nature's Bonsai; they've been weather-beaten.

People doing bonsai in planters could get in big trouble, someday.

What if, a Society for Prevention of Cruelty to Trees, comes along?

Out in the hot sun a bit longer than anticipated, I reached the office.

Too tired to download, I stored the camera and locked the place up.

There's a Japanese Restaurant between the office and my home, I planned to visit.

Two steak dinner takeout orders were placed and, I surprised the wife for Mother's Day with them.

Posted by RyukyuMike at 1:16 PM No comments: 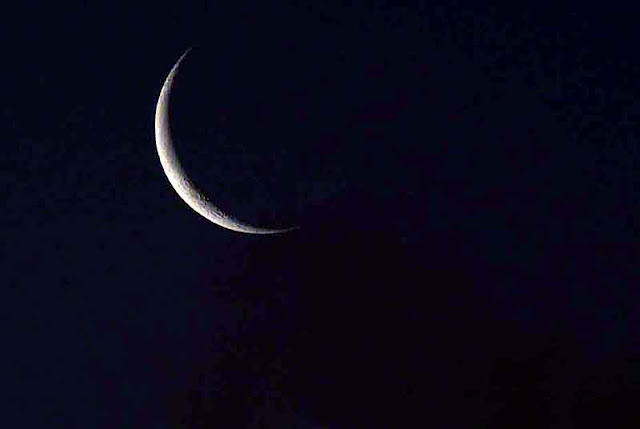 This is what's called a Waning Crescent Moon and it's two days before the New Moon arrives.

Out walking the dog, early this morning, I noticed this moon.

Normally, I don't bother shooting anything but Full Moon photos at night.

Just for the heck of it, here's a Crescent Moon for all the mothers who may have been sleeping.

Posted by RyukyuMike at 6:19 AM No comments: 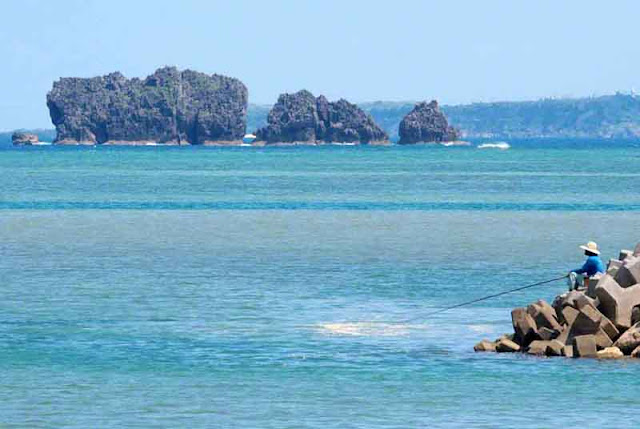 Posted by RyukyuMike at 9:54 AM No comments:

6 Photos of the Endangered Bird on Kouri Island 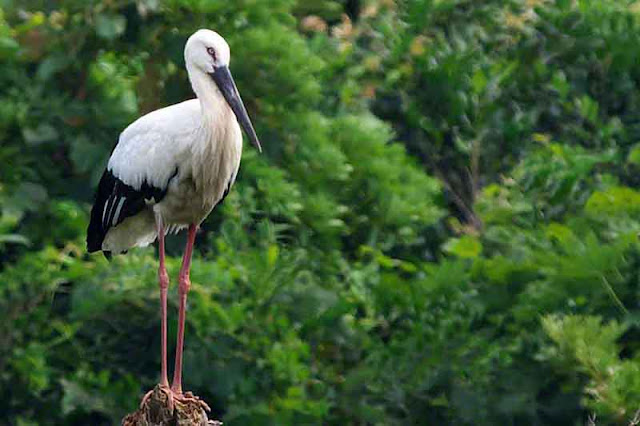 Golden Week in Japan has ended and rainy season should begin any day now.

So the good doctor, Doc Graff and I decided to visit Kourijima under blue skies.

This rare bird needed to be captured with some long lenses before it migrates off the island.

It was 10:43 when I took my first shot and, I would have hundreds before the day was done. 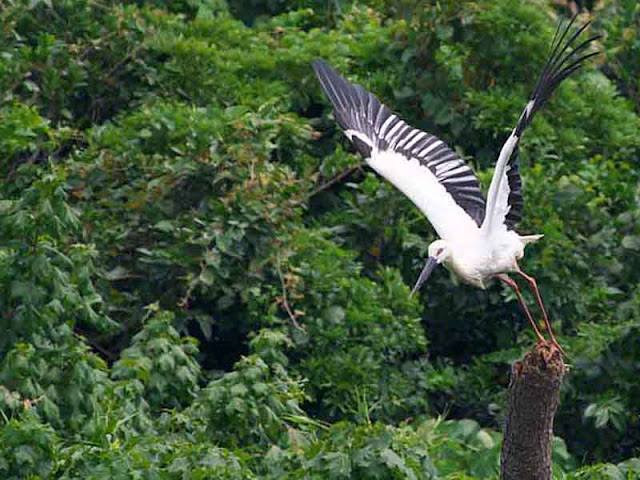 At 11:06 the bird took off in flight, giving us a view of the pattern on its wings.

The past two times we've chased this bird it disappeared while we weren't looking.

So, it was nice to discover, which direction the rascal was flying to when it wanders. 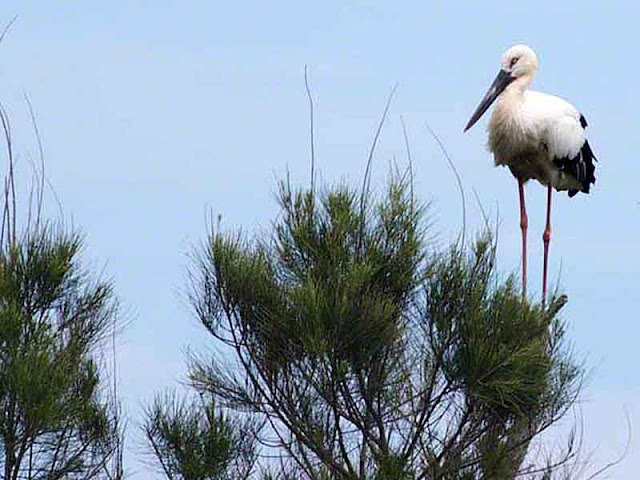 Usually, we spot the thing perched on tall, dead trees. Today it did a few things differently.

It was 11:13 when this photo was taken of the bird in live evergreens.

It reached down below and acted as if it was eating bugs or something crawling among the pines. 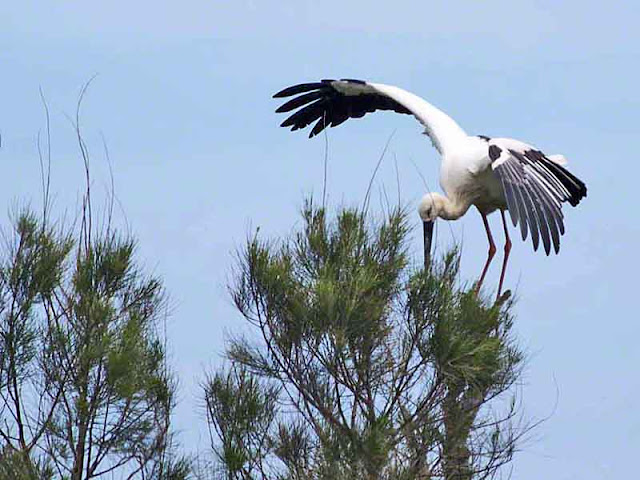 There were crows buzzing through the air on the island and they would spook the stork.

Not too wild about crows, I won't show you any scenes with them in the frame. 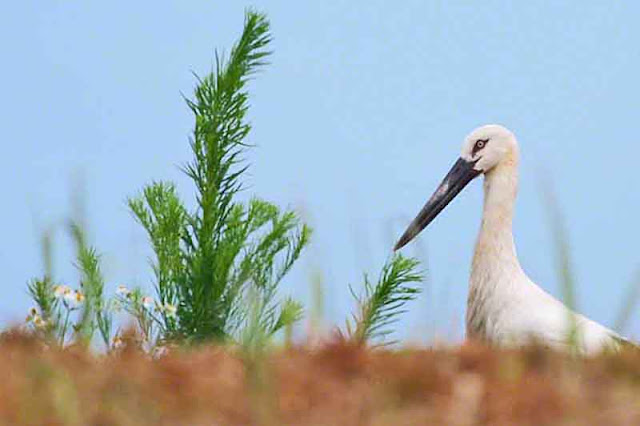 Another first was the stork landed in a field, giving us some ground shots. 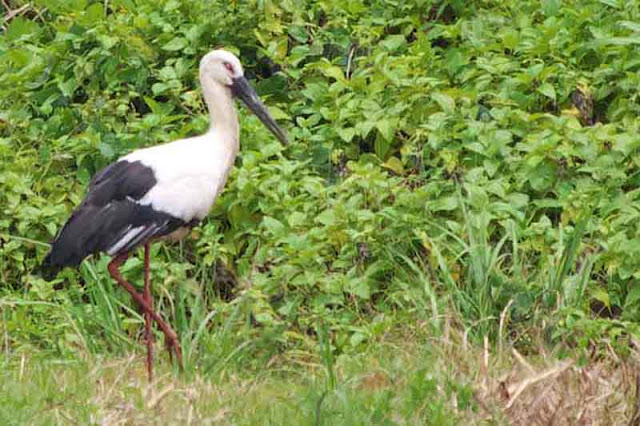 By 11:35 the bird gave me this pose with some green background.

It's hard work, chasing these elusive birds so, by 11:35 I was ready to go eat lunch.

Kentucky Fried Chicken in Nago seemed like a good place to go. So, we did.

Posted by RyukyuMike at 4:15 PM No comments: 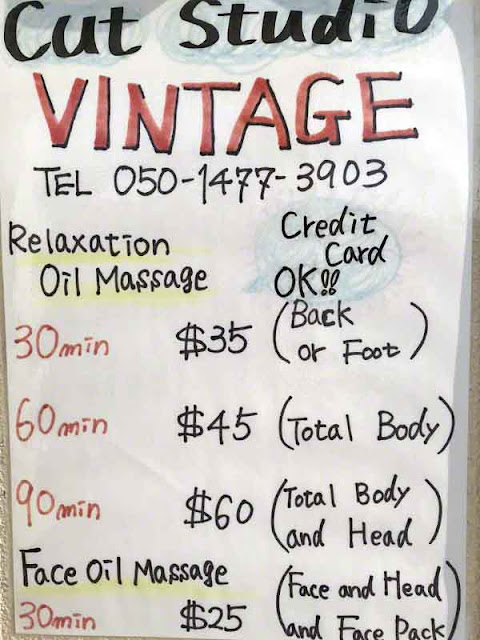 Posted by RyukyuMike at 5:38 PM No comments: 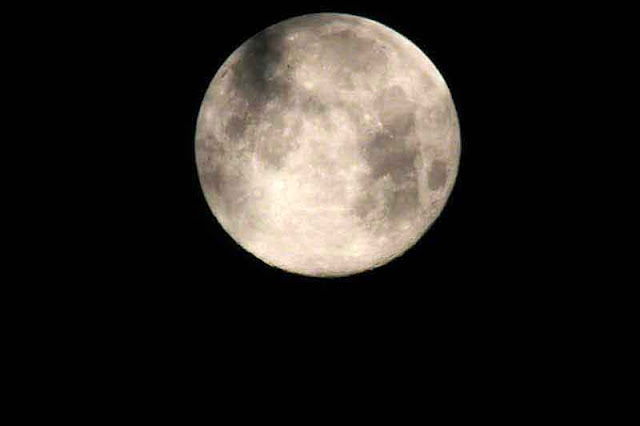 Blame It on the Dog

If the stupid animal hadn't licked me at 4 AM, this photo wouldn't be here.

There are plenty of things going on around here because it's Golden Week in Japan.

The dog got walked to my office and I grabbed the camera along with a tripod.

The moon became visible off and on for about an hour and, I shot a few photos.

This one, I'll post and may save the rest to create a clouded moon GIF.

Happy May Day Wherever You Are!
Posted by RyukyuMike at 5:45 AM No comments: