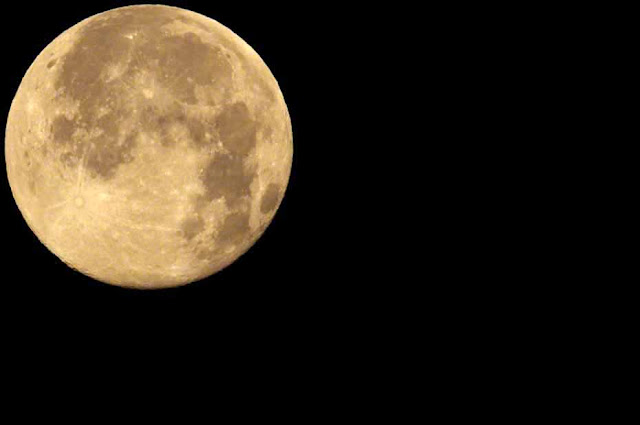 Foul weather hid the full moon as it rose on the evening of February 27th so, I didn't shoot it.

This morning at 0632 here's what I saw as I was leaving my driveway for a morning walk.

The moon appeared gold-colored as it was setting off in the west.

Rather than rotate it, to show the Moon Rabbit, sitting upright, I left the image natural.

Can you handle an upsidedown rabbit?

Posted by RyukyuMike at 9:27 PM No comments:

Lately, I've been skipping the long walk to a secluded beach for catching the sunrise.
It's better to drink lots of coffee in the warmth of the kitchen before packing up to hike. 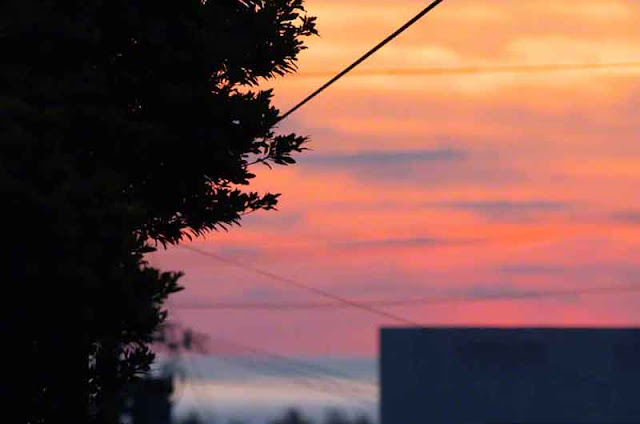 It's 7 AM and a few minutes before the sun appears rising over the ocean. 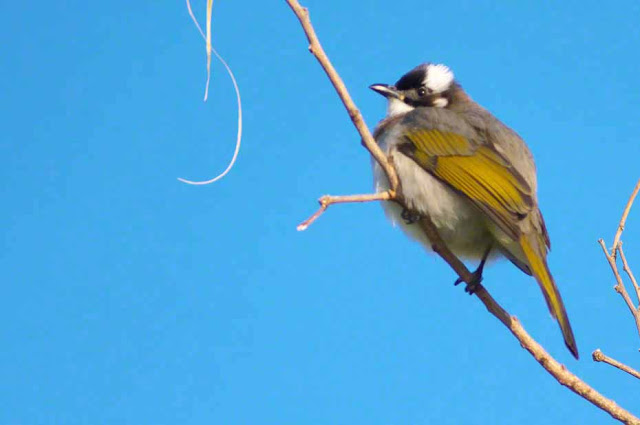 At 8:02 this Light-vented Bulbul made an appearance. 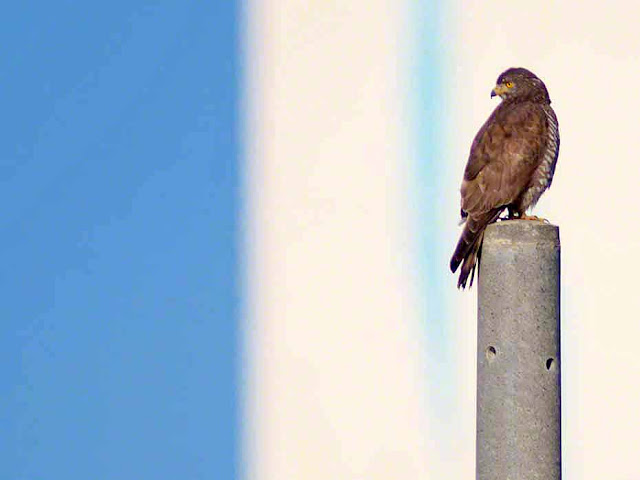 It would be 9:02 before this Grey-faced Buzzard posed for me before the Kin Powerplant. 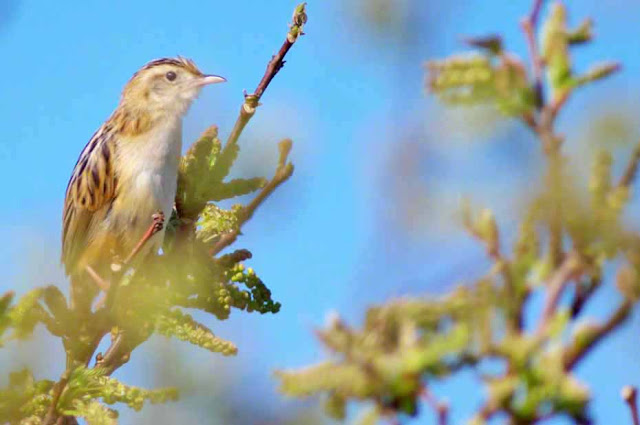 It was 9:53 when a Zitting Cisticola let me take a rushed shot with the camera. 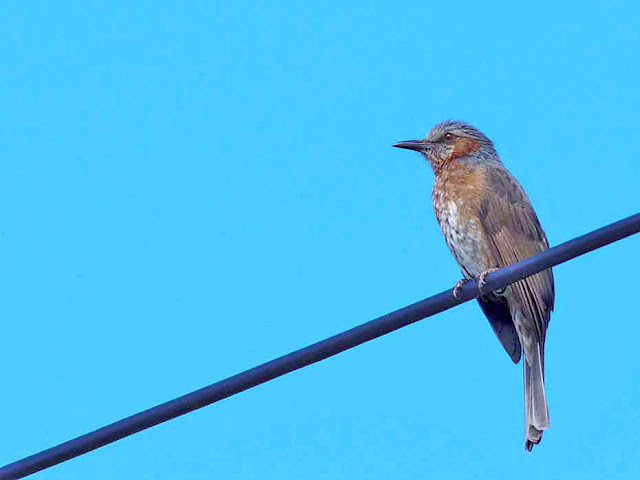 Finally, 20 minutes from home (and breakfast) a Brown-eared Bulbul showed its face.
The time was 10:41 and I wanted to be home before noon!
After all, Sunday is supposed to be a day of rest. Eh?
Posted by RyukyuMike at 1:11 AM No comments:

It's National Foundation Day in Japan and More!

That's like the 4th of July in the USA

It's a National Holiday and most people have the day off. Schools are closed.
Some sort of tropical storm is blowing cold wind and rain so, I hung around inside all day. 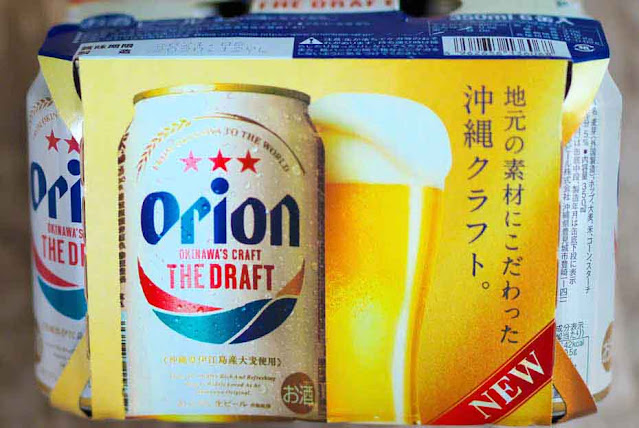 About 4 PM the wife and a daughter returned from a shopping expedition.
And the young one presented me with this ice-cold six-pack of beer.
I'm really not celebrating National Foundation Day for Japan. I'm American.
Naturally, I thanked the daughter for bringing my favorite beer.
Little did she know, I was gonna celebrate New Year's Eve tonight.
First, we must get back to the Japanese holiday.
They say Japan began (as a country) in 660 BC.
That's all I can tell you. Read the history of Japan HERE if you need all the details.

How Did New Year's Eve Get in Here Today?

When I thanked the daughter for the Orion Beer I told her it's New Year's Eve.
She looked at me like I was crazy so, I had to explain. It's Chinese New Year's Day tomorrow! 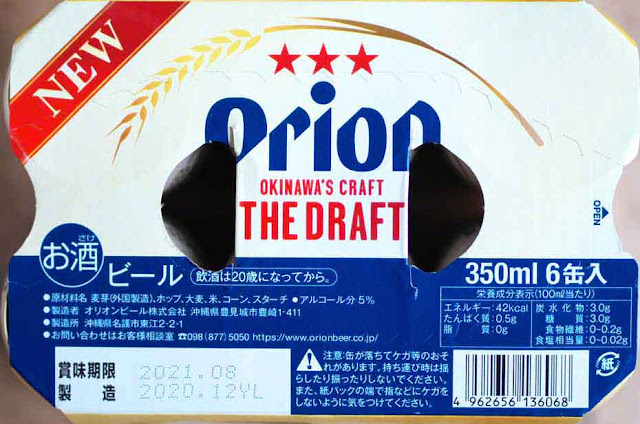 Some folks in Okinawa still use the Lunar Calendar.
And, the stick with the rituals, holiday routines, and planting of the Chinese Zodiac calendar.
Learn all about the Chinese New Year at this Site.
Adding a little more to all this holiday confusion, the daughter handed me another gift.
Some chocolate, as well as the beer, was her gift to me for Valentine's Day!
It's been a long (almost photoless) day. Two quick shots of the beer and I'm done.
One photo from the front and another displaying the top of the six-pack. That's it.
It's getting dark outside and I have some Lunar New Year's Eve business to tend to.
AMEN
Posted by RyukyuMike at 12:43 AM No comments: