Why Ocean Day (Umi No Hi) in Japan ? A Photo Essay

It's a National Holiday in Japan Monday July 18, 2011.  Call it The Day of the Sea,  Marine Day, Oceans Day or Umi No Hi (海の日) or whatever you like.  I'm just going to show a dozen photos to explain why Ocean Day in Japan is important to me.  It might surprise some people, even some way over in Scotland. 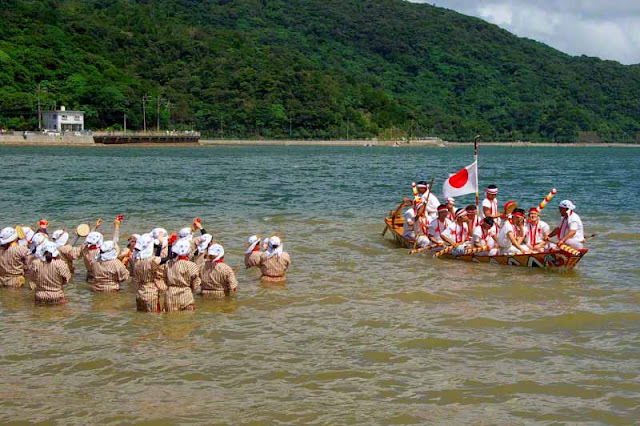 Many of the festivals and ritual ceremonies I take photos at are events associated with the ocean. 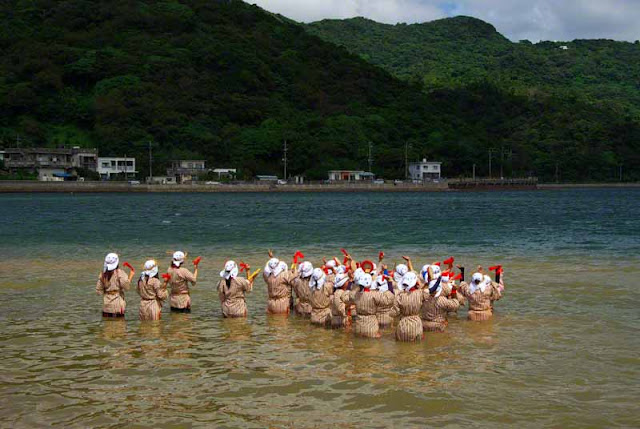 The gals hootin, hollerin, chantin, dancin in the ocean and beating drums are rooting for their team rowing a boat at the Unjami, a festival held in Ogimi Village Okinawa, Japan every August. 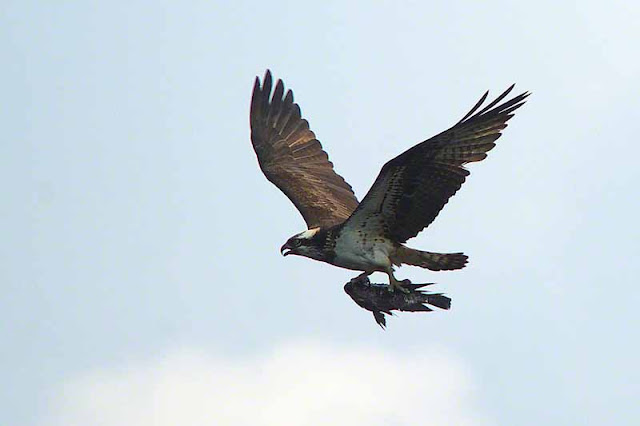 One of my favorite birds in the whole wildlife kingdom, the osprey, depends on the ocean for his food. 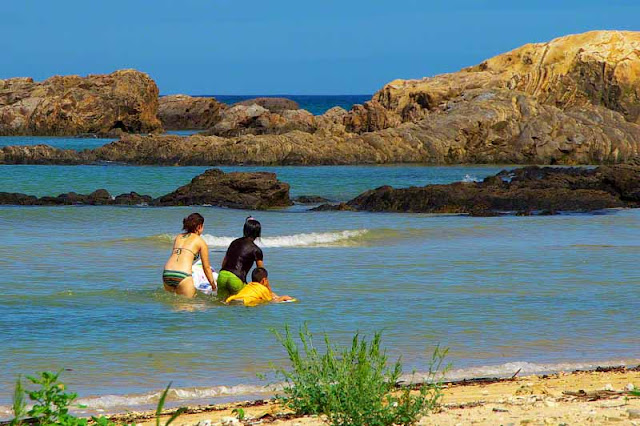 On a hot summer day, you don't need air conditioning when there's an ocean nearby to cool you down. 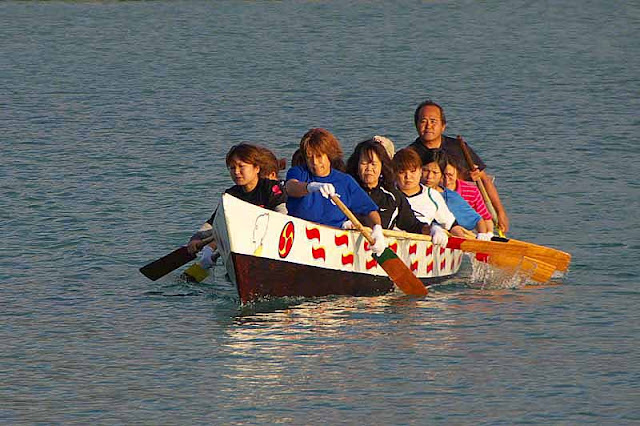 Dragonboat races, are held everywhere.  We wouldn't have them at all if it weren't for the oceans. 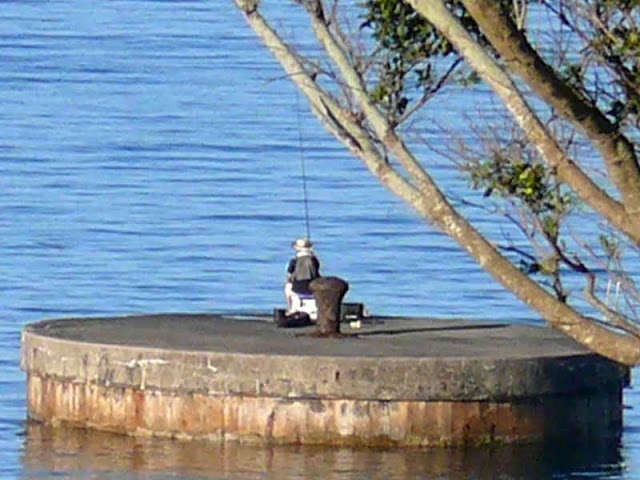 Some people go fishing as a sport, or a way to get out of the house just for relaxation. 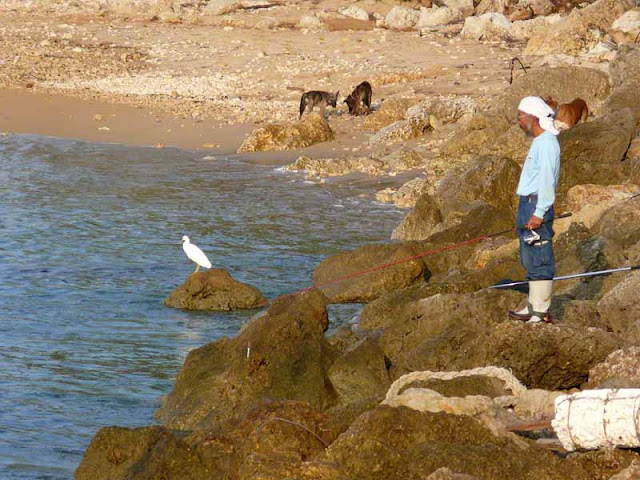 For others, it isn't for relaxation.  It is a matter of survival.  Get some fish or go home hungry. 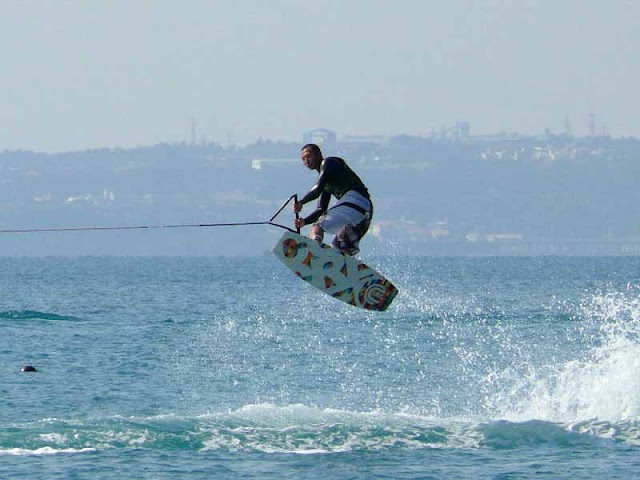 Water sports and other recreational activities that take place in the ocean are good for tourism. 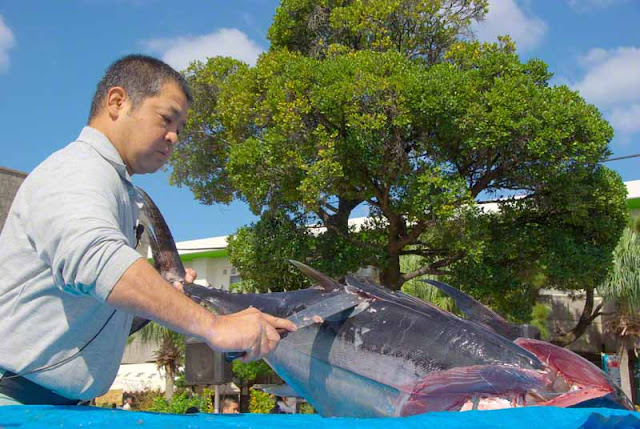 Once a year we have a festival where a guy butchers a fresh tuna right before your eyes. 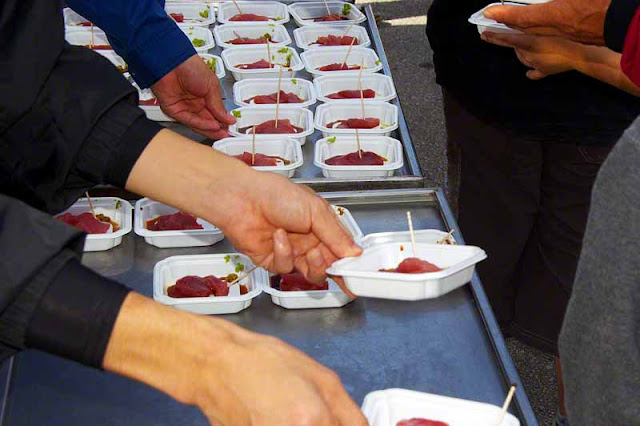 Everybody lines up a gets a serving for FREE ! 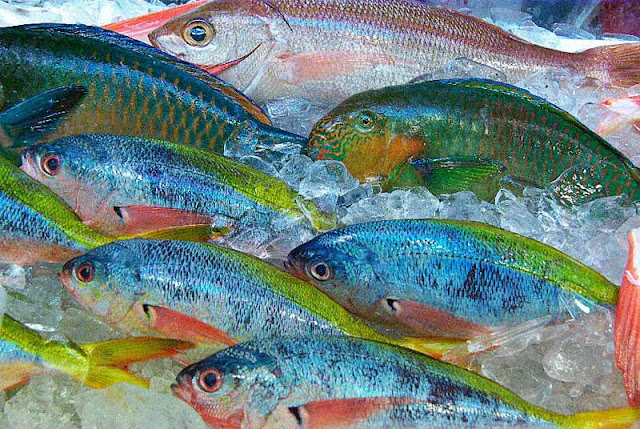 If you aren't into catching your own, or standing in lines at festivals, you can always find a fish market with the catch of the day.  You won't catch me eating any fish that was stuffed into a can.

All of the above photos demonstrate why the sea is important to me.  Just like Okinawa, many places in Japan are close to the ocean and depend upon it for the same reasons I do.

The Holiday commemorates a trip the Emperor of Japan made way back in 1876.  The ship the Emperor sailed around Japan in was built by A SHIPBUILDER IN SCOTLAND ! 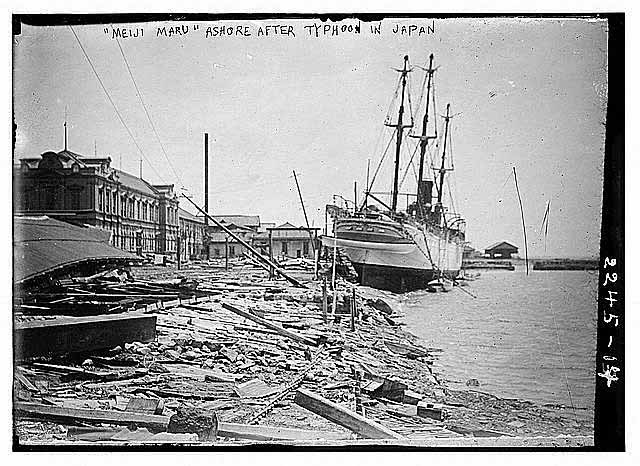 I WONDER IF MY FRIENDS IN SCOTLAND KNEW ABOUT THEIR CONTRIBUTION TO OCEAN DAY IN JAPAN ?

Its great to know different festivals like this , celebrated in Japan.

Your shot of that osprey is simply spectacular! By the way, is that Mr. Miyagi (from the original Karate Kid) in the 7th picture from the top?

P.S.: The next time you want to get Ryan's attention, his very lovely and extremely nice wife says that he usually responds to, "Hey, doommy (dummy in English)," fairly quickly. Of course, being as much of a Scot as he is, fairly quickly might take days.

Muza-chan, Maddy and FishHawk thanks. Naw, that'snot Mr. Miyagi but, next time I see him I'll let him know you thought he was a movie star!

Superhappyawesome,
Whew, long handle, hope I got it right.
Thank you. I visited your blog and will attempt to follow.

And not to mention, if it weren't for the oceans, all those island nations would be looking rather silly now... congratulations to Japan on Ocean Day (especially as the new Womens World Cup Winners!).

AdelaideBen,
Thank you. I've been so busy I missed the Women's Championships.
Congratulations to all those gals !

Great post Mike I hope you enjoyed Ocean Day. I didn't know the emperors ship was built in Scotland but it comes as no surprise as the shipyards of the river Cylde were once the most productive and powerful in the world. Nowadays it's mostly ugly looking, expensive, yuppy apartments that sit where these once proud ship building companies were. A tragedy really, I blame that evil old witch Thatcher. Take no notice of FishHawk, I think his wife forgot to put his pills in his cereal this morning.

Ryan,
Aw, FishHawk ain't a bad guy. Sometimes, I reckon he just ends up sitting on a bent tailfeather and it tickles !