Flower Lovers, Are These Humongous Coleus Plants or What ?

Zooming up the highway as if we were a couple of escaped convicts, THE GOYA REPUBLIC GUY and I almost missed these flower thingies today.  It's Wednesday in Okinawa, Japan and that means get-as-far-away-as-fast-as-you-can-with-the-cameras-before-a-missus-starts-thinking-of -things-to-do-around-the-house. 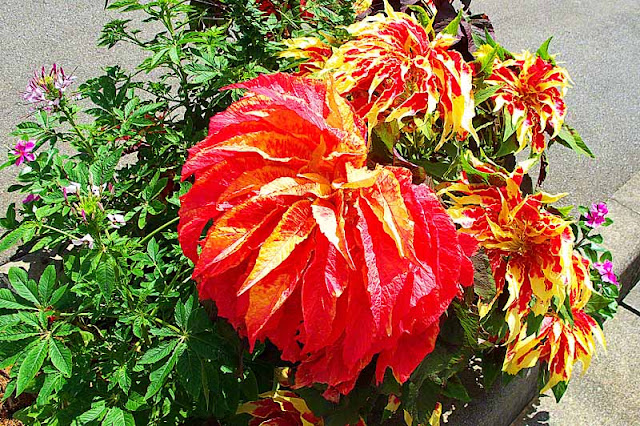 Cruising at what some folks would consider to be a legal speed, I spotted these bright colored plants.  I'm not sure if they should be called flowers.  Some of them were the size of pumpkins. 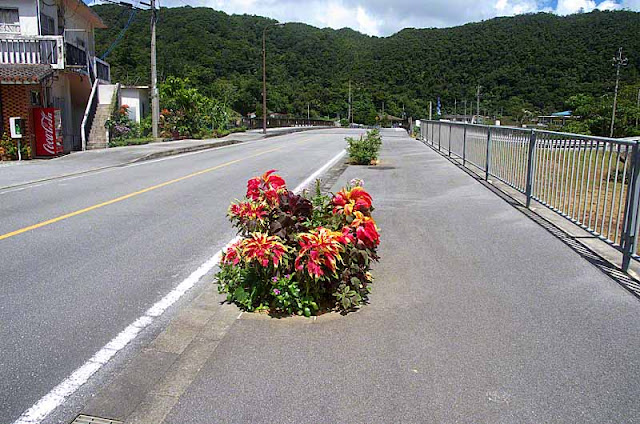 When we decelerated enough to turn around and park the batmobile I grabbed two cameras and ran across HWY58.  This shot was taken with the Pentax K5 at f/11  1/500  ISO 400. 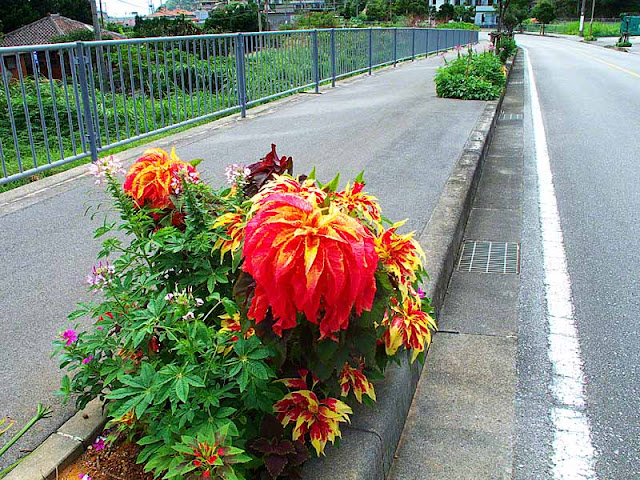 Then, I approached the things from the south to snap this photo using the Canon G12 at f/8   1/60  ISO 100.
Now, I might not know my flowers and I'm just guessing these critters are some kind of humongous Coleus Plants.
Cameras, I know a little bit about so, I'm starting to run that G12 through some tests.
The first thing I did was get it out of AUTO MODE and switch to RAW FILES. 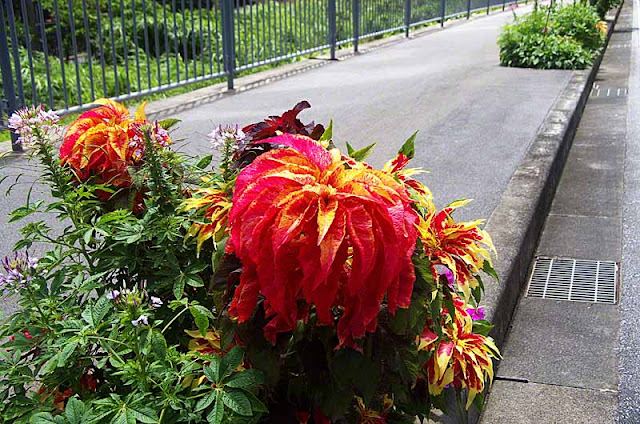 This photo was taken with the K5 on a tripod, using a shutter release cable and standing on the highway where motorcycles were buzzing by me at twice the speed of Doc's batmobile. 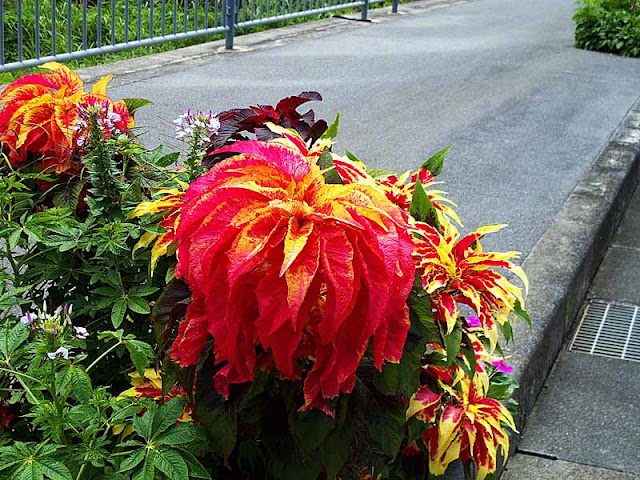 Just in case you haven't already guessed, I'm putting that little devil through some tests.

The colors that came out of the camera when it was fired in fully AUTO MODE were kind of disappointing, to me.  But, they look fine here.  Maybe, the genius operating the camera did something like bump a white balance setting by mistake.  Who knows ? 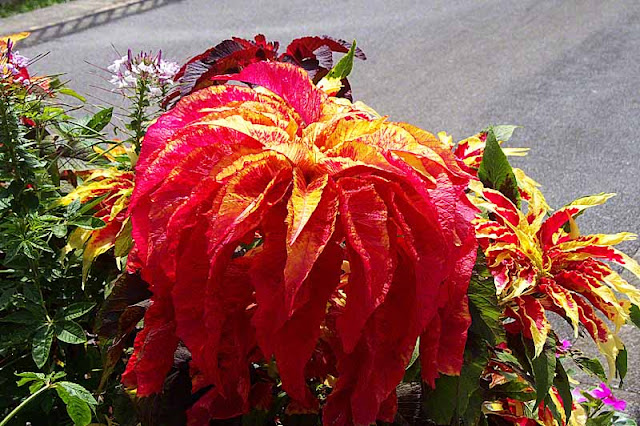 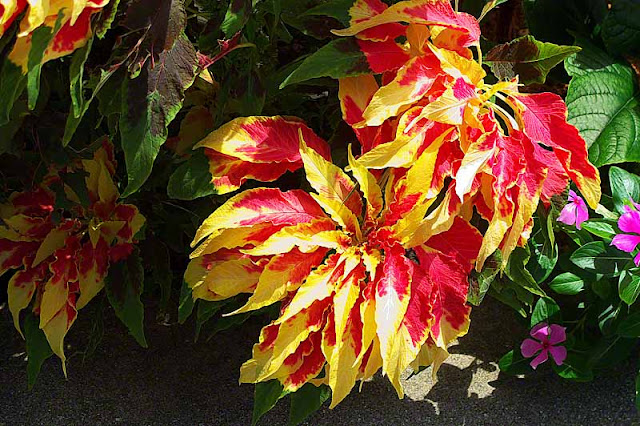 Before getting safely off the highway I snapped one more quick shot with the G12.
Not exactly laboratory conditions, the wind was blowing but, that's what happens, sometimes in real life.  Camera specs:  f/3.5  1/640  ISO 100.

So far, I'm impressed with the results the little Canon G12 is giving me but, it'll take a few months to give it one of my Mad Mike's Reviews.

Now, back to those flower thingies.

If some of the flower lovers out there can help me, we can help the WIKIPEDIA FOLKS, TOO.

They seem to have some material missing from their references on Coleus Plants.

Is anybody a flower or Coleus expert ?

All I want to know about the plants I shot today is:

ARE THESE HUMONGOUS COLEUS PLANTS OR WHAT ?

Posted by RyukyuMike at 2:42 AM

Could be in coleus family. Take a cutting?

Jim,
Yup, I'm fairly certain that's what they are and have seen folks just take a leaf, poke a toothpick through it into some soil and they sprout.
But, I don't take a cutting without asking for permission. Now, the wife, well, that's another story.

Mike, this is Ryukyu Ru. That is an great looking plant. Surprise it's still there. Stands out like Celebrity in a grocery mart.

Ryukyu Ru,
Hah, you just reminded me, I drove right by that same spot twice in the past few days during the hours od darkness. Never saw the things. Maybe, someone did snag the plants!

I think they are Amaranthus

Patti,
Could be. I wouldn't argue with anyone over a flower's scientific name.