Warrior Gals in Okinawa (Photos) They Started It ! 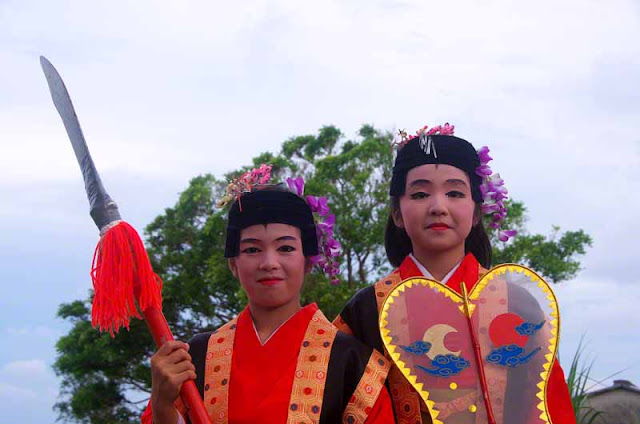 Last night was the first time I ever saw anything like this in Okinawa, Japan. 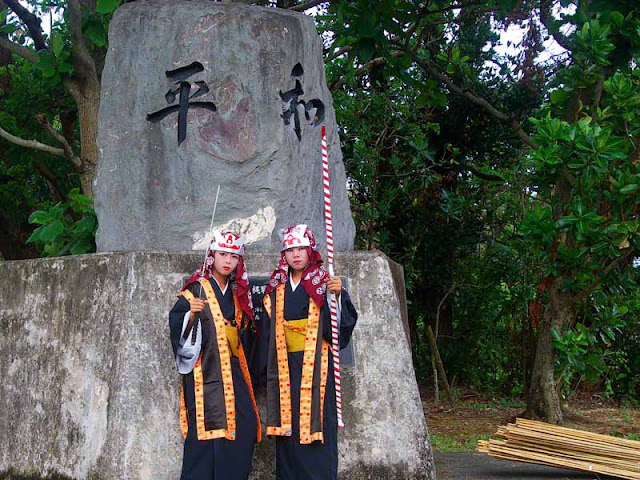 These innocent looking gals got all decked out in royalty-looking duds. 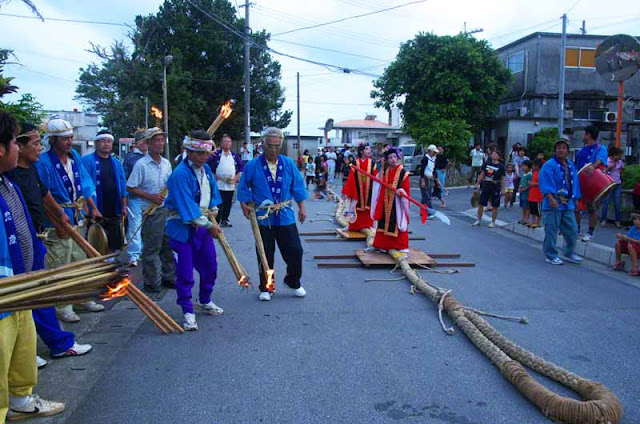 The villagers loaded them up on pallets tied to ropes. 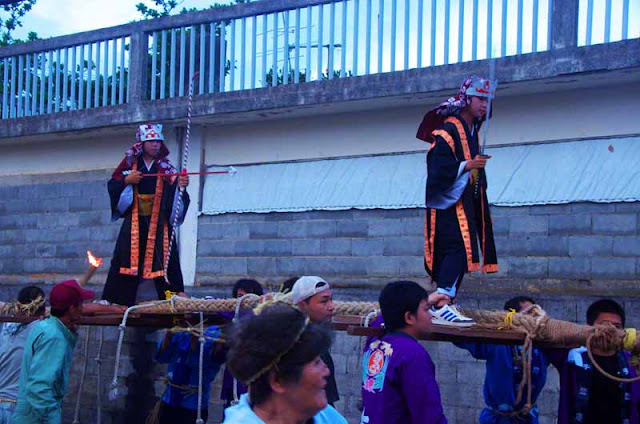 And they hauled them along with the ropes from both ends of town. 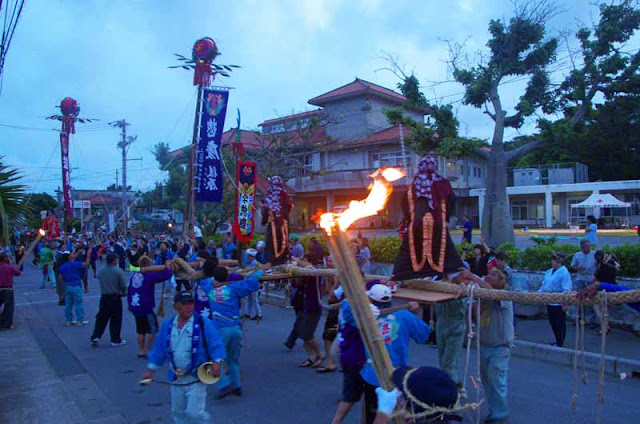 Where they could meet and holler at each other to start off a tug-o-war.

There's no telling what kinda stuff they were saying.

Everybody was making noise, yelling, whistling, blowing seashells and beating drums so loud you couldn't hear exactly what the warrior gals were hollering.  It was probably something like we used to say as kids.

Not only did they have women warriors starting the tug-o-war in Ginoza Okinawa, Japan last night, they even had some gals sumo wrestle against the boys.  That's two firsts in one day, for me.

So, I shot about 6 gigabytes of photos and have been up 'til the wee hours developing.  This little teaser will have to do for now and I'll try to catch up and post some more as soon as the breaking news stops breaking around here.  Standby for more.....

Leave to the Warrior Women to start a war, LOL Tug of war , waiting to see the rest of those photos,,Thanks Mike

Gene,
Still haven't developed them all, yet and am headed out to shoot more. Work; it's fun !