Not complaining,  it wasn't a damn festival I went to yesterday.  It was a DAM FESTIVAL, the Kanna Dam Matsuri, just a twenty minute drive from where I live in Okinawa, Japan. 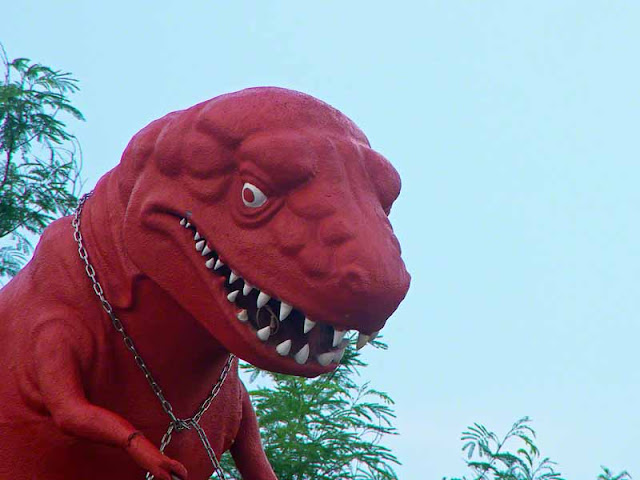 It's a good idea to drive around and see some sights before fighting your way into a parking lot at a festival so, I drove a few miles north of the fairgrounds to shoot Godzilla. 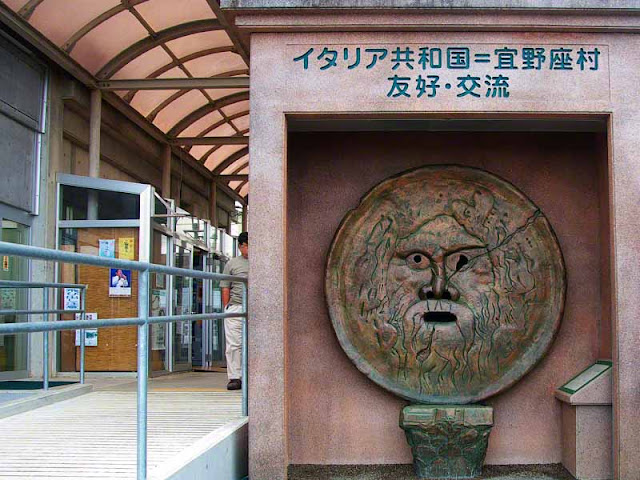 Then, I stopped at a parking area below the dam and and snatched this photo of a bellybutton monument.  It didn't have any ticks, but there are coins inside.  It's a gift from Italy. 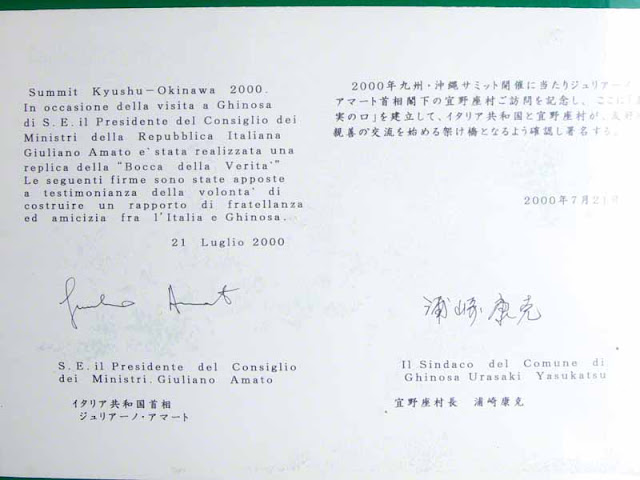 Just in case you think I make this stuff up, go ahead and read the Italian inscription.  I can't read the stuff.  But, if somebody bothered to engrave the words on a monument plaque, it's probably true ! 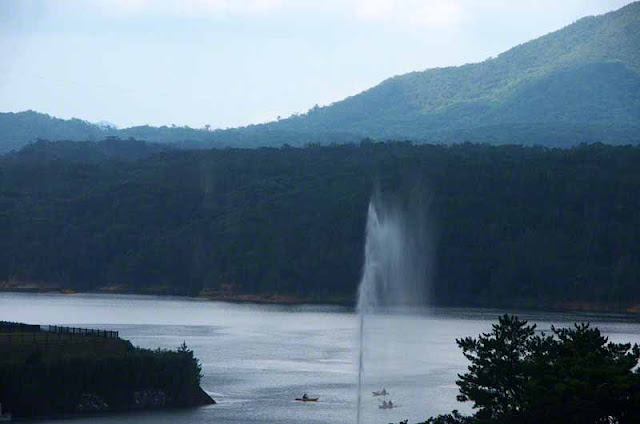 This photo shows you Kanna Dam. Wouldn't you know it, as soon as I got to the damn dam, it started raining.  I climed up in an observation tower, where I had a roof over my head and the sky went black.  The people in the kayaks had been paying to get a ride under that spray of water to cool them off after spending the day in the steaming-hot Okinawa sun.  Hah ! 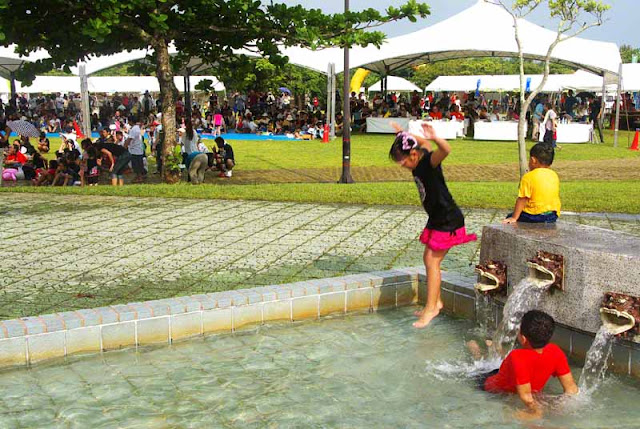 Eventually, the rain quit and when the sun started blazing again, kids were jumping and splashing in this little fountain, to stay cool. 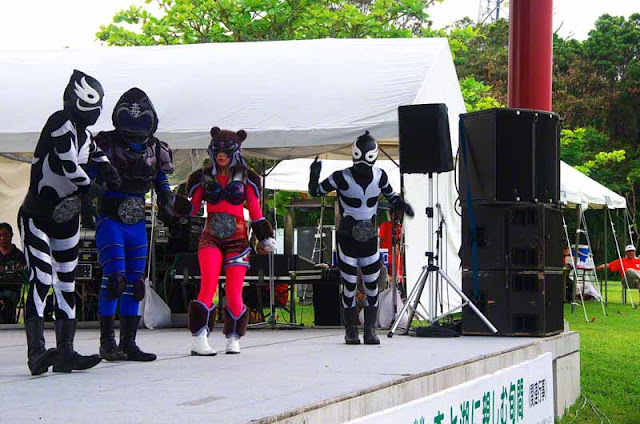 Here's a photo of some characters I've never seen before.

Ya'll know, I research things thoroughly before posting them online most of the time.

So, I snapped a copy of this on my cell phone and ran across the street.

Lucky for me, my granddaughter stopped by with a little brother and saw me doing a blog.

Those grannies are nuts.  These characters ain't Ultramen !

Ladies, Gentlemen and all others, let me introduce you to some Okinawan Superheroes.

Those Grandkids of mine are experts on these sort of things.

We'll have to see what it takes to get them Wikipedia qualified, someday.

Right now I'm drying, cleaning and charging up the cameras for the next damn festival.

This one isn't at a dam.

Wait'll the wife finds out I invited all the grandkids to join us at this little-known festival tonight.

When she finds out I'm packing about 6 more passengers in the car to go to the festival....

NOTE TO LOCAL READERS: DIRECTIONS TO THE BELLYBUTTON MAY BE FOUND HERE

Monsters, Bellybutton and superheros you cover a lot to get the story for Us. Thanks Mike

Gehe,
LOL That was nothing compared to wehat I went through tonite getting photos at anoyther festival. Standby for more...