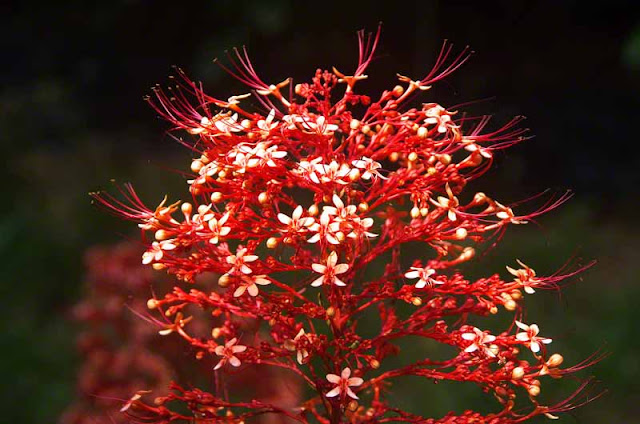 This flower has been researched online and so far, no luck determining what the English or scientific names might be.  So, from now on wherever I see one, I'll just call them Shima Higiri.

Very pretty. I have no idea on the name.

LadyE,
That's a problem I have plenty of times. When I ask a local and get local dialect, it can't be researched online, in dictionaries, or anywhere. Hopefully, someone will recognize it and holler at me !

She is a beauty!

Next time you ask a local the name of a flower, have them write it down for you. Great shot.

Ryan,
Exactly wut I dun. Got it writ down in local-readable-dialect. The problem being, it doesn't translate to any recognizable English or Japanese !
You know. Kinda like the way you talk sometimes. LOL

I'll have you know, I speak the queens english lol..well sometimes when I'm on the phone. Have you ever watched a show on the History Channel entitled 'Swamp People' it's about a bunch of cajun alligator hunters in Loiusiana...great show but I have no clue what the hell they're saying!!! Maybe you could translate?

Ryan,
Yea, they have some hard to understand dialects down that way but, right nice people. Maybe FishHawk could help with translatin.
Me watch History Channel, hah.
That's on TV, aint it ?
Mw watch TV ? Hah !