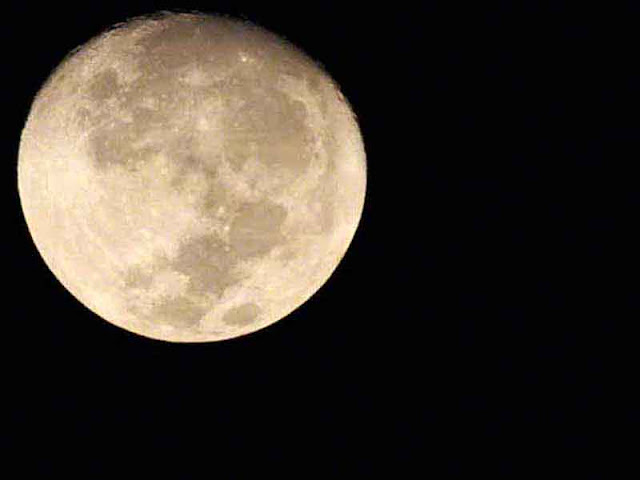 The Chinese calendar sometimes places the full moon differently than a Roman calendar.

That was the case this month. I won't argue with the Chinese or Romans either. 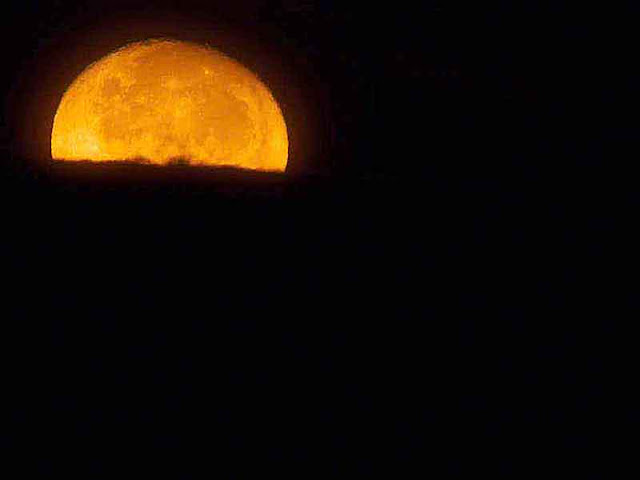 For this month's full moon photography, the plan was, to catch the moon setting in the West.

Waking up at 2:30 in the morning, I would walk to the beach with the dog and a camera.

By the time I wandered home, the sun would be rising. 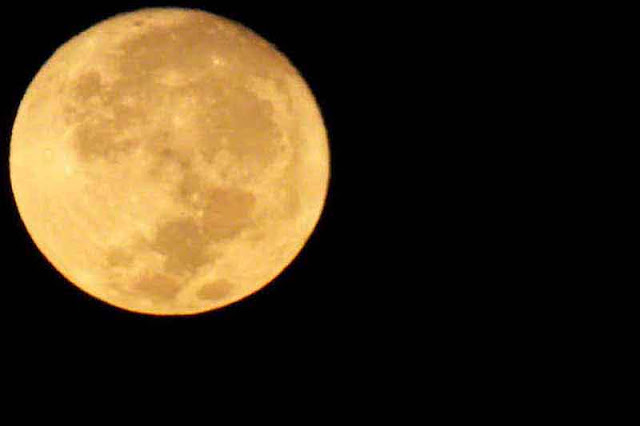 Its cool enough in the mornings to wear a light jacket and, the mosquitoes aren't awake, yet.

The moon shines and fades as clouds blow by. 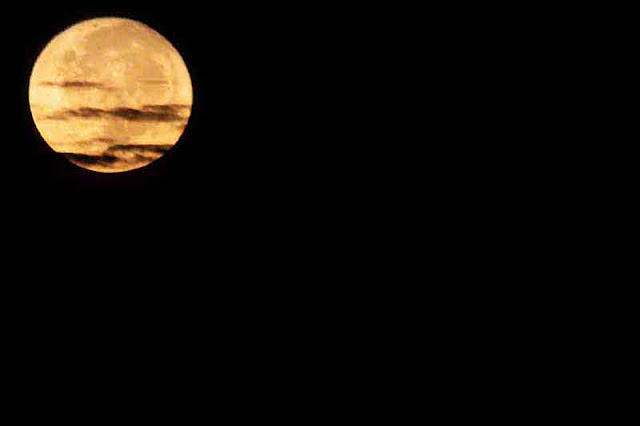 My preference would be for clear shots of the moon but, some folks like to see the weather.

It didn't rain and wasn't too windy. Clouds kept drifting in and out of my scenes. 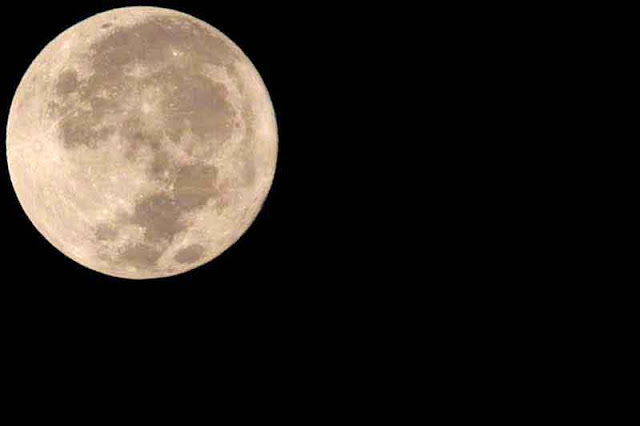 Clouds and moisture in the air can change the colors captured in the moon.

There are ways to change the color after taking photos but, I leave them natural.

So, what you are seeing is, exactly what I saw, except for cropping and enlarging the scenery. 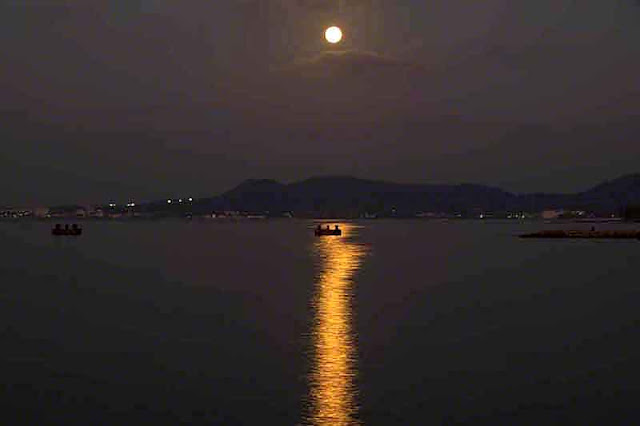 Shortly after 6 AM, this was my parting shot.

Standing on a seawall at Kin Port, I caught the moon reflecting over the bay.

A few minutes later, it would be setting behind the clouds.

Posted by RyukyuMike at 1:21 AM