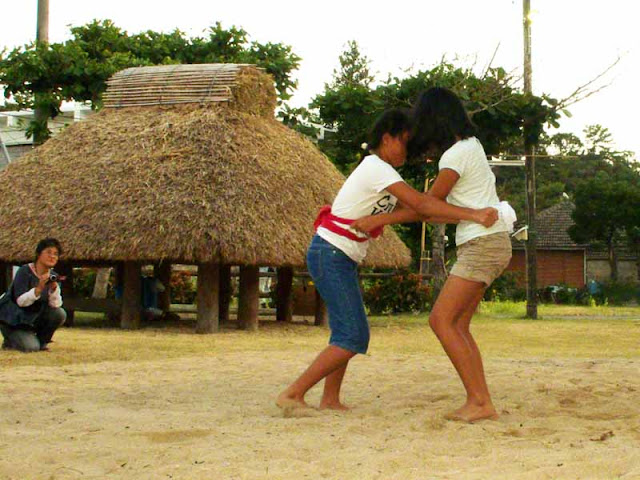 Sumo Wrestling in Okinawa, Japan isn't like the big, fat-bellied stuff you see on television.  It's a sport that doesn't get all that much publicity.  Here are a few photos from the Village of Ada. 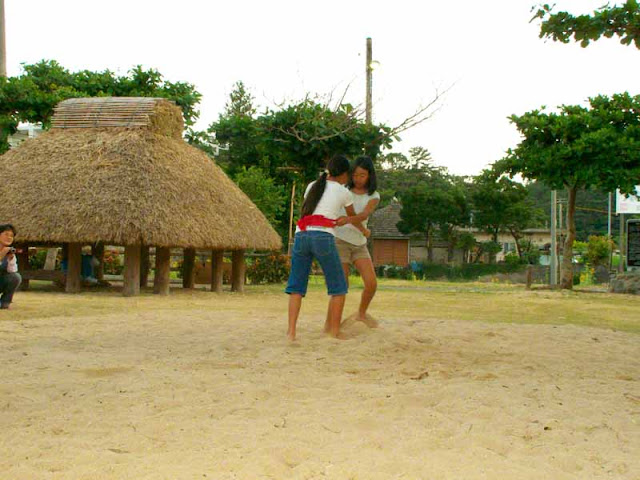 Just recently, I started shooting photos of children doing sumo.  It happens at lots of festivals but,  I've been too busy shooting other activities and never paid much attention to the wrestling events. 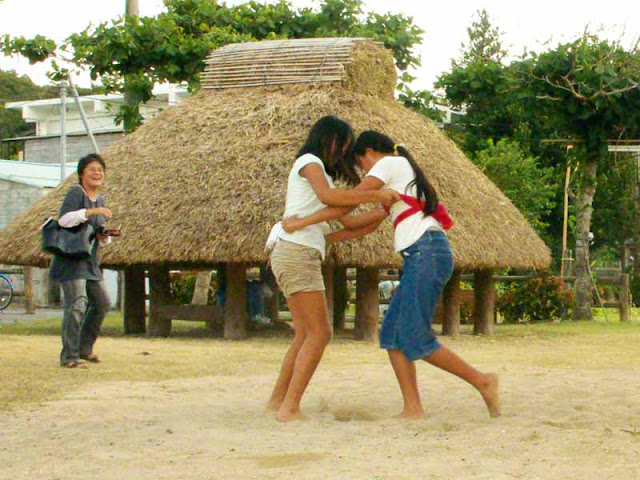 With little kids the match is usually over in a matter of seconds.  Not with these two girls.  They acted like they were dancing, or something. Neither one wanted to beat the other is what I'm guessing. 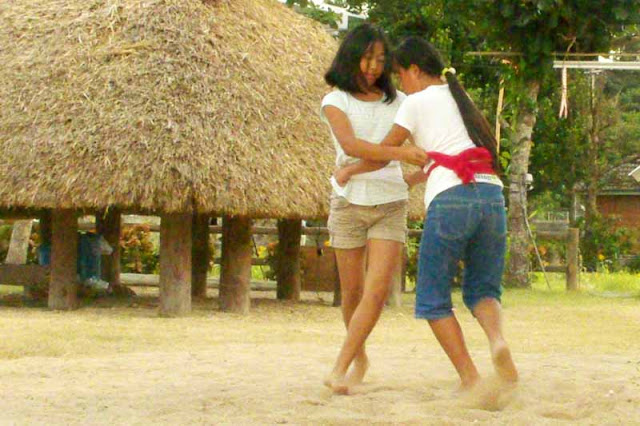 After a few parents, hecklers, or somebody yelled enough at them, they started doing some foot sweeps to try and trip up their opponent.  So, now it just looks like they're dancing a bit faster. 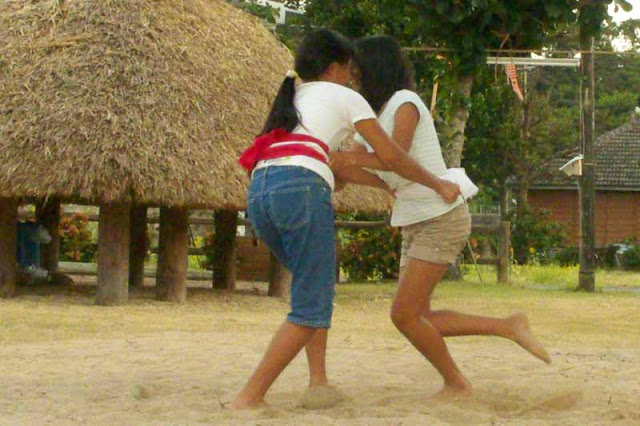 After a few minutes more of heckling, dancing, giggling and maybe whispering stuff like "We better do something or they'll never let us out of this predicament.  Just fall down or get knocked down ya hear"! 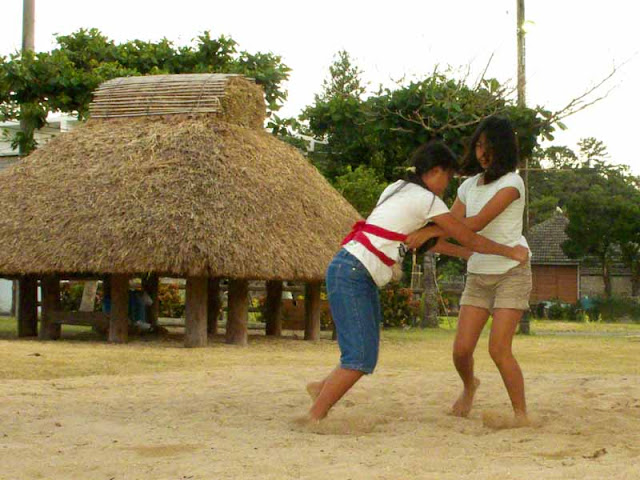 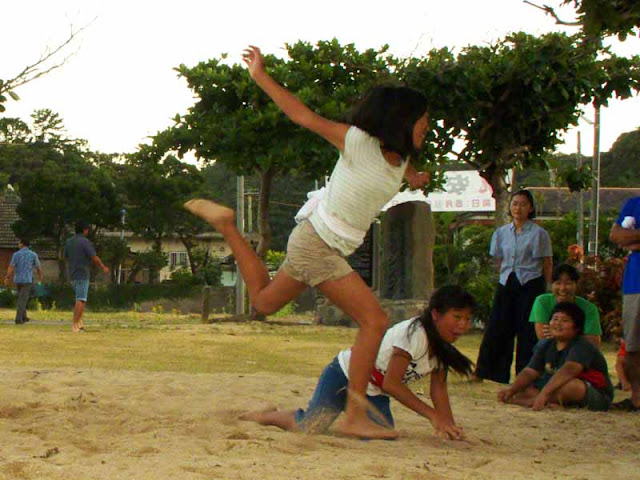 I BELIEVE I CAN FLY !
LEARN MORE ABOUT THE DIFFERENCE BETWEEN JAPANESE AND OKINAWAN SUMO HERE

SOMETIMES IN SUMO A GIRL CLOBBERS A GUY