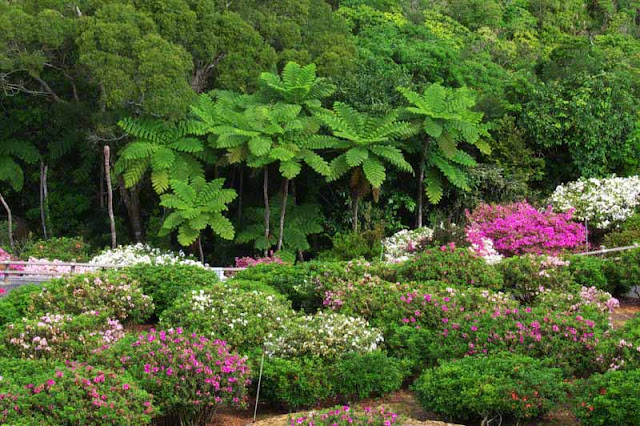 The ferns right behind the pink and white flowers in this photo don't look very tall when viewed from this angle.  I was up in a tower shooting an Azalea Festival at the time and thought they added some interesting colors and contrast to my shot.  I took this photo with the Panasonic DMC-FZ50 in March 2009.

These ferns grow all over the forests of northern Okinawa, the area we call Yanbaru.  Today I was back up that way again shooting coffee plants when Flying Spider-monkey Tree Fern popped into my head. 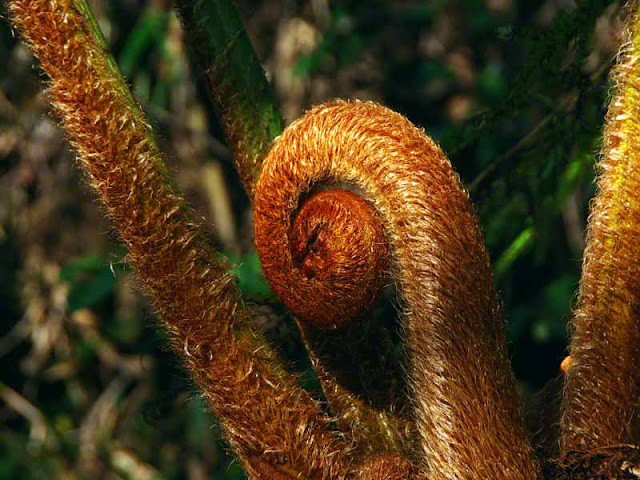 Here's a shot from 2009 that I took with the Pentax KD10.  It's just a sprout of a fern that I couldn't identify, at the time.  I narrowed it down to two of the thousands of types you can find in the fern family but, was never sure what the thing really is supposed to be called. 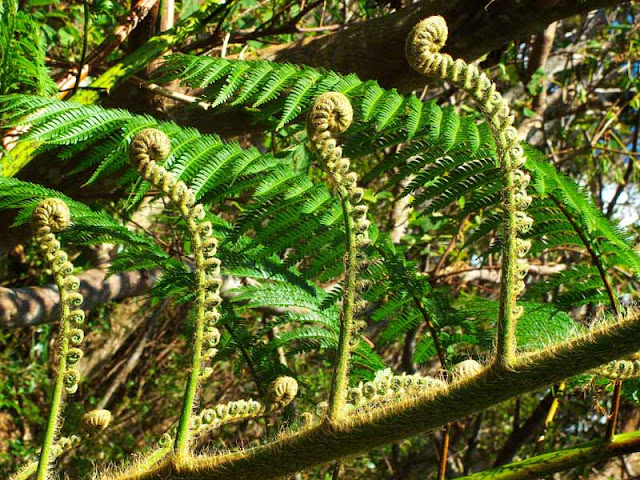 As I was leaving the area where the coffee plants were and brushing spider webs out of my face walking up a jungle trail, I spotted these guys overhead and shot them with the Canon G12.  No tripod, handheld and with camera flash turned on,  I snapped a few quick shots and got out of there as fast as I could.  Spiders and monkeys and ferns, I had to figure this out TODAY before it really drives me crazy.

Doc and RyukyuRu were up above at the coffee house drinking freshly made iced coffee.  I didn't mention spiders, monkeys, or anything.  I drank some coffee, too.  Then, shot a few more photos of little potted coffee plants.  Doc bought a couple of them.  We thanked the guy running the place and went off on our next adventure, chasing the sun with our cameras.

A few hours later as we were coming down out of the mountains RyukyuRu says "Hey, Mike.  Look at those ferns.  There's a bunch of them over there".  I told him they're spider monkey arm ferns, or something like that.  And, they have been driving me nuts, ever since.

Well, I downloaded my camera and developed the shots.  Then, I did some serious research.

They are Flying Spider-monkey Tree Ferns (Cyathea lepifera) because someone thinks the way the new plants and leafs form looks like a spider monkey's arm.  I don't make this stuff up.

THE ENCYCLOPEDIA OF TREE FERNS photos and descriptions.

Posted by RyukyuMike at 3:58 AM