This Bird Made My Day 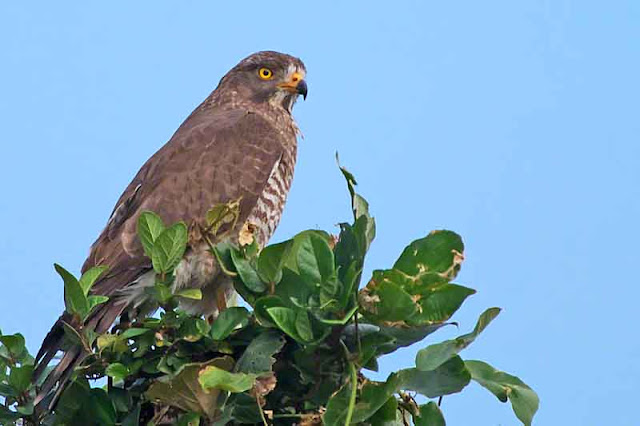 A Hectic Week with Springlike Weather

Daylight temperatures have been mild this week and we've been going outside without jackets.

It could be a sign that winter is over but, you never know when you're living on an island.

This afternoon skies got cloudy several times and there was a good chance it would rain.

The past few days I spent lots of time going to the dentist and a massage expert.

No need to give you the gory details, let's just say appointments kept me busy.

A Few Minutes Break in the Clouds

Several dozen shots were composed, of this bird, perched on poles under darkened skies.

When I spotted the critter perched in a tree, I moved closer and set up the tripod.

Clouds were rapidly moving across the background. I wanted some blue sky. 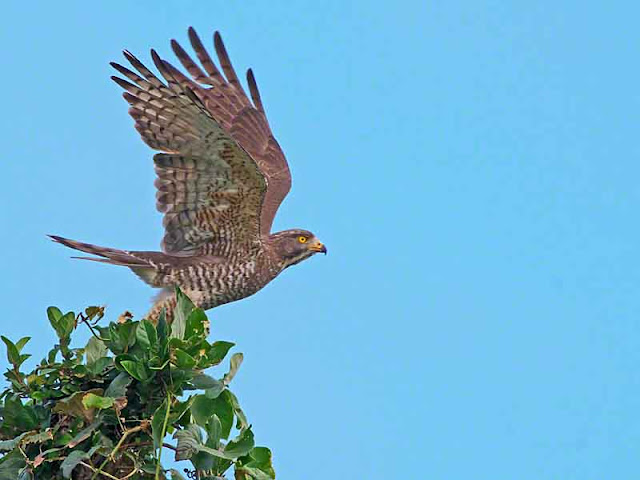 The Grey-faced Buzzard is a migratory bird, visiting Okinawa from October until March.

Hopefully, I'll be able to capture more images of them in-flight before they depart.
Posted by RyukyuMike at 8:38 PM