6 Photos of a Golden Buddha in a Cave 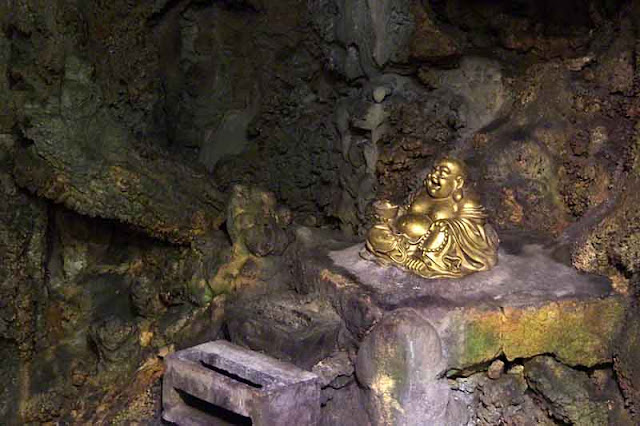 Images Made with the New Pentax K1

The highways are insane with Golden Week travelers these days so, I avoided them.

It was a good day, to go down underground and visit Buddha, I figured.

Using nothing but, available light, I pushed the ISO's on the camera, to see what it would do.

The Pentax was handheld, using my knees or a concrete post to steady the shots.

This first photo was taken at ISO 3200 and, didn't come out too shabby. 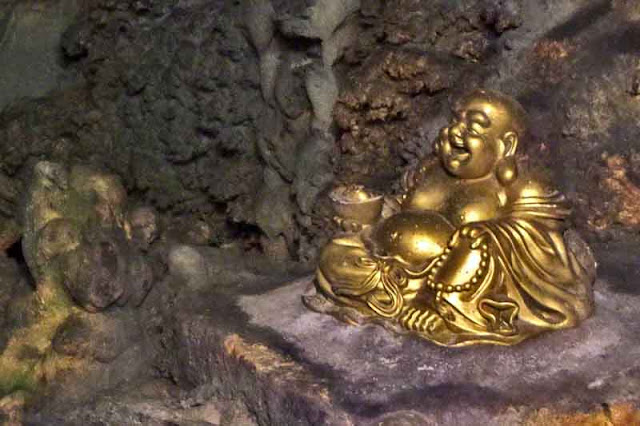 Here's another image taken at ISO 3200, giving you a closer look.

Someday, I'll have to ask the monk at Kin Temple if, it would be alright, to dust Buddha off.

It would be best, to get permission.  Don't wanna lose my passport into heaven, you know. 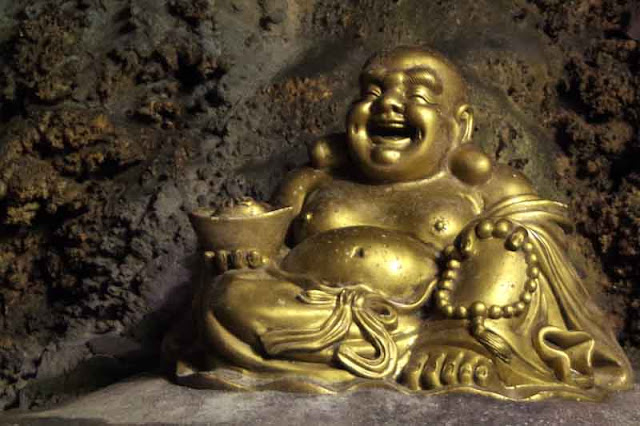 Next, I took a shot at ISO 1600, to see if there would be much difference.

Moving around, to a different position in the cave, gave me a new angle, to shoot from.

You can see from the tone of the gold, it was a little darker, where I was standing. 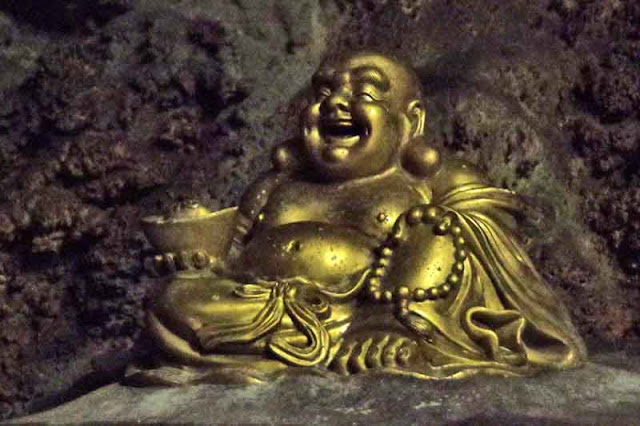 Families, coming down into the cave, were real polite and, excused themselves, passing me.

Maybe, they thought I was some kind of cave-dweller.  Who knows ? 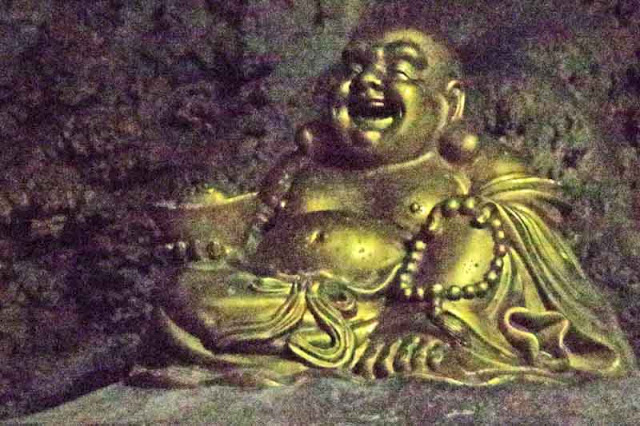 We'll save this image, in case someone wants to buy grainy photos. 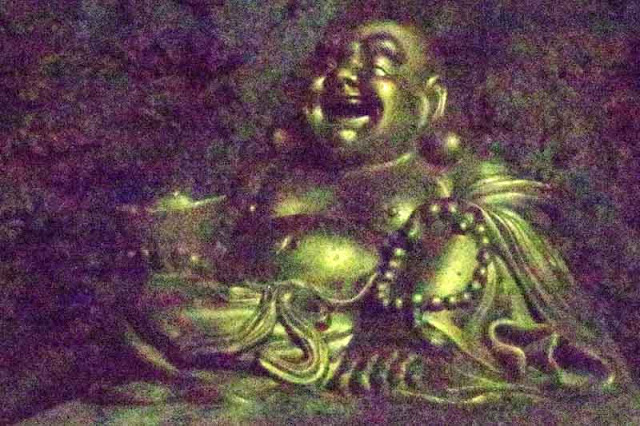 Next time, I bring the camera to that cave, I think I'll try a tripod.