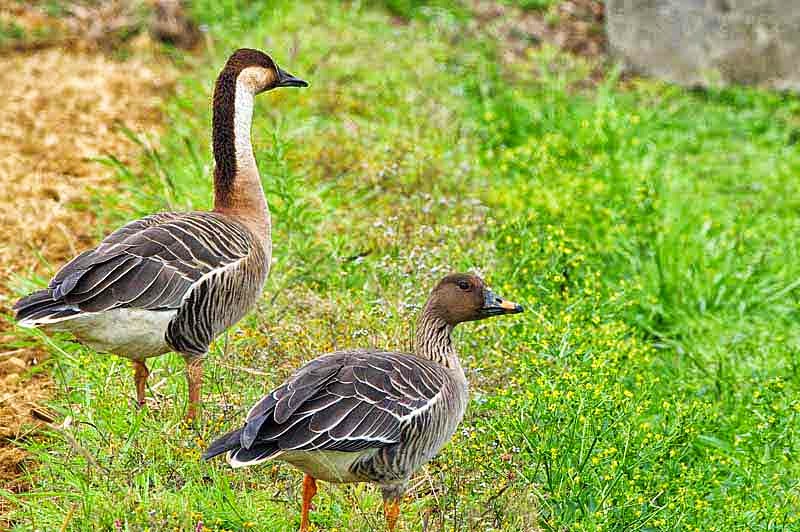 The Pair Was Spotted Again Today

The feathers on their backs and sides look the same.

Once you get past the base of the neck, it looks like two different breeds of birds.

Everybody wants directions to see these geese, now.

Not too good at giving directions, I'll have to find someone to GPS the spot for me.

Thinking, I could Google Map the place was a mistake.

It looks like the satellite and map people, haven't been there, yet. 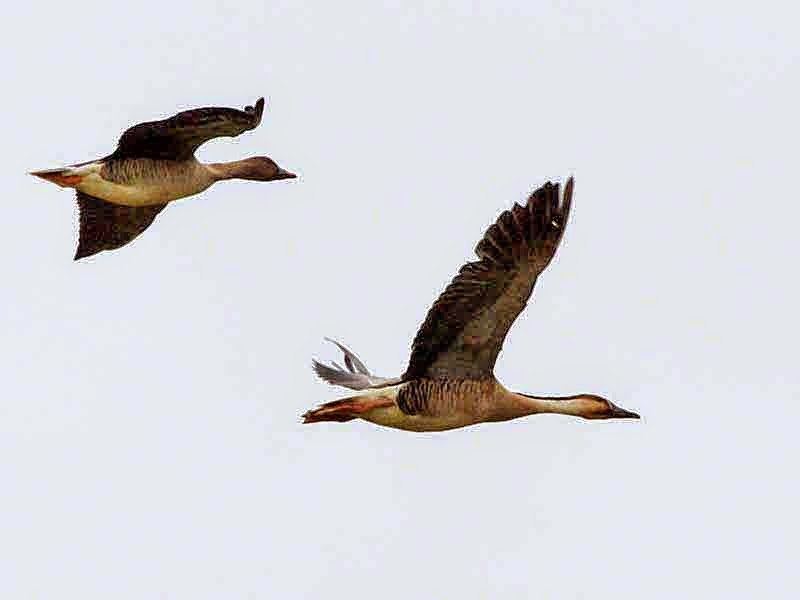 These geese, hangout together, eat the same stuff and, fly together.

But, folks are telling me, they aren't the same species.

The big guy, is a Swan Goose. The gal, is some sort of Bean Goose.

Not being any kind of bird expert, I'll let someone else decide, what they might be. 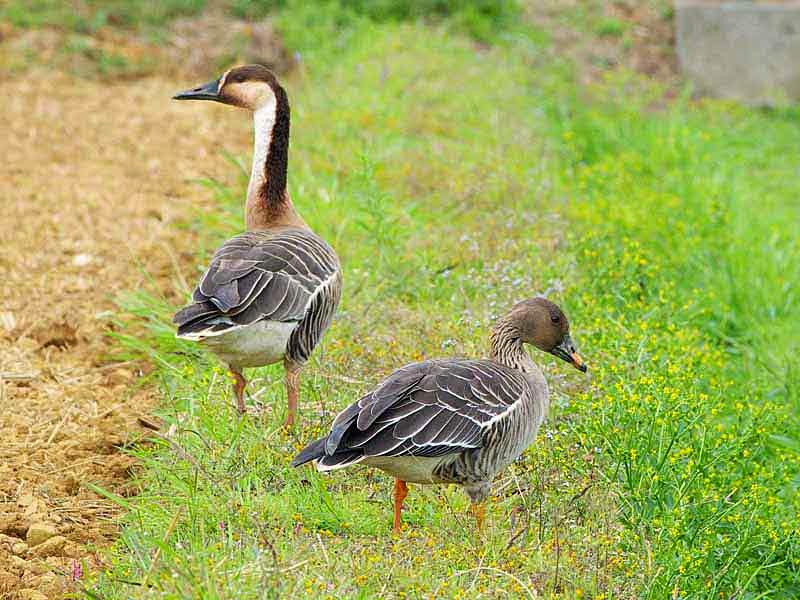 See how the guy bird, is ignoring the gal ?

There's always the possibility, they are a married couple, is what I've been thinking.

From the Handbook of the World, check this out:

It's a scientific description for the female bird, pictured above.


Closely related to A. brachyrhynchus, which has been considered a race of present species. Taxonomic treatment of this complex has varied: in addition to recognition of A. brachyrhynchus as a full species, some studies have advanced the case for treating race serrirostris (with rossicus) as a separate species, morphologically and reproductively distinct from the three taiga populations of present species; a subsequent phylogenetic review also recognized three species within the complex, but in this case A. brachyrhynchus, A. fabalis (including rossicus and serrirostris) and A. middendorffii (incorporating johanseni as a synonym). In view of the contradictory findings of these various studies, and the fact that races intergrade to an uncertain extent, it would seem safer for the time being to retain the widely recognized treatment of two species, A. brachyrhynchus and A. fabalis."

There are several photos of the Swan Goose and, a bit of history.

One Swan Goose image, shows a bit of orange coloring in the bird's bill.

And, there's a page of Domestic Swan Goose Hybrids but, none like this couple.

That would be alright, if we had a bird from China and one from Russia, visiting here.

If they got hooked up correctly, we may have some goose eggs, lying around somewhere.

And, when they hatch, we'll call them the Ryukyu Goose !