Riding around Kouri Island last Monday this creature caught my eye. It was huge.

A large black and white bird was at the top of a dead tree. It looked unreal.

Being a sort of tourist trap island, I figured maybe, it was a gimmick. Like a plastic statue.

We don't have any birds that look like this one, native to Okinawa. 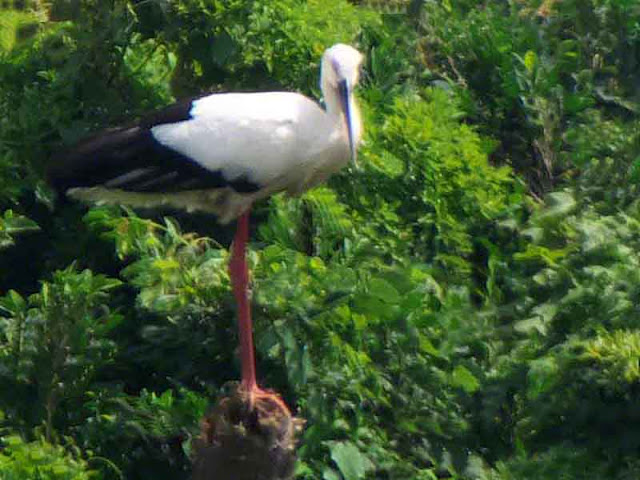 We pulled over to the side of the road and took handheld shots with short zoom lenses. 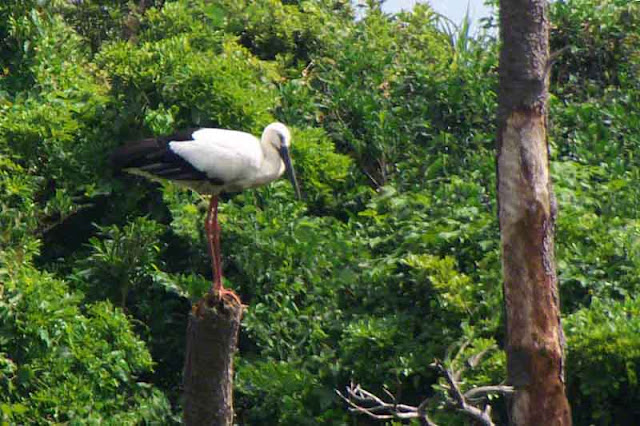 Unsure of the bird's nomenclature, I moved around taking various shots.

Identification would come later, back at the office. A stiff breeze was blowing off the ocean.

The best I could do was take plenty of sport-focused images and hope some were clear. 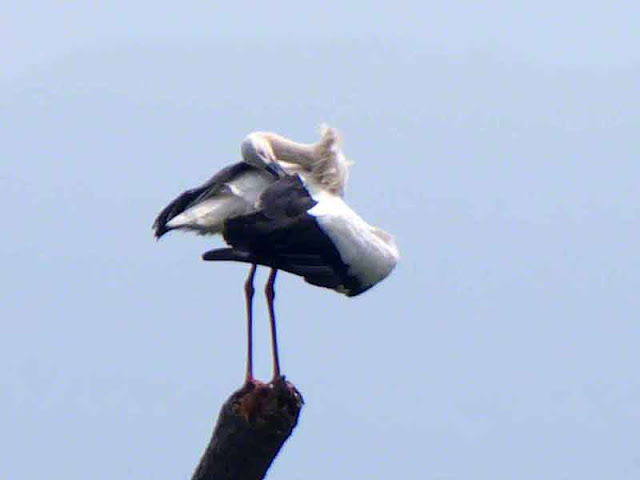 For sure that's an Oriental Stork. It's strange, it picked this island to visit. 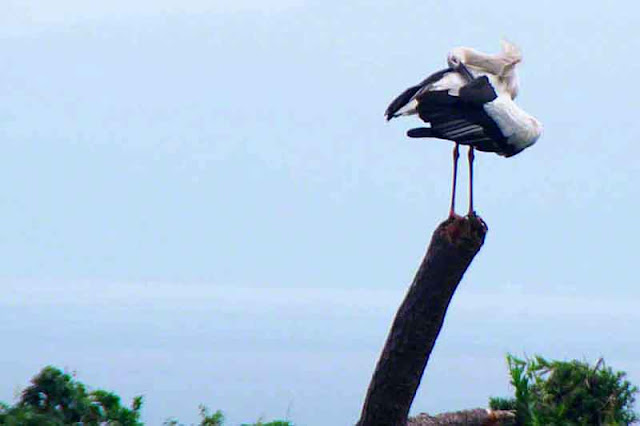 The mating season for these storks is the month of April.

During May and June the eggs hatch and both parents, care for the chicks.

During July and August, the birds return to their wintering grounds. 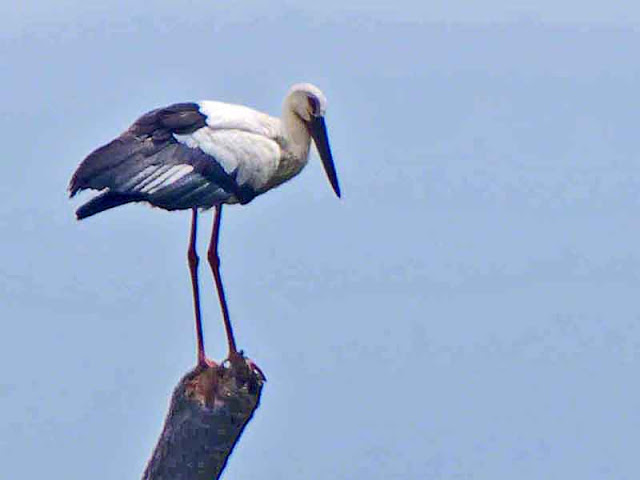 The bird winters in China, Russia and maybe, North Korea.

It's on The IUCN Red List as Endangered because the population is under 3000.

Is this a rare bird for Okinawa or what?