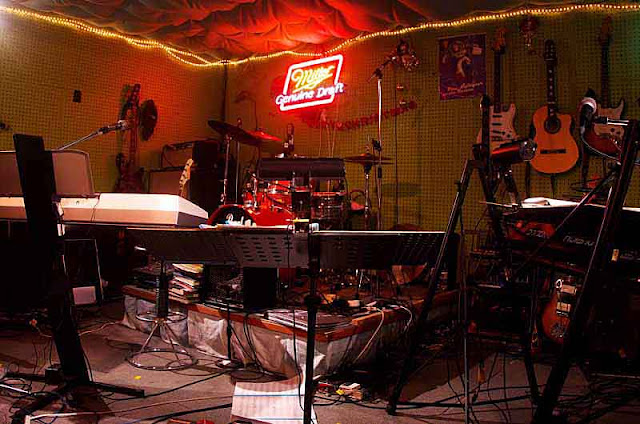 Here's the Live House I went to take photos at last Wednesday night.
Right close to the stage is where I like to set up and take a practice shot. 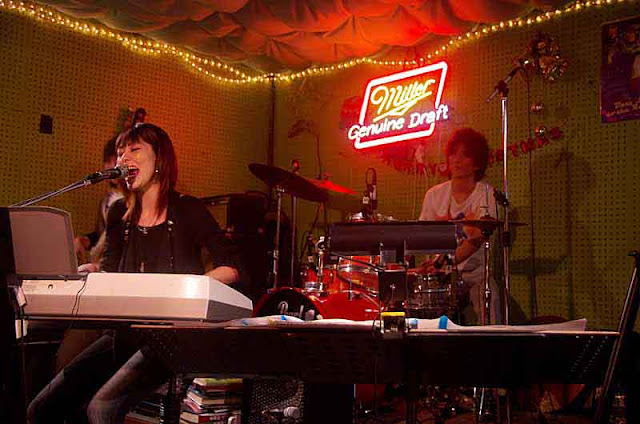 When they start playing and singing I have to be ready. 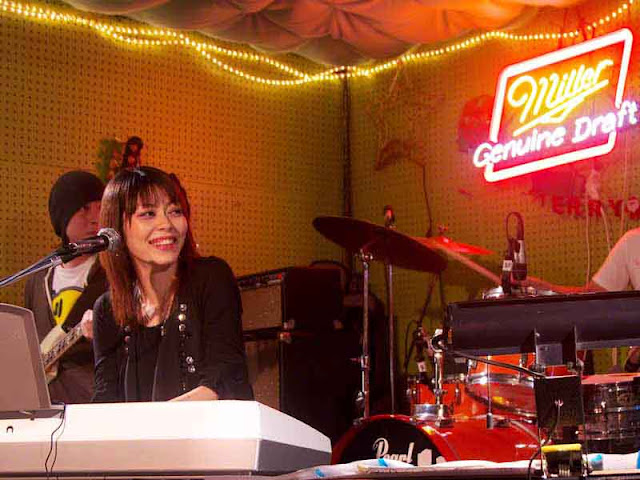 There aren't too many split seconds where anyone on stage holds still. 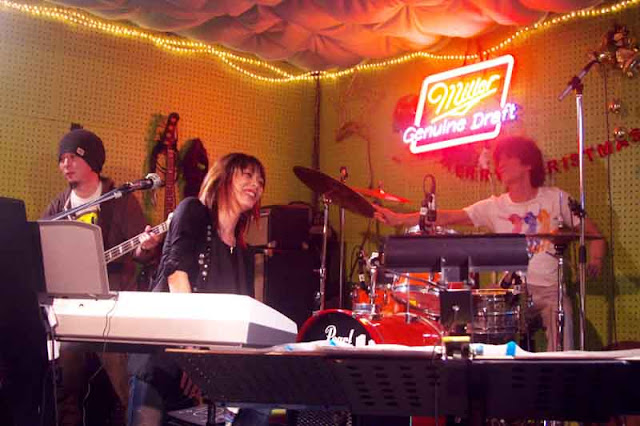 Watching the subject's eyes is what I always do. 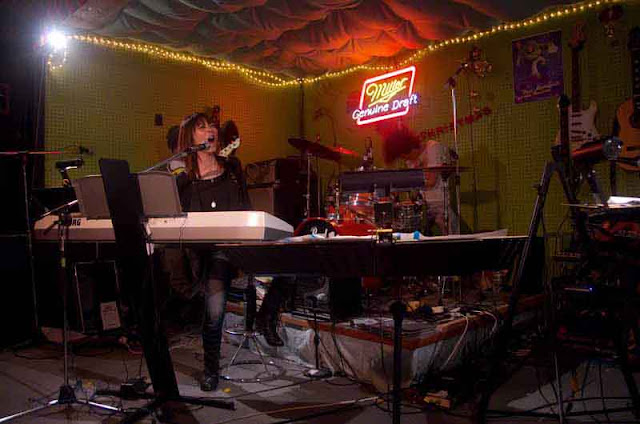 The girl's eyes, I made my subject.  That's mostly because I'm a guy. 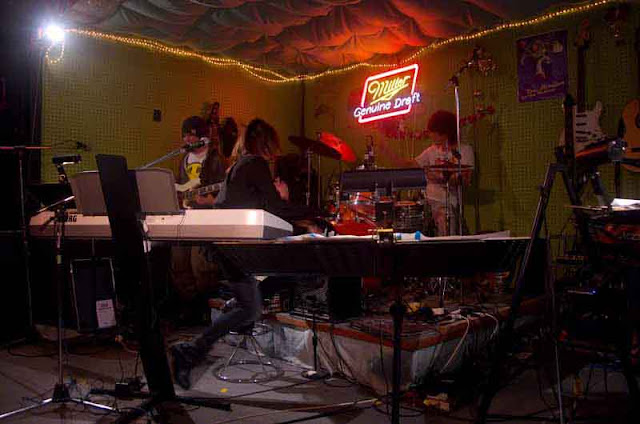 But this girl, she likes to jump around a lot. 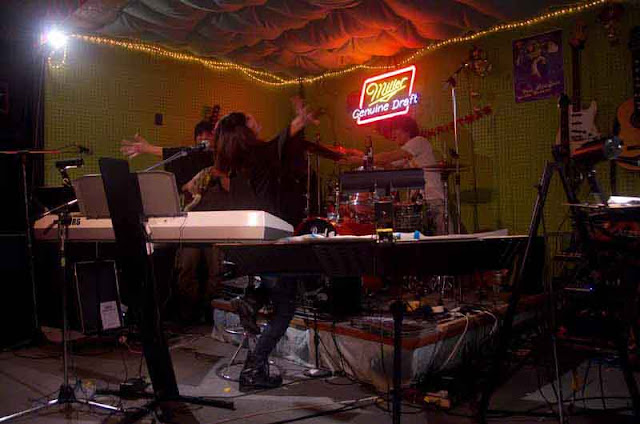 Like a chicken that knows his head is gonna get cut off. 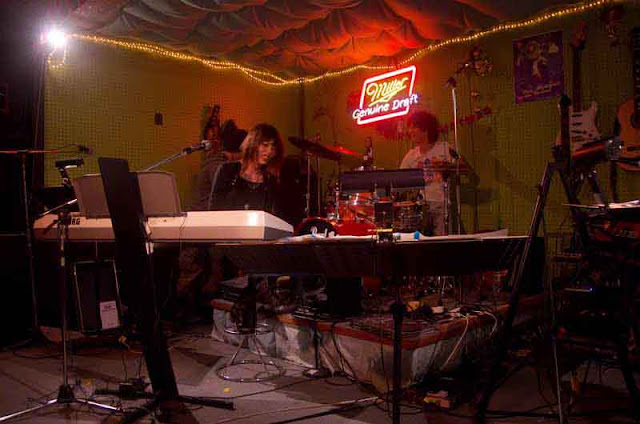 So, you have to really concentrate, if you want to catch her eyes. 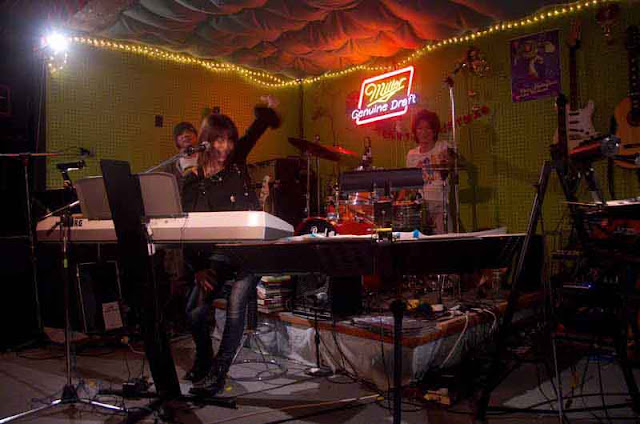 It might take over 300 shots just to get a few dozen good ones. 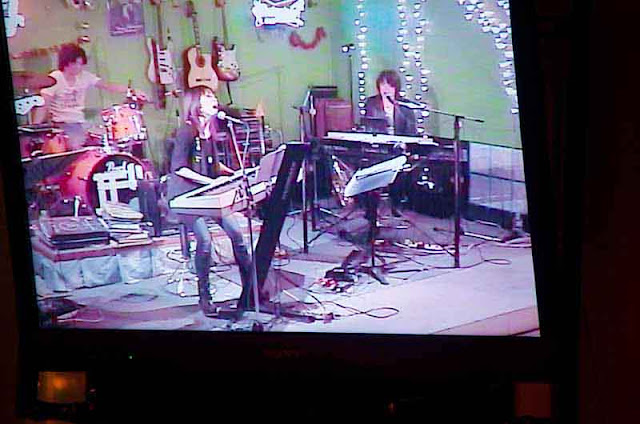 After awhile it was driving me crazy so, I got away from the stage.
Over by the bar, you can smell the beer.  And just shoot the TV monitor.  Hah ! 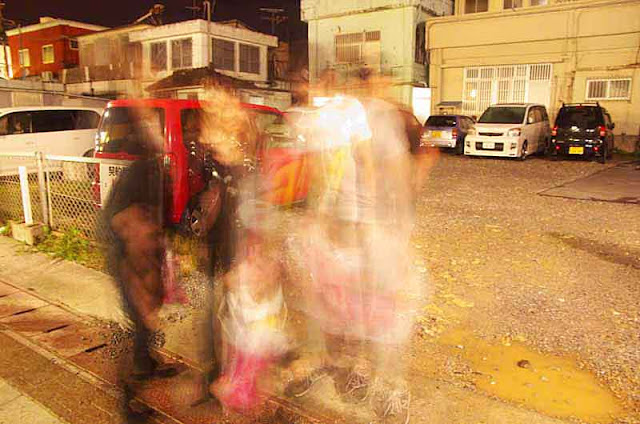 Then, when the band is ready to leave, catch them outside.
And, if they won't hold still there, here's what I do. 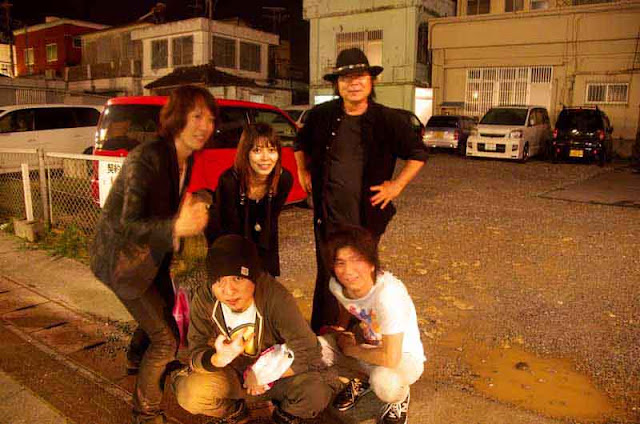 Get a hold of the boss man. He's the guy in the black cowboy hat.
THAT'S BOSS
He got most of the band members to hold still for a photo.
AND, QUIT DRIVING ME CRAZY !
﻿
VISIT MY WEBSITE FOR THE PHOTO OF THE DAY

Posted by RyukyuMike at 3:03 AM