Springtime Flowers to Look for in Okinawa, Japan (Photos) 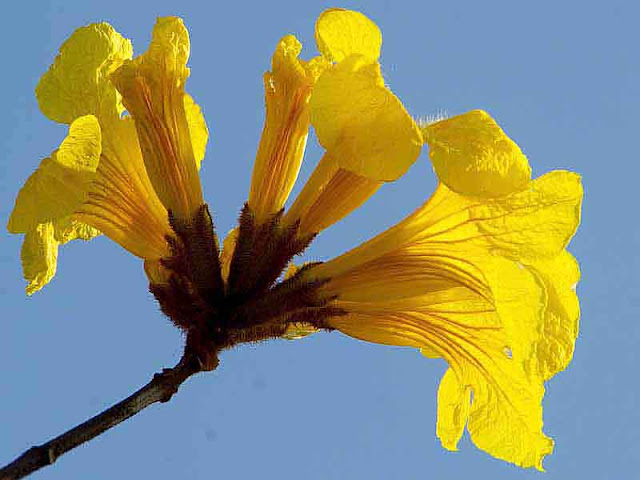 It'll be Spring this time next week so, here are a few flowers I'll be looking forward to seeing.

The first photo, a Golden Trumpet or, Tabebuia caraiba was taken March 5, 2011.

They are a tad late blooming this year but, should be in full bloom shortly. 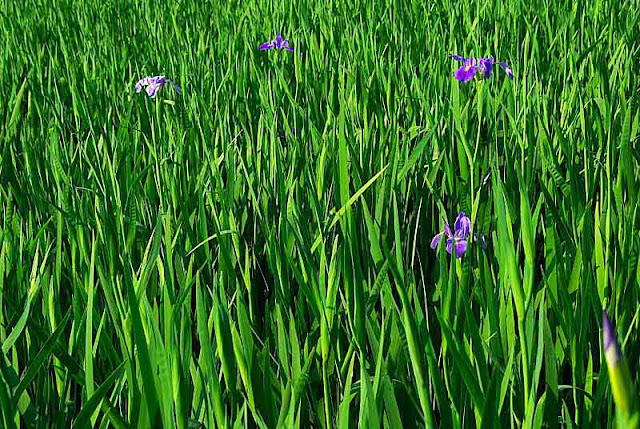 One of my favorite flowers, the Purple Iris, is the next one to watch.  They can be tricky.

April 2d, last year, I went to shoot photos of the iris fields in a place called Ogimi. 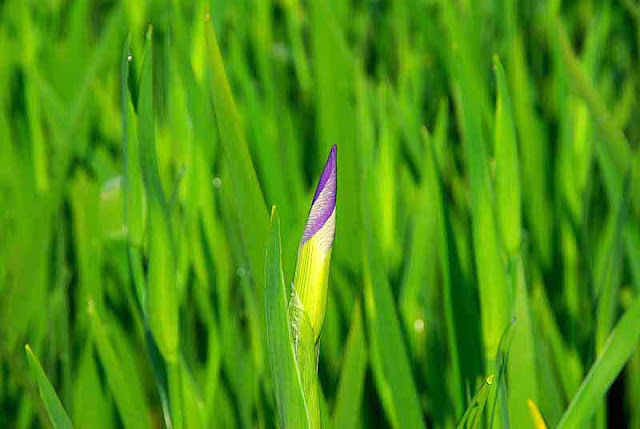 If you go looking for these flowers too early, you might as well just take photos of a green onion field. 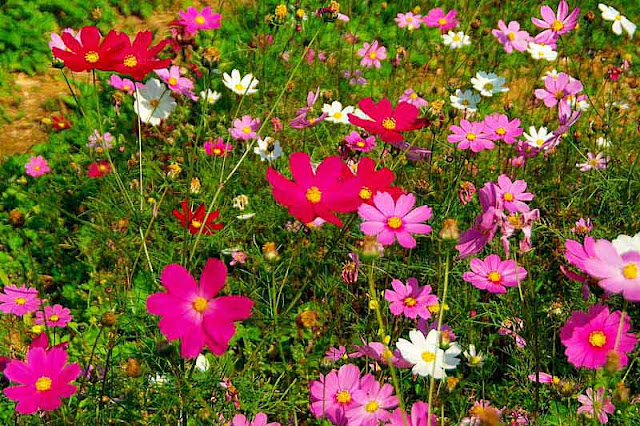 Not wanting to waste a day of camera shooting, I was lucky to find some Cosmos. 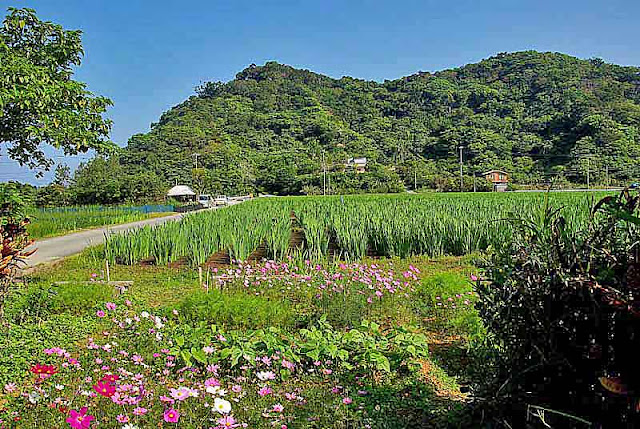 See, we have Cosmos and an Iris field that looks like green onions. 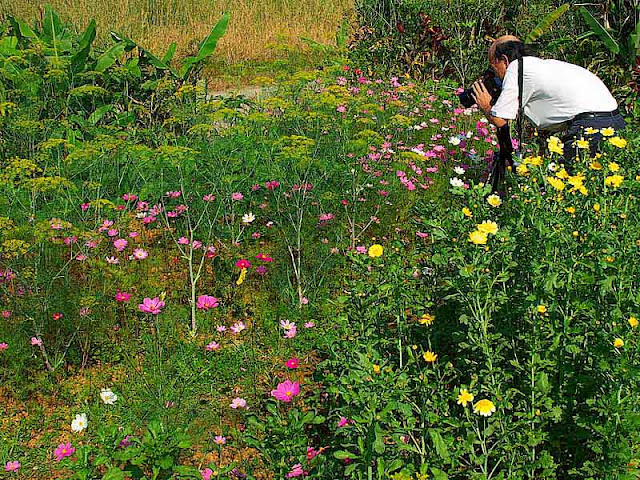 Another cameraman went to shoot the Iris Fields and didn't want to waste the day.

He got the same bright idea and went shooting Cosmos. 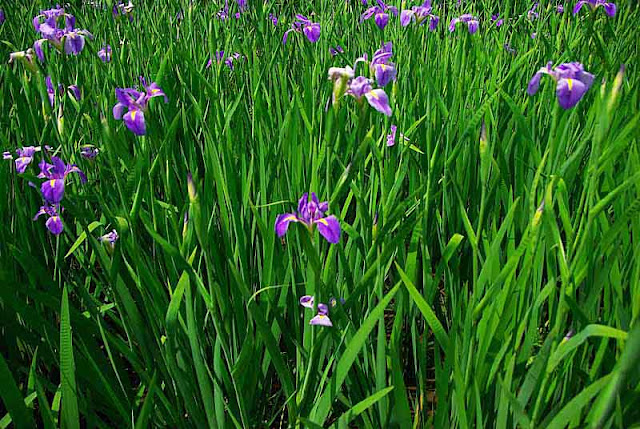 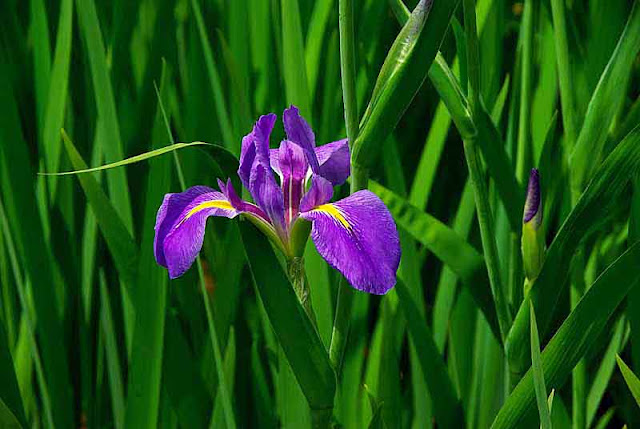 The place was full of those bright Purple Iris flowers, blooming in the sun. 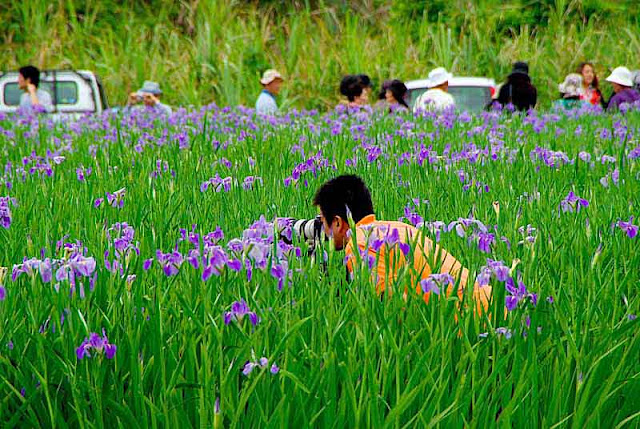 That guy in the yellow shirt with a great big zoom lens on his Canon, crawled right into the field for a close up. 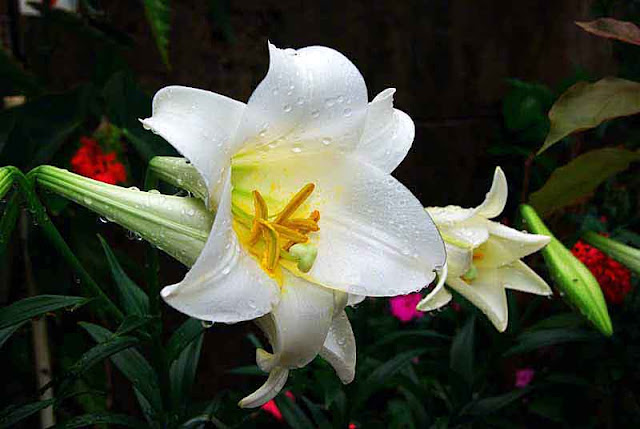 Another, very important flower to look for in Springtime on Okinawa is the world famous


You just have to keep watching the news to find out exactly when in Springtime everything is ready for your camera if you want to look for flowers in Okinawa, Japan.


I'll do my best to keep you posted but, I ain't so sure about going the the IeShima Lily Festival this year.  Somebody gave me a black eye last time I went there !


Get more info on Okinawa's flowers in TREES, FLOWERS, FERNS

Oh I just love springtime flowers. We've had a hard winter here so it's a good feeling to see all the tulips standing tall. Those purple iris are popular amongst you photographers, aren' they? :)

Julia,
Glad the flowers are popping out over your way in Turkey after a rough winter, too.
Yup, we love the colors and contrast those purple iris plants make.
If an iris flower came in any other color, I probably wouldn't recognize it!

Some great spring flowers! Love the first yellow flower with the blue sky as a backdrop :)

Japan-Australia,
Thanks. I hope to see some blue backgrounds again, soon. The yellow does stand out much better in blue skies than the grey ones we've had recently. Any day, now...