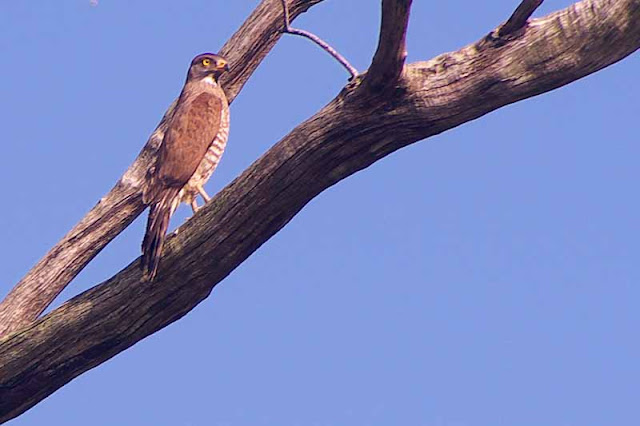 It was a little bit windy so, the details in the wood-grain stand out a lot better than the bird's feathers do.  I like the pose the eagle was making but, won't enter this in any photo contests.

Photo Contest Judges have to be tough on details.

Like, the subject is supposed to be the bird, not the tree.

So, if you want to enter a tree photo in a contest.

Shoot a tree, without a bird in it.

If the bird is your subject.

Get the details in the feathers.

And, what's that mini marshmallow-lookin' thingy in the picture ?

Over in Europe, they aren't so fussy.  They know birds in the wild do those sorts of things.

So, I was wondering.

Do you think I should enter my Eagle in late afternoon light photo in a European Photo Contest ?


NOTE TO MY READERS:

During RyukyuMike's endless online searches for the best links to share with you, I frequently come across crazy stuff, like:

Do an online search, yourself while, I rush on down to the candy store.

Posted by RyukyuMike at 7:35 PM