Power to the People: A Photo Made with the Pentax K5 Camera 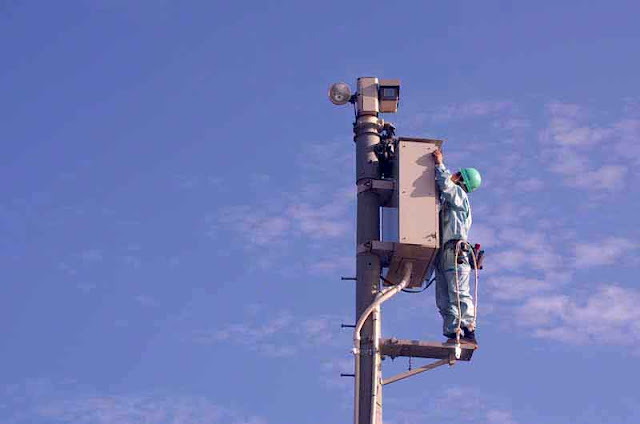 This photo was taken March 6, 2012 at a place named Nature Mirai in Okinawa, Japan.
While waiting for some ospreys to show up I noticed this guy working on the power pole.
﻿
There weren't any birds to shoot so, I figured I'd shoot people instead.
The camera I was using was the Pentax K5.
My partners over at Adorama Camera are having a sale on this model through March 31st.
33% OFF on a Pentax K5 Body
or
27% OFF on the K5 with an 18-55mm Zoom Lens
That's a fairly good chunk of change you'd save if you're in the market for one of the toughest cameras made.
You wouldn't believe some of the places I've been or the crazy things that have happened when I'm out toting my Pentax around.  So, I won't tell you.
I'll just tell you, if they had laws against camera brutality, I'd probably be behind bars.
DISCLOSURE: If you buy a camera through my Adorama links, I get a few bucks.
YABADABADO !

Visit my website for the PHOTO OF THE DAY

Something about this picture.
Love the photo Mike.

Lou,
Thanks. We'll have to see if you can find one of those kind of cameras. They're built for the exact kind of shooting you do, I think.