Then and Now Photos: The Stone Lion of Tomori Okinawa, Japan 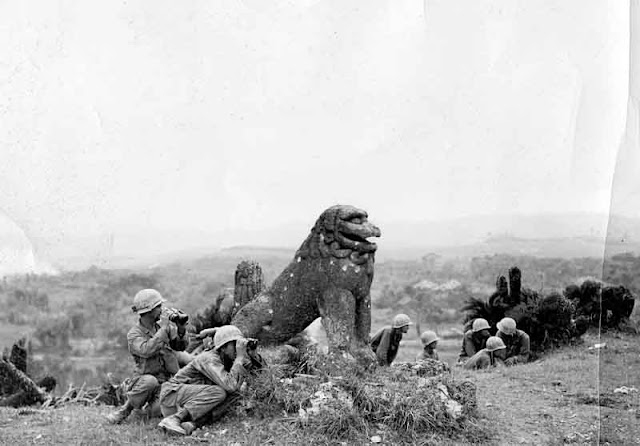 The Stone Lion of Tomori is probably the most published and oldest Shisa (lion dog statue) on the island of Okinawa, Japan. The photo was taken June 18, 1945 during the Battle of Okinawa.

This copy of the original press release photo was provided by 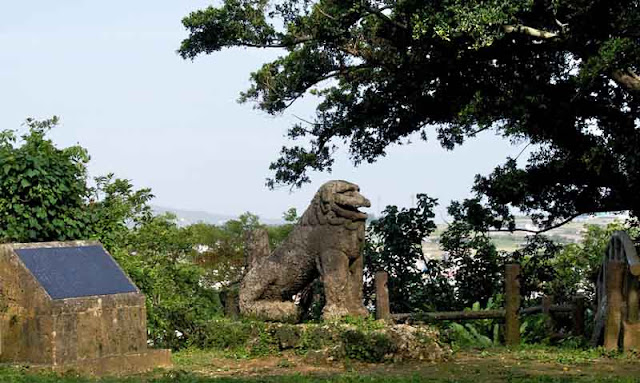 The scene, as it looks now, comes from the camera of Russell Robertson (RyukyuRusty) and was taken just this week, on March 18, 2012. 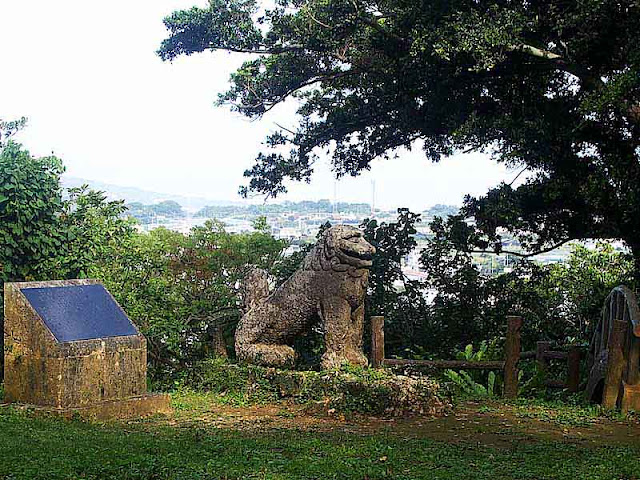 Photo #3, also dated March 18, 2012, I took from a slightly higher elevation, to show more of the background.

As this Then and Now Series progresses we will put together some articles explaining exactly how it's done.  Right now, we're on a learning curve and gaining some valuable experience.

It's a lot of hard work and involves being willing to travel long distances at exactly the right time in order to capture the light and shadows to best duplicate the original scene.

The support I've received from Donn Cuson (Remembering Okinawa), RyukyuRu, RyukyuRusty and Doc Graff (Maybe, I should start calling him RyukyuDoc), make this possible and I owe them all an immense debt.

Between the lot of us, I don't think we've accumulated a dime doing this business, yet.  But, we are having fun.

Most important is the unbelievable support we have gotten from local Community Centers (公民館) and individual Okinawans we've met on the streets or working their fields.


They learn what I'm trying to do and they smile.


That's good enough for me.


See the original article THE TOMORI LION by DOC GRAFF


MORE THEN AND NOW POSTS

Posted by RyukyuMike at 8:50 PM