Back up in the northern part of Okinawa, on Motobu Peninsula the search for a tunnel continued.
We got off the paved roads and a little muddy but, didn't find any N. Koreans or the tunnel they allegedly dug. 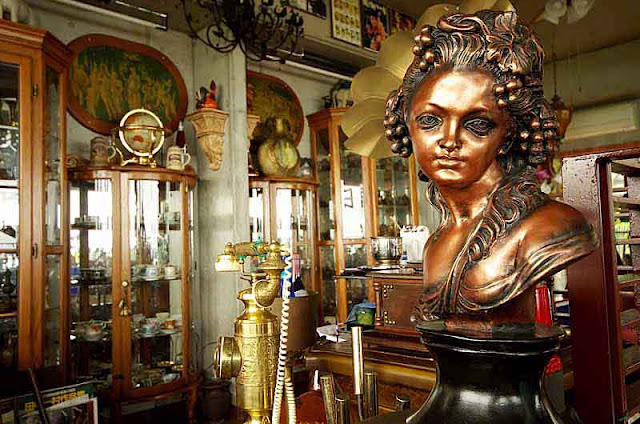 So, retracing some of yesterday's steps we wound up at the Sky Terrace Ken Ken.
The place doesn't open until 11AM but, Seiho Sakihara (Owner and operator) recognized me.
He invited us in at 9:30, and even let us climb up on the roof to shoot some scenery.
Too cloudy outside for any island photos, I decided to shoot indoors. 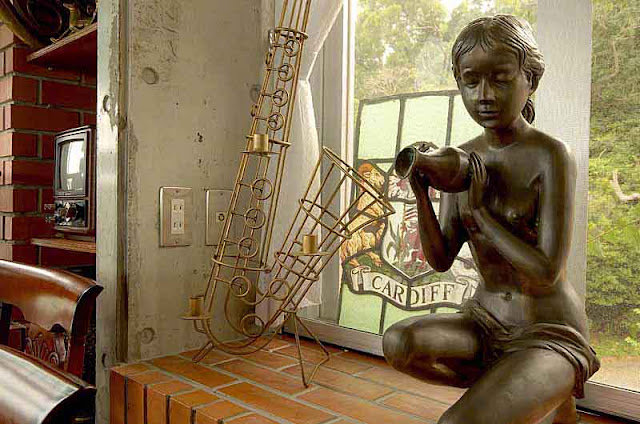 This character was posed on a windowsill with some harsh lighting in the background. 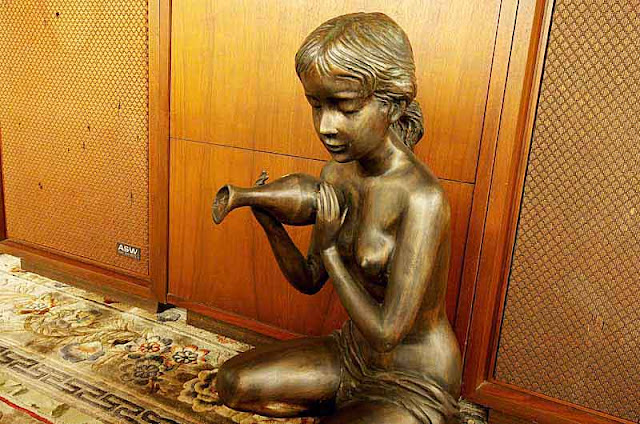 She was moved away from the window so you cold see the jug better.
The thing in her hands, I mean. 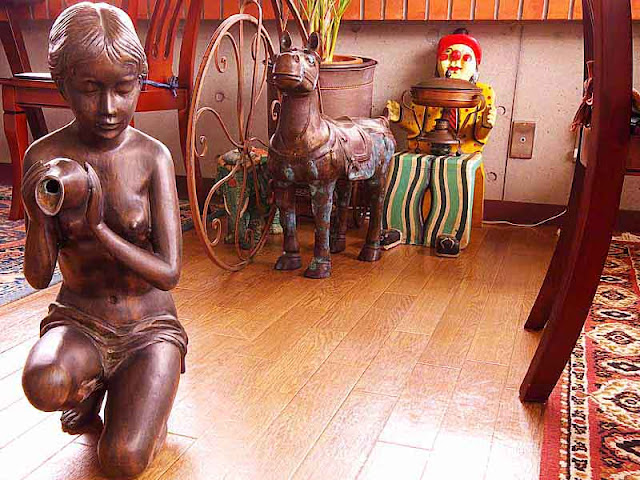 Those bronze statues are really heavy so, I put her back carefully after this shot. 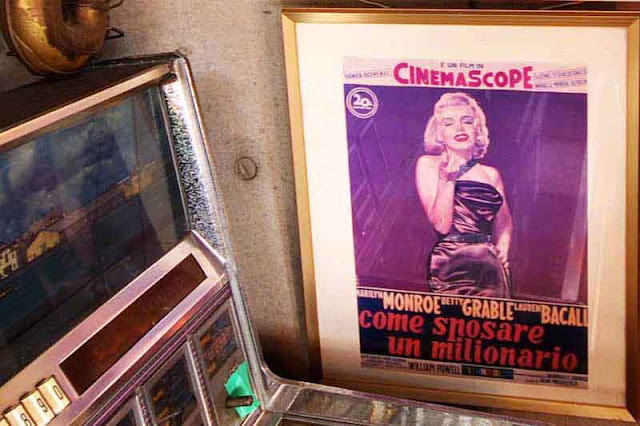 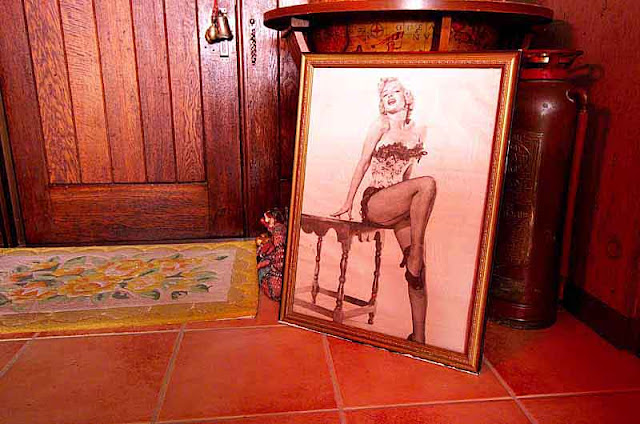 Two more photos of her is all I'm showing today.
We made a connection who knows where the Koreans dug the tunnel and I'll probably
go back to Motobu tomorrow with the MapitOkinawa Dude.
More than likely we'll be having lunch at the Sky Terrace Cafe.
Not sure about you but, I'm sure getting tired of moving characters around
just so you can see them in better light.
Hopefully, tomorrow I'll have some tunnel photos to show you !
Visit my homepage for the PHOTO of the DAY

Posted by RyukyuMike at 2:09 AM