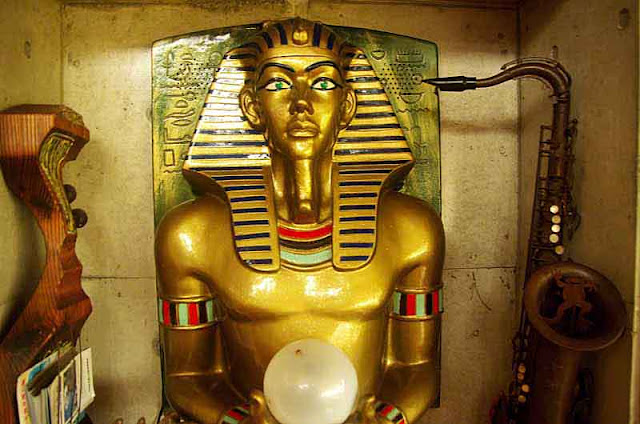 Yesterday's breaking news was the discovery of a tunnel in Motobu Okinawa, Japan.

It seems it was dug with the assistance of some North Koreans back in the 1940's. 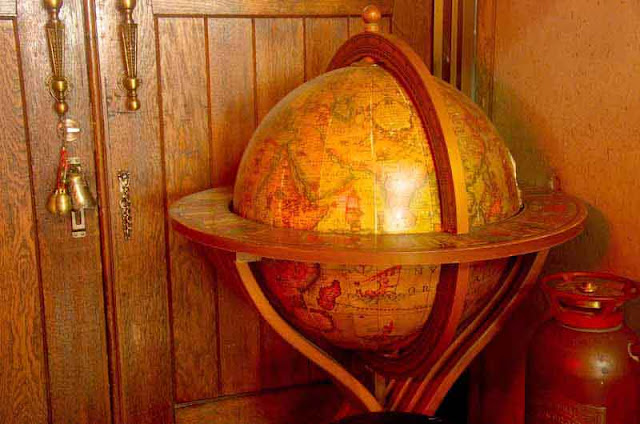 What in the world were any Koreans doing digging tunnels on the Ryukyu Islands, ever ? 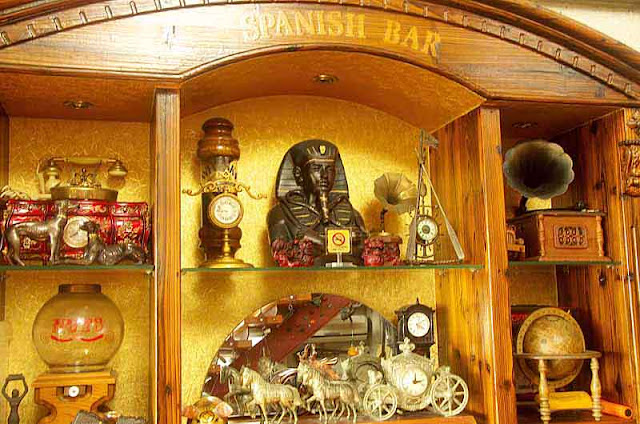 So, the mission, today, was to grab cameras and find the tunnels.

We scored a big zero on tunnels but, found an interesting Cafe. 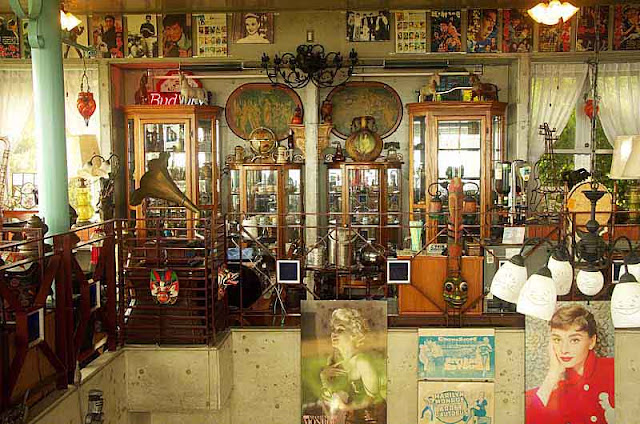 The upstairs and downstairs were full of antiques and treasures from around the world. 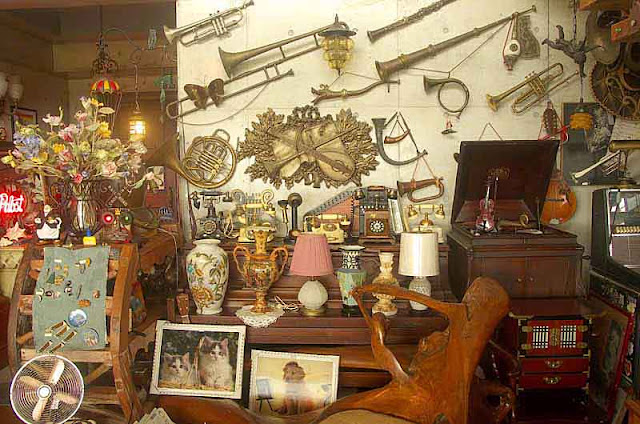 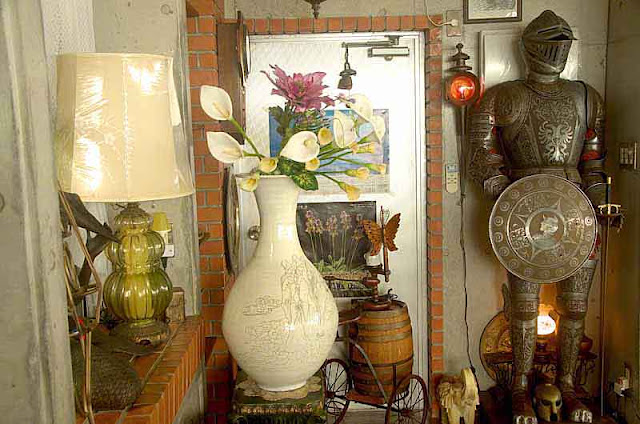 Even a knight in armor was standing in a corner. 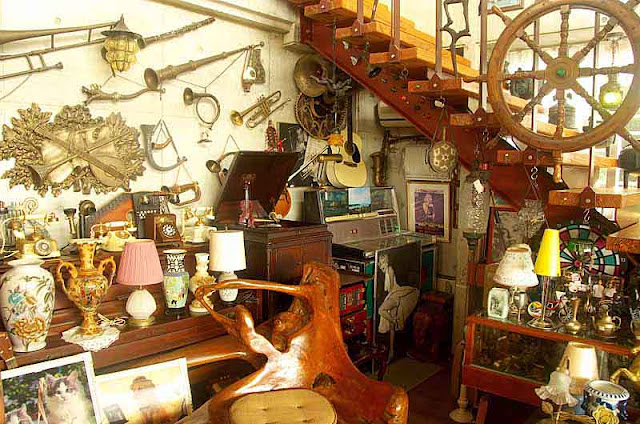 Under the stairwell, that poster of Marilyn Monroe caught my eyes but, I wouldn't dare move it.

If the North Koreans were really here, they may have bobby-trapped the place.  Hah ! 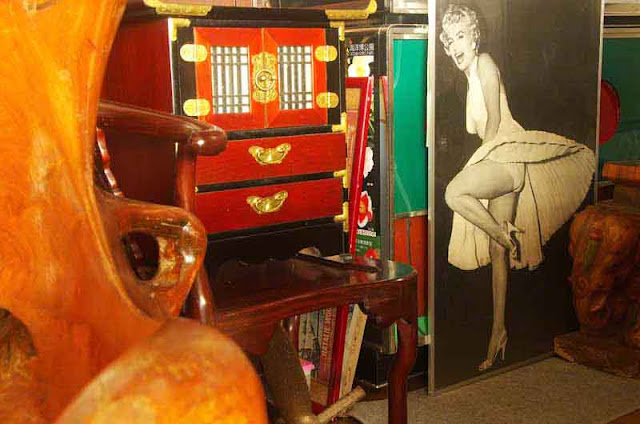 So, the zoom lens was used to get a little closer. 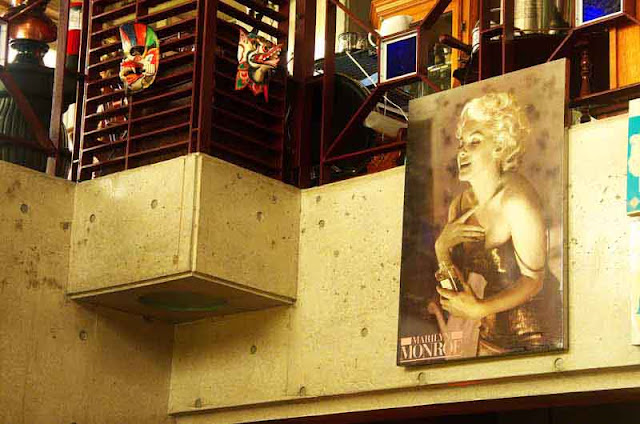 No luck finding the North Korean tunnel but, we'll go back again later this week. 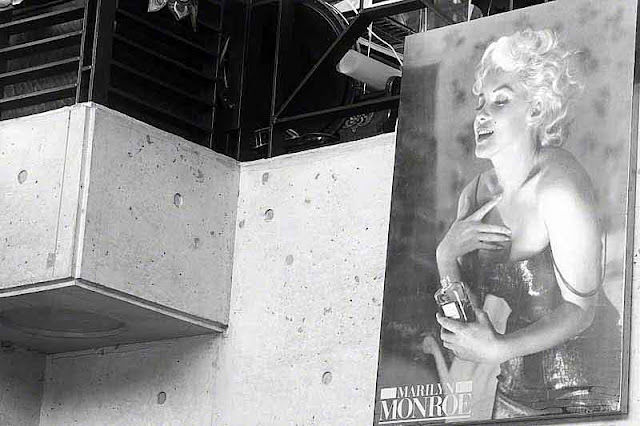 It's hard to believe the North Koreans were digging tunnels here.

But, if I find any evidence, after I shoot it with a camera, I'll let you know.


Visit my website for the PHOTO OF THE DAY

Posted by RyukyuMike at 2:04 AM

Yep You are right Mike. You got me drooling to Map this baby!

I spotted not 2, but 5 MM posters in your post!

Ah, I just saw your other post with more MM pics. Beautiful photos!

Tara,
Thank you. I never was all that good with figures, counting and stuff like that.