A Year Later the Silence About Fukushima, Japan is Deafening 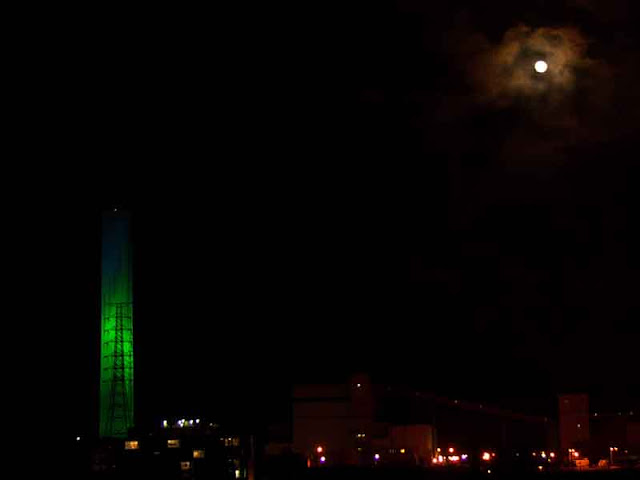 No.  The photo above is not the Fukushima Daiichi nuclear power plant.

It's a coal burner in Kin Cho Kin Okinawa, Japan.

We're over 1,000 miles away from that nuclear disaster and today is the one year anniversary.

Around the country a few moments of silence are being held in commemoration.

The silence is deafening.

Not just in Japan.  The silence around the globe is deafening, to me.

The silence about nuclear power.  It's unbelievable.

Now, I've never been an activist.  And, don't think I have the time to become a good one, either.

The Fukushima incident convinced me.  Nuclear power is no good.

Greedy power companies and governments want to keep building them.

But, nobody wants one in their backyard.

No one wants the waste associated with them, either. Unless, they want to kill you.

The stuff has a shelf life (for killing) that must be a month of eternities long.

The people who create it aren't all that sure about how long they can safely contain it.

You might be surprised if you knew where the stuff goes.  So, I won't tell you.

And, I'm glad we never had any nuclear power plants on our islands.

We live far enough away from mainland Japan to keep attracting tourists.

The silence in memory of all those who lost lives and land in last year's disaster, I'll observe.

The silence about the nuclear power is deafening.

Is there any nuclear material nearby you ?

Yes, In Fukushima, tens of thousands of people gathered in anti-nuclear protests, calling for the end of atomic power in the wake of the Fukushima meltdown. It seems to be in serious debut now in Japan.

Japan-Australia,
Think of the countries less-technologically developed than Japan, that are producing tons of the lethal stuff, around the globe. Groan.