It'd probably be easier to predict how a third marriage will go than guess what this typhoon will do.

Today, Dave Ornauer, the "Typhoon Chaser" with Pacific Stars and Stripes newspaper, reported at 9:45AM (local time) that destructive winds of 58mph are expected within 12 hours. 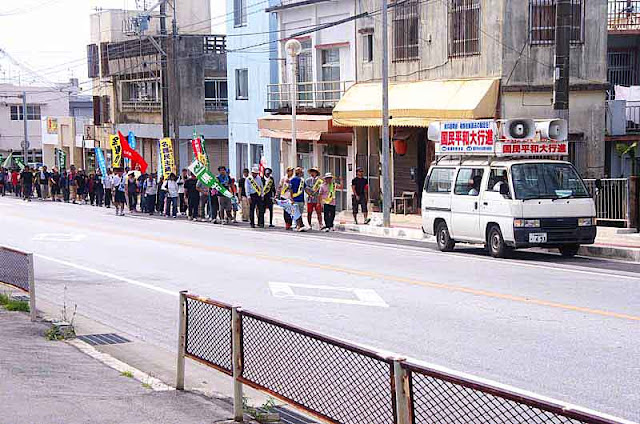 At 9:47 I looked out the door and saw these protesters marching down the street. 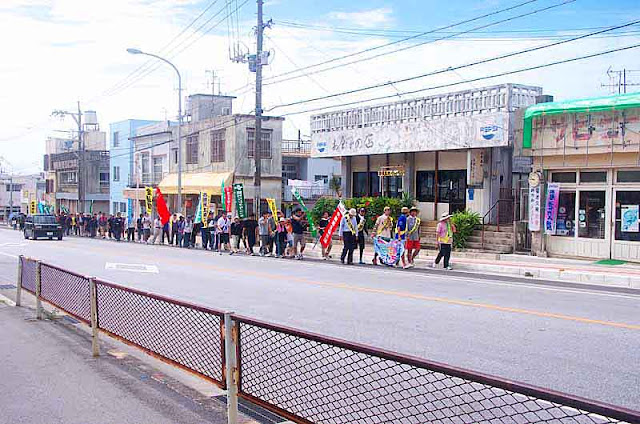 They were going down the highway under blue skies and sunshine. 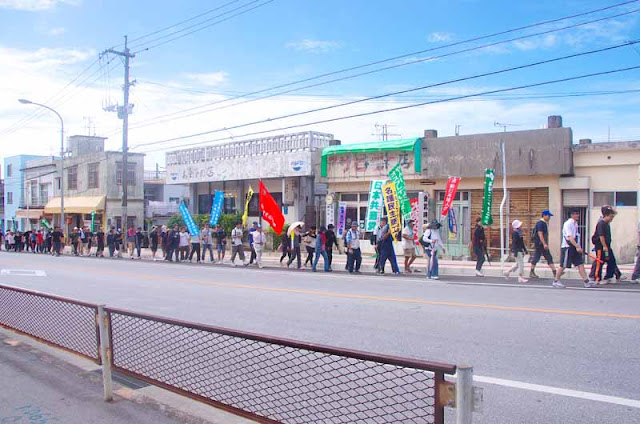 There's at least 60 people in that crowd and they didn't look scared of Typhoon Guchol, to me.

This was Super Typhoon Guchol, yesterday, but, was downgraded, overnight.

There's no way you could get me to be a weatherman, during typhoon season in Okinawa, Japan.

The things are more unpredictable than a third wife.

Just for the heck of it, I'm going to go buy some cheeseburgers.

And set one on the kitchen table to see what the wife does.