Photo Essay: What Sort of Beach, is a Pretty Beach, to You ? 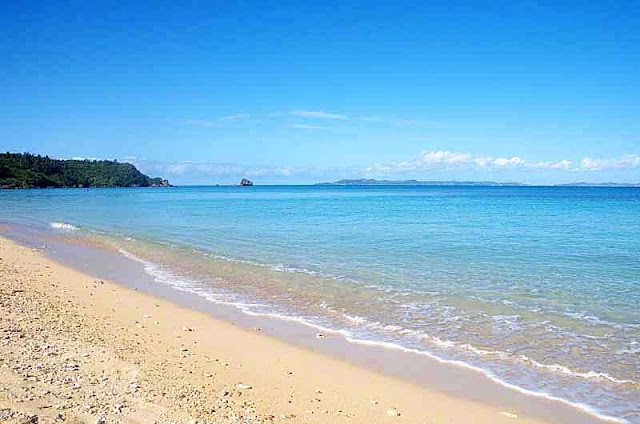 And, reminded me that I'm not done developing last month's photos from Tsuken-jima. 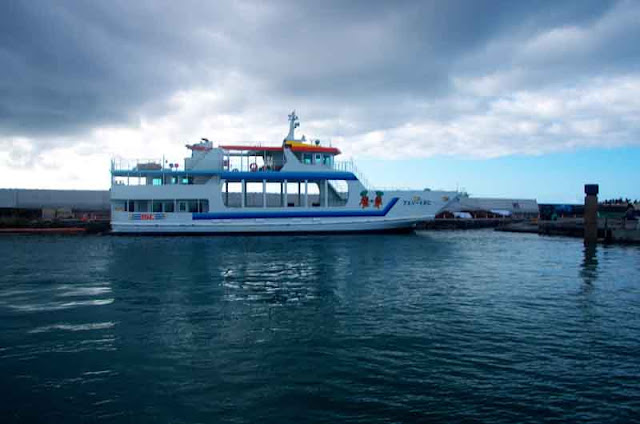 The truth is, all beaches are pretty, to me.

Sometimes, though, it pays to hop on a ferry and go look for an island in the sun.

The sun was shining on Tsuken-jima, though. 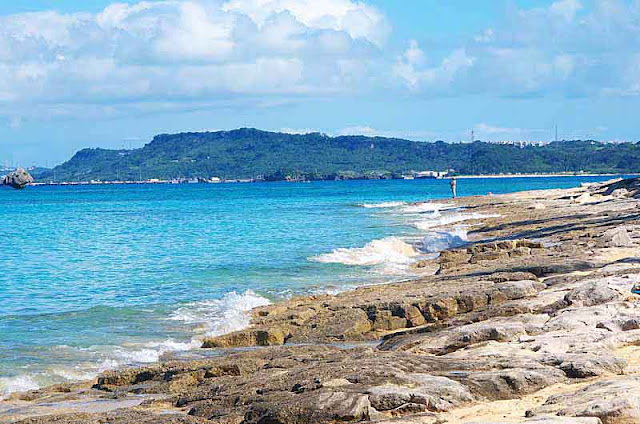 At 9AM on a sunny day, even a rocky beach has appeal, to me.

That's a woman, fishing, way out there. She added character to the scene. 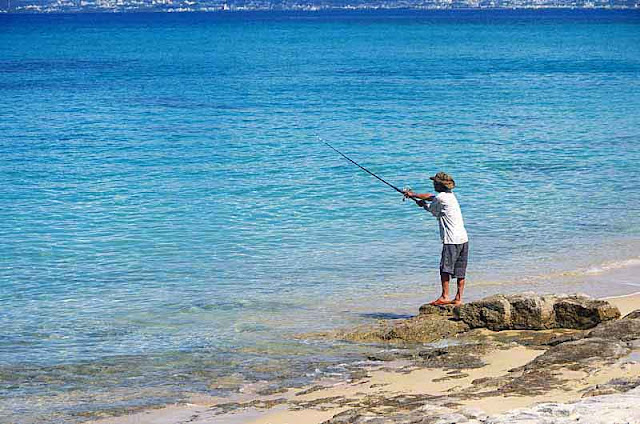 And this guy, let's just say, he was a character, too. 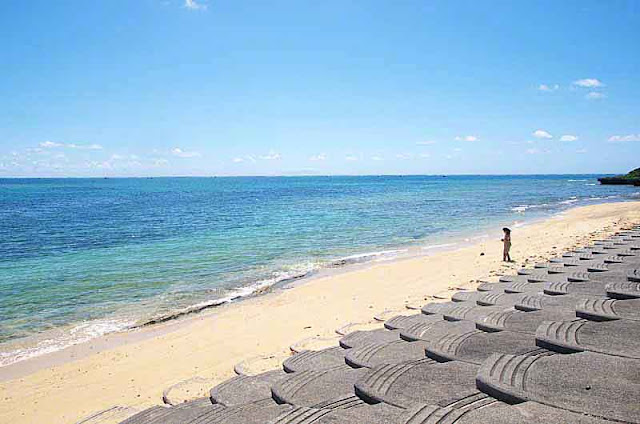 This beach had some development done to it and it made an interesting composition.

The sole, adult female on the beach was friendly and gladly gave us some directions. 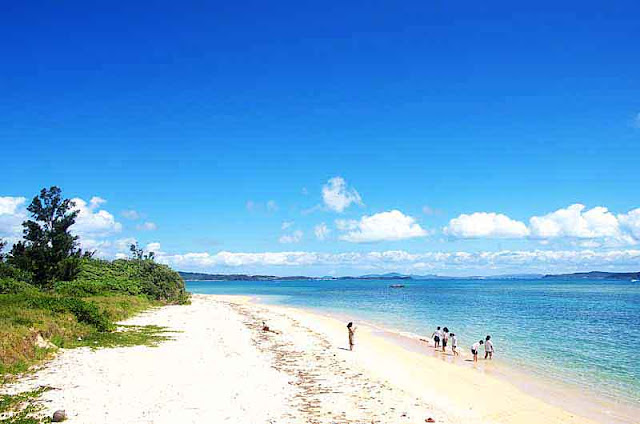 Looking over the heads of those school girls, she's traveling with, way back under the clouds

and barely visible, is the island of Okinawa. 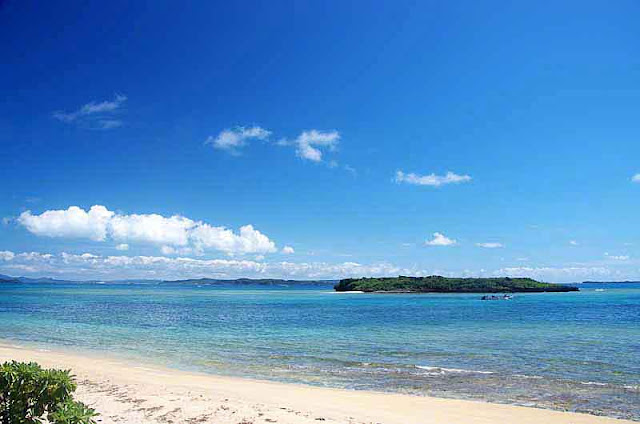 Past 10AM, usually, outdoor photography should be put on hold, until after 3PM but,

when the light is like this, I'll break some rules for a pretty beach. 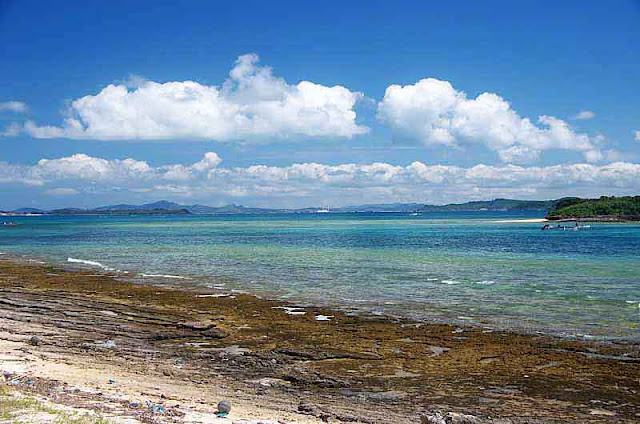 Probably, not the ideal spot for suntanning, volleyball or snorkeling, this beach is OK, by me. 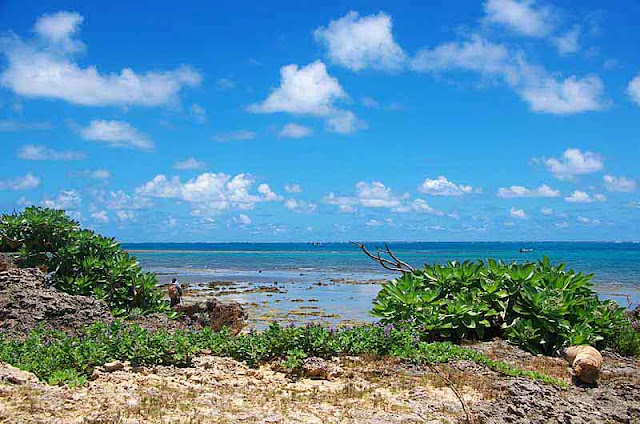 Rocks, shrubs, driftwood and shallow pools of seawater in the sharp coral, make a beach scene

attractive, to some folks.

Look !  There's the Map It Okinawa Dude (lower left of the scene) doing his thing. 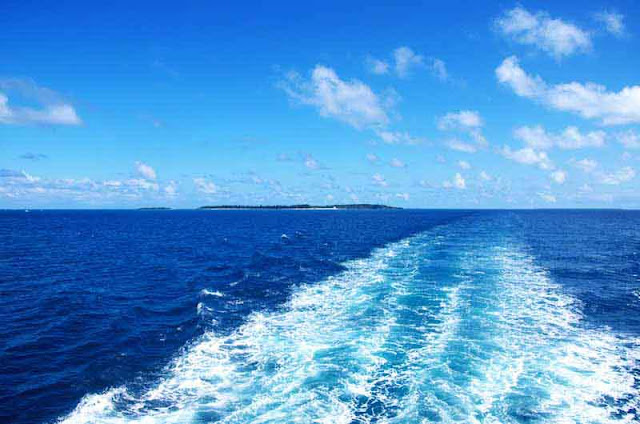 By 3PM we were headed back to Okinawa.

Taking a parting shot from the ferry, I captured some of Tsuken-jima's white sand in the
afternoon sun.  We walked all the way around the island and had seen every beach in one day.

They were all pretty, to me.

What sort of beach is pretty, to you ?

Posted by RyukyuMike at 1:41 AM

Usually white sand and blue water does it for me, but a beach can be pretty for many different reasons.

Japan-Australia,
Yup, that's the way I feel. Just don't let it rain when I'm out there !

The beach looks amazing! I wish I was there!

Alison,
Just hop on a plane and come on over, anytime !