Mini Landslide, Mini Tornado, Mini Hangover All in One Day 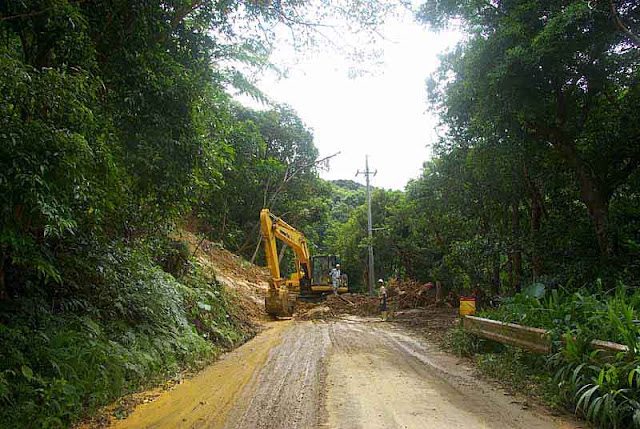 Last night the Ryukyu Missus caught up with me before I finished my 3d beer.
But, that was alright.  She had enough cash to buy beers for both of us.
We had a grand old time until the wee hours of the morning.
By 9:30, or so, Doc Graff and I were headed up north to look for typhoon damage.
He's known me for years and knows how to cure a hangover.
That's probably how he got the name Doc. 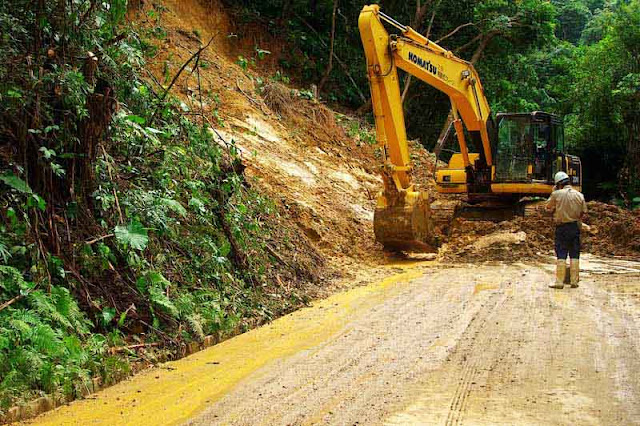 The landslides on the main highways were already cleaned-up so, we took some back roads.
It didn't take long to find a road that was blocked by a landslide. 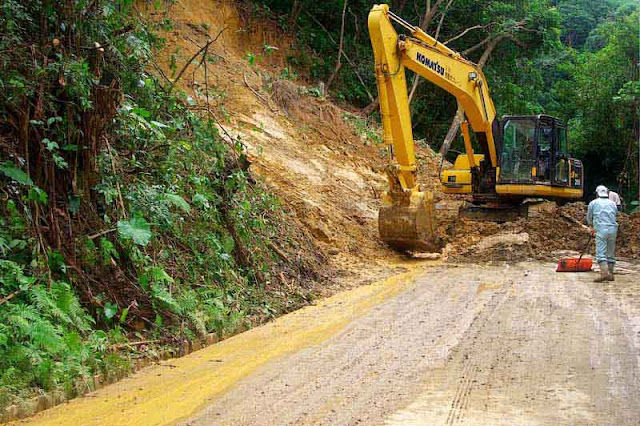 These hard-working guys let us take photos.
It's the first time I ever saw someone using a snow shovel in Okinawa. 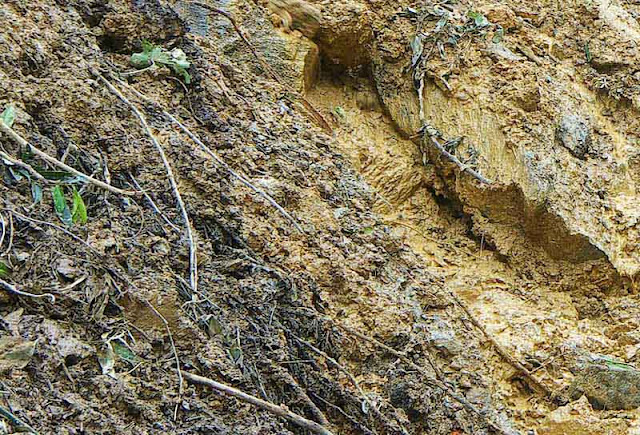 They were telling me where it was safe to stand taking photos. 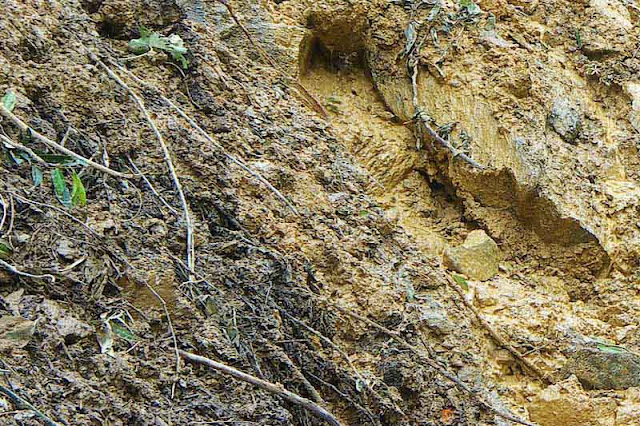 When they told me where not-to-go, I thought they were concerned about my flip-flops. 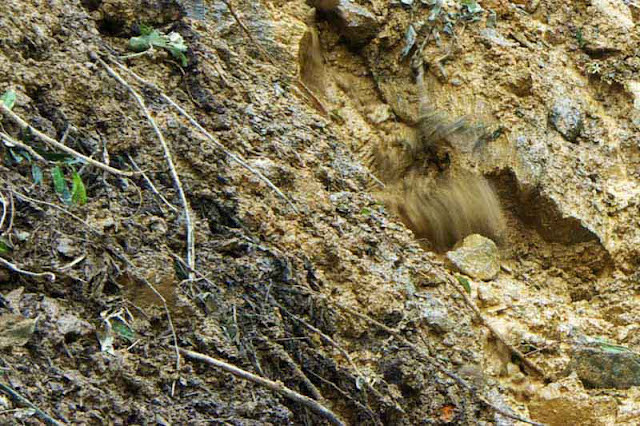 That wasn't what they were worried about. 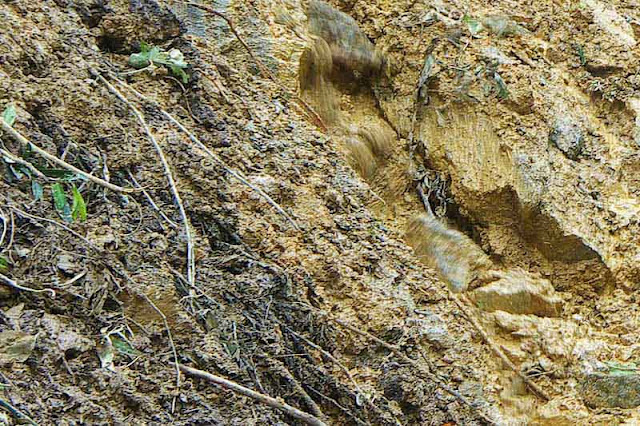 The ground is still over-saturated from all the rain we've had. 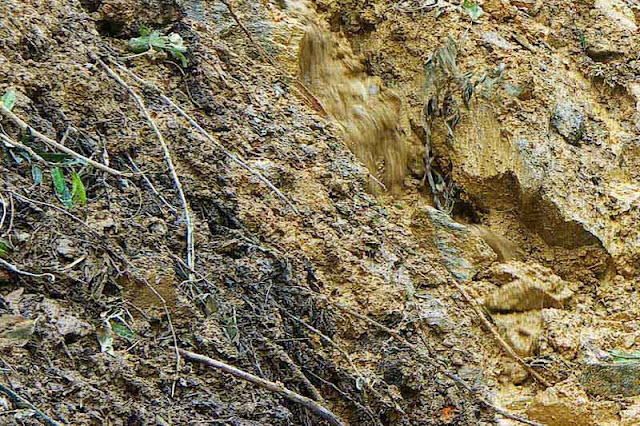 Water trickling out of the hills keeps bringing more earth and stones down on the road. 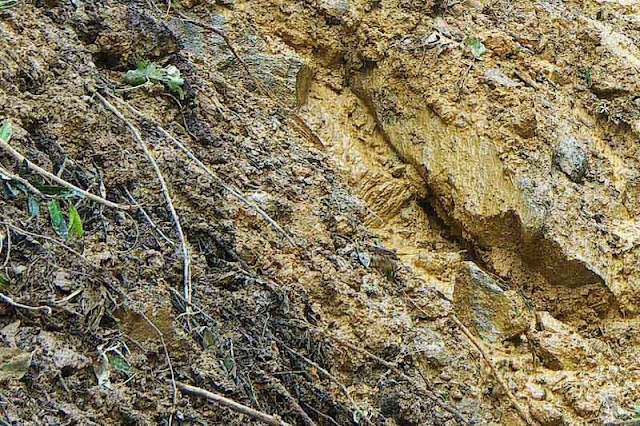 That means the land hasn't exactly quit sliding, yet.
So, we thanked the workers and wished them good luck with the clean-up.
And, decided it was about time for a ToTo La Bebe Burger. 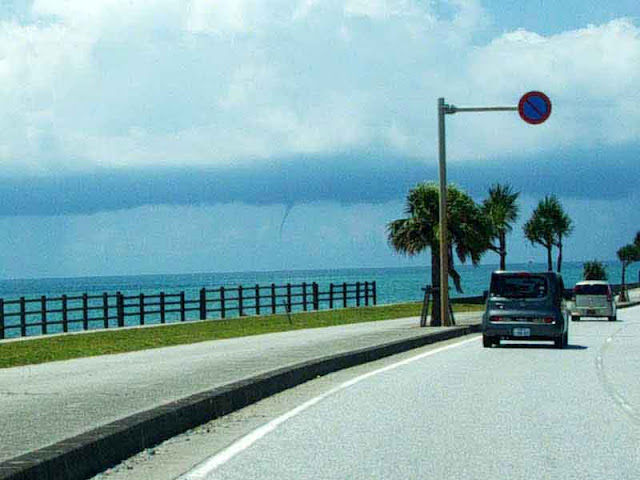 On the way, there was this little twister-looking thing out over the ocean.
Doc called it a waterspout.  I wanted to be a mini twister chaser.
These things are exciting. My hangover was slippin' away.
It's probably a good thing Doc was driving.  I wanted to hurry and pass everybody.
We need to get a siren and some flashing lights.
Everybody in front of us was probably watching the twister, too.
They were driving the legal speed limit, or slower.  We couldn't pass.  Groan. 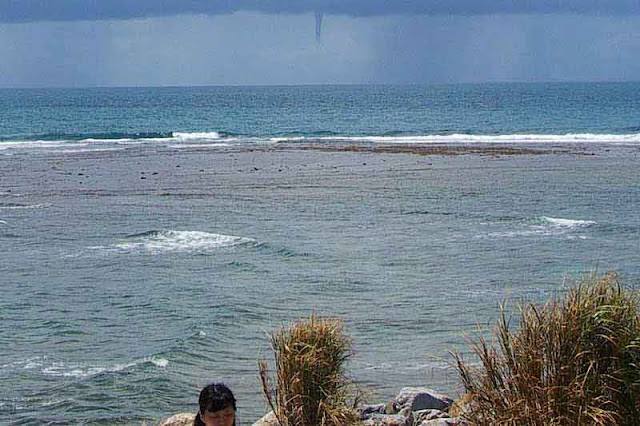 By the time we got to a spot where you could pull off the road, the thing was leaving. 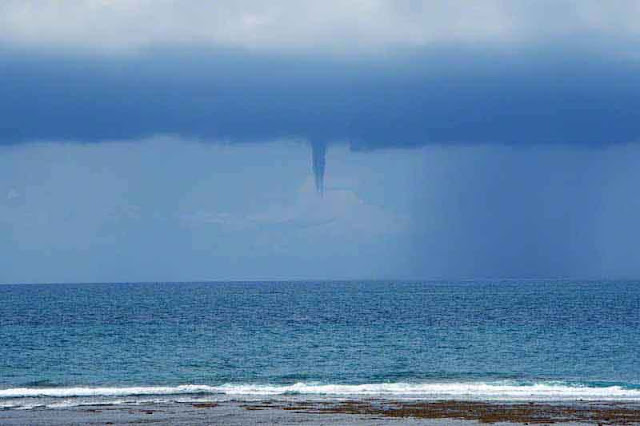 Just before it disappeared I zoomed and took this shot.
When I got back to the office I did a little research on waterspouts.
Waterspouts Are Tornadoes Over Water

That got me thinking.  We need a helicopter to catch one.