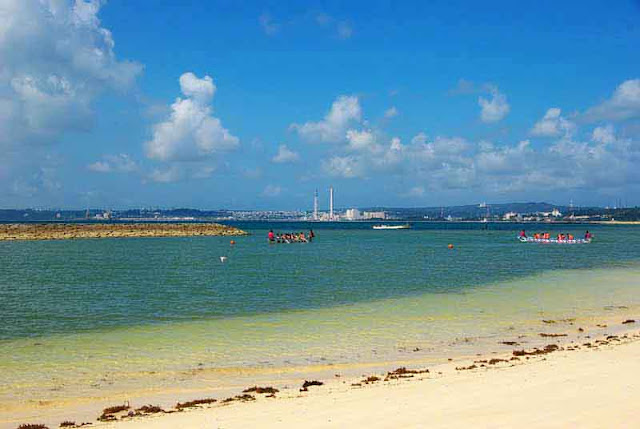 This photo is a scene from this morning's Dragonboat Races on Igei Beach.

There was plenty of sunshine. I got out there early and was fried before 9AM.

At 8:42 my cell phone went off.  I was hoping it was someone bringing me a drink.

Turns out it was an email from my niece back in New York.

Here I was, dehydrating under the hot Okinawa sun with all my beer fumes coming out of me she says:

"So, I'm sitting in a Japanese restaurant and drinking Asahi Beer.  It's not too bad !!!!"

Now, I love my niece but, I wonder if she's a little bit crazy.

You won't catch me drinking anything but Orion Beer !

The folks at Orion Beer ought to hire you as their new VP of marketing. Either that or make you their spokesman!

Doc,
Heck, I been their spokesman for ages. What's a VP ?