Scenes from the Trip to Komaka Island: Going and Coming 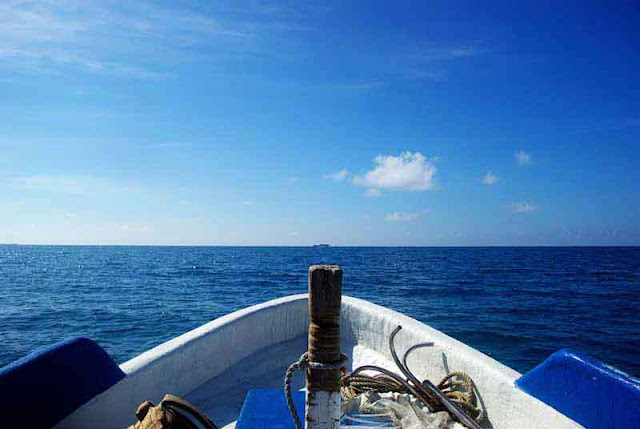 Here is a photo taken while heading out to Komaka-Jima.
The island is just a little speck on the horizon in the center of the frame. 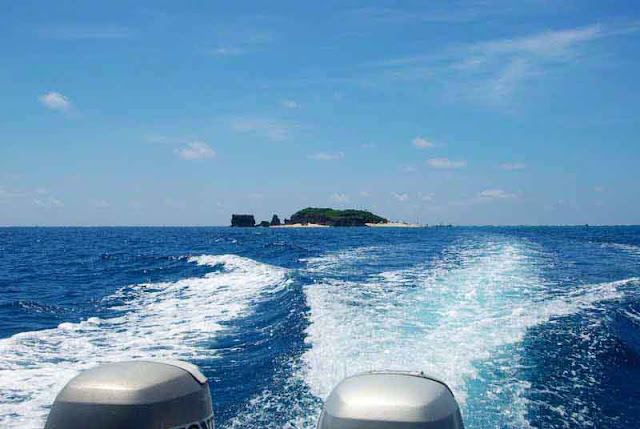 This photo shows what things look like heading back to Okinawa.
Lately, I've been doing TripAdvisor Reviews on some of the places I've hit in my travels.
But, this island, I'll probably have to visit again, to do an honest review.
It's hard to believe, three Ryukyu Dudes went there and forgot something important.
None of us checked the toilets.
Women and people with kids need to know about the toilet facilities.
They want to know stuff, like, is it a squatter, or not, I would imagine.
They probably need to know if they need to bring their own crapper-paper, too.
Dang it !   Why didn't we think of that ?
There's a girl in California, I could probably ask but, I'm sorta shy.
I guess we should make some checklists for these excursions.
Because I'm getting the itch to hop on another boat and see some more Okinawan islands.
Maybe, the Map It Okinawa Dude will ask a girl about the Komaka-Jima toilets.
That would allow us to save our money for a trip to somewhere we've never been.
See, I remember important stuff like asking if it's OK to bring a cooler and beer.
But, I have to write things like checking toilets down on a paper, or I'll forget.
Here's what I'll do.  I'll make some checklists on this blog.
Then, Mapit Dude can ask that girl about girly stuff.
Sounds fair to me.
Visit my website for today's Feature Photo