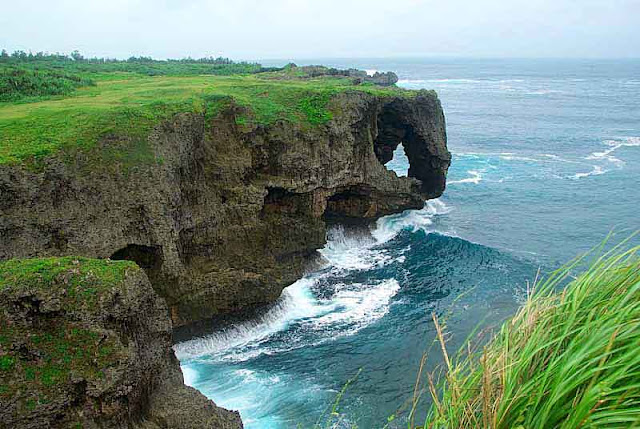 There is a Tropical Storm named Haikui hanging around Okinawa.

The darn thing isn't strong enough to be called a typhoon, so far.

So, RyukyuRusty and I decided to take a ride while the rain was stopped. 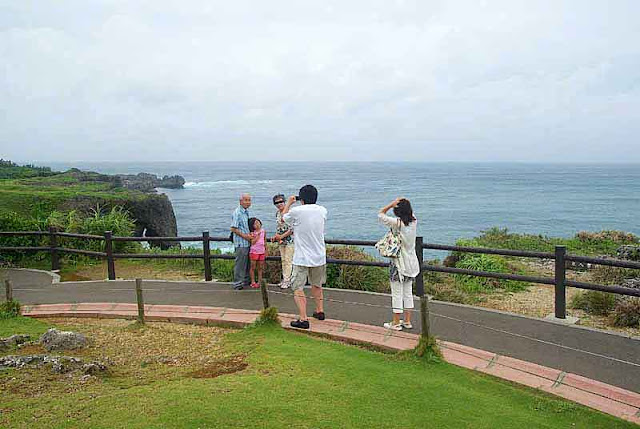 We went over to Manzamo and there were a few other people there, too.

The rain had quit but, the wind was blowing fairly hard.

Over the years, I bet I have had dozens of twisted umbrellas as the result of typhoons.

It would be nice if I could show everybody one, or maybe, a pile with ten of them.

But, the wife keeps throwing the things away on me.

Don't you think Twisted Umbrella sounds like a cool title ?

Today I got lucky.  There was a twisted umbrella right over the fence at the Elephant's Nose. 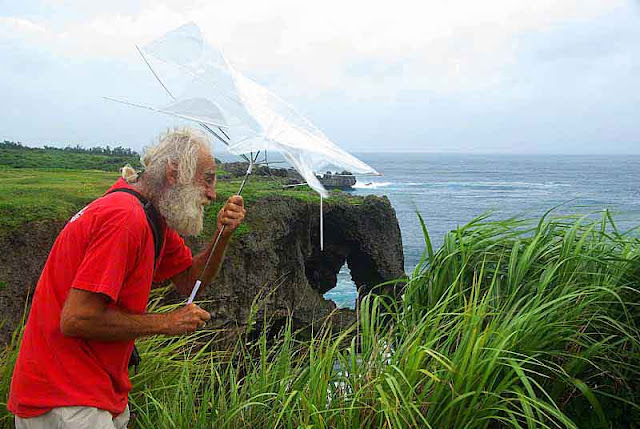 So, I grabbed it and got Rusty to do the shooting. 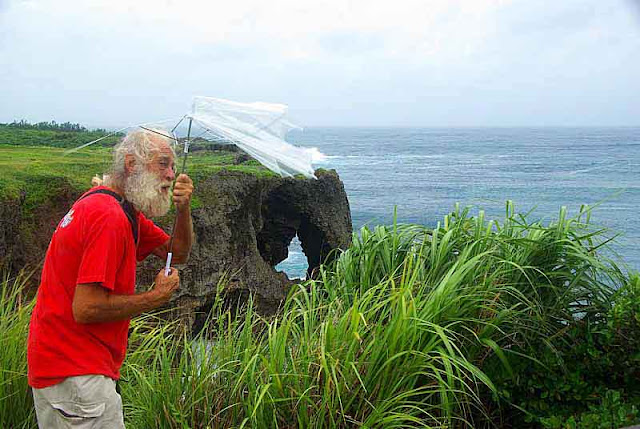 The wind got blowing again and helped me display the thing for you. 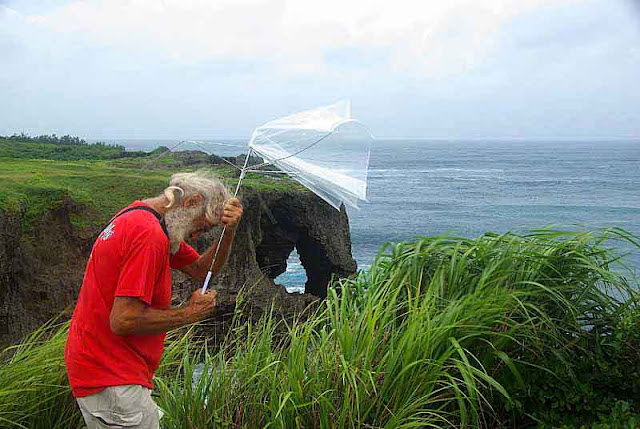 Excuse my hair. I try to keep it styled for tropical storms. 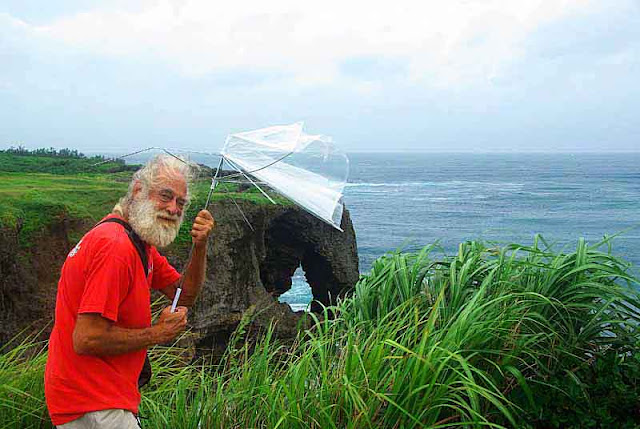 Things felt a lot safer when the gusts of wind slacked off. 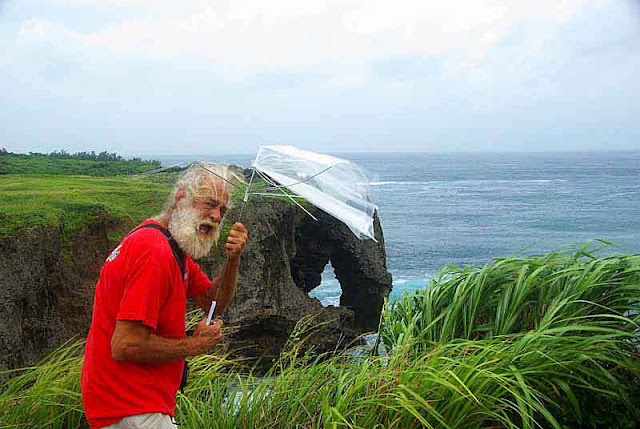 But, I started yelling "Hurry up!" when the wind picked up again. 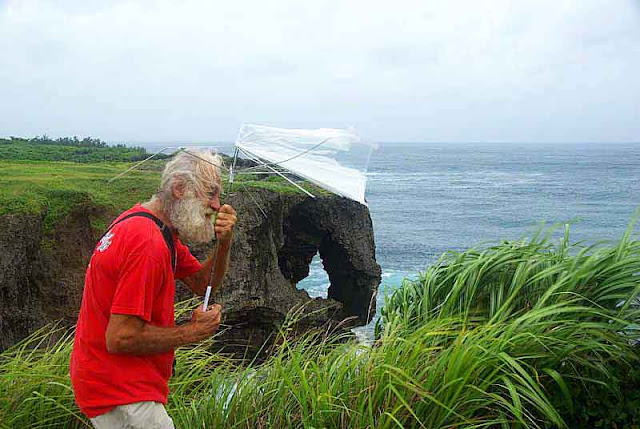 before everyone watching started thinking I was crazy.

Hah.  I put the twisted thing right back where I found it. 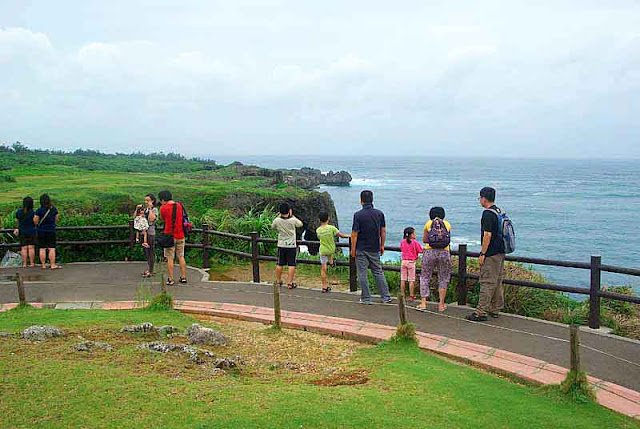 That way other people could use it, if they wanted.

The opportunity to pose at a major tourist attraction with a twisted umbrella doesn't happen everyday. 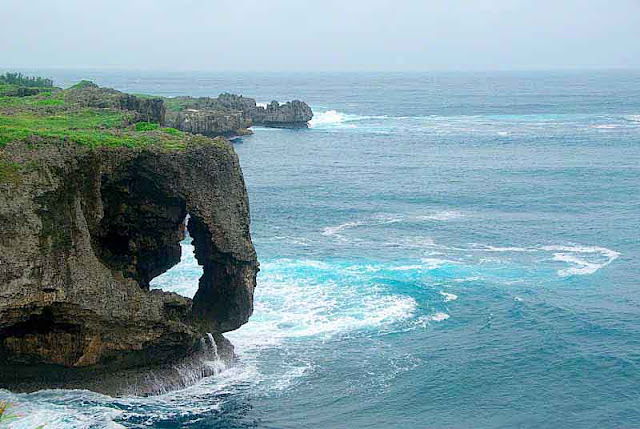 We took a few parting shots and got back over to the other side of the island just in time.

That Tropical Storm, Haikui is dumping buckets of water on us again !