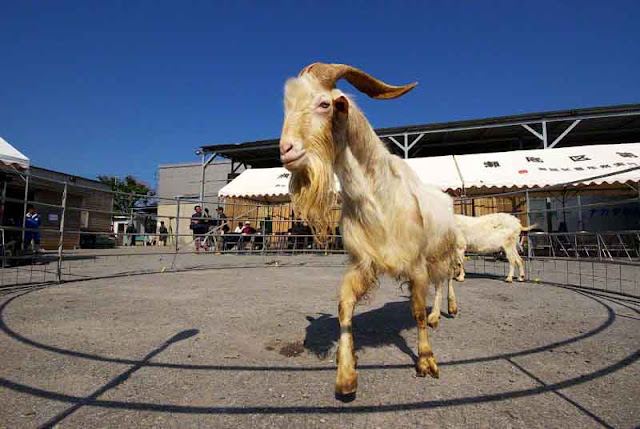 These photos are just a quick preview of this old goat's weekend. 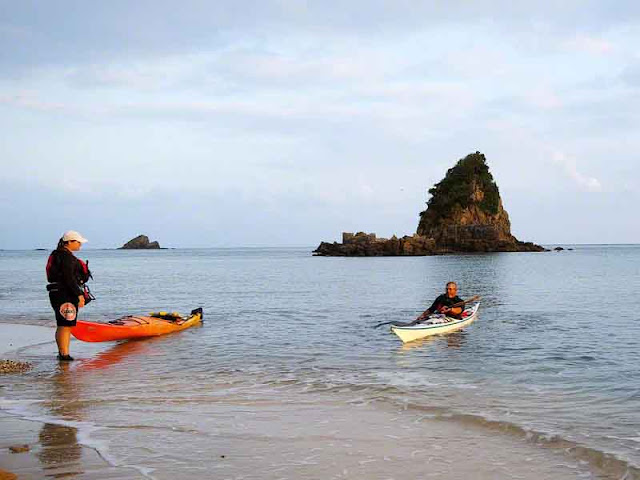 It started, sometime Saturday at a place nicknamed The Shark's Fin.

Some world class kayakers invited me to hangout with them.

We fooled around on the beach until sunset. 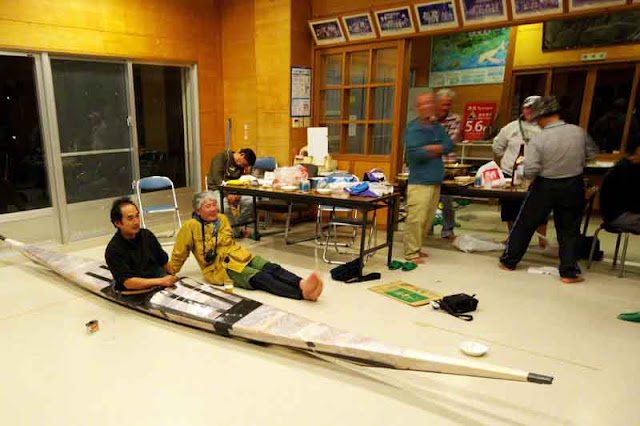 After sunset, the kayak people were celebrating the end of the day.

See the dude sitting in the kayak ?

He made that thing, himself.

All that's wrapped around the frame, to make the contraption float is Plastic Wrap !

He put the kayak in the ocean and paddled-away. 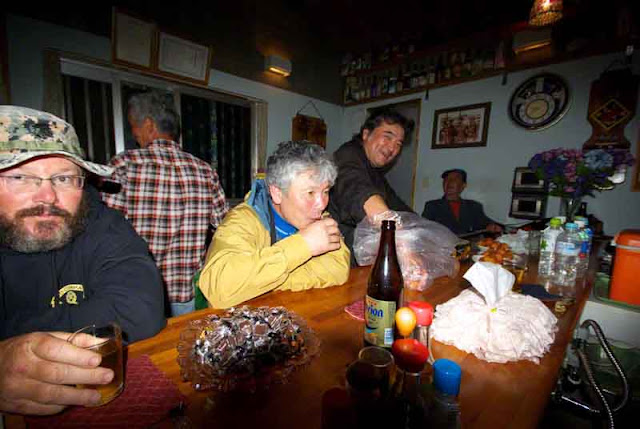 After the kayakers passed out awards and certificates we found a karaoke bar.

And, sort of, took over the place.

We were singing karaoke, drinking and having a great time, well into the night.

When they ran out of Orion Beer, we went back to our campsite. 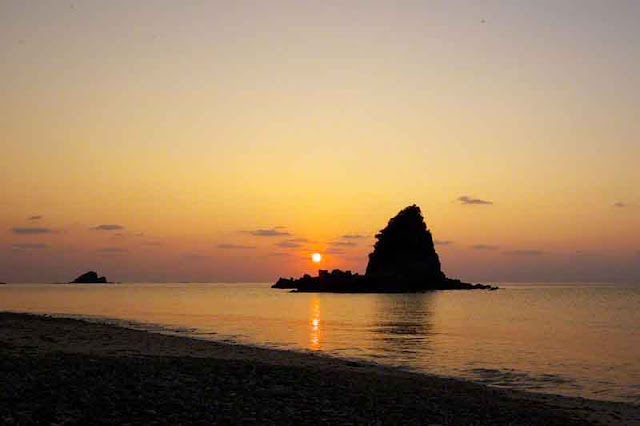 This is a photo of the Sharks Fin taken at 5:33 this morning.

I was up at sunrise because I had to go to another island. 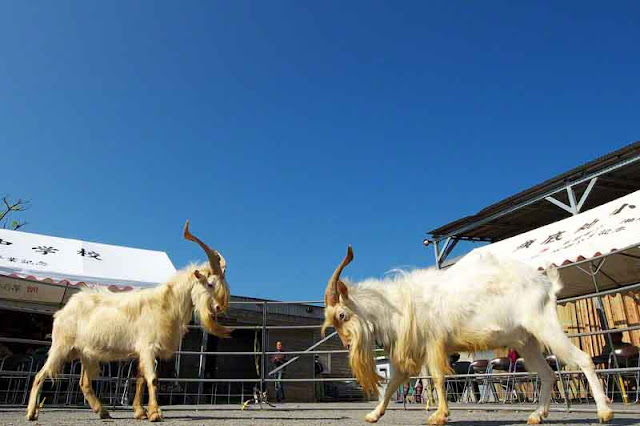 They had goat fights.

It was a long, and busy weekend, for this old goat, and I had a blast.

It's time to shut these computers down, go home, shower and get some sleep.

Sometimes, I forget.  I ain't exactly a kid, anymore. I just have fun until I pass out.

That's the best way to enjoy being an old goat.  More later.....

Posted by RyukyuMike at 2:17 AM

Need to go back there again!