Then and Now (Photos) A Narrow Passage

Meandering through the hills, killing time, this historical sign was discovered.

They should make meandering a religion.  Us meanderers wouldn't ask you for any money.

When, it came time, to get to heaven, we'd be the last ones through the door.

That was a short sermon. 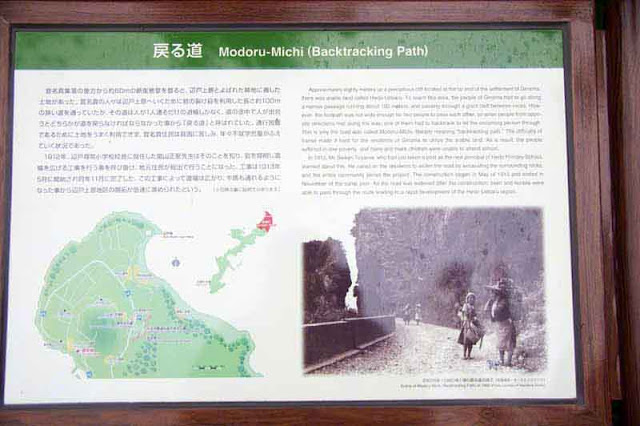 Ginama is a small community, situated between the shore and mountains.

There isn't much arable land for farming, at lower elevations, along this coastal area.

To reach any land worth tilling, people had to do some climbing uphill.

The trail, leading up to farmlands was very narrow. It wasn't wide enough for two persons.

To pass someone along the trail, somebody would have to backtrack, to a wider spot.

It became known as the "Backtracking Path" or, Modoru Michi.

Over 100 years ago the principal of Hedo Primary School decided to fix the trail.

He got a bunch of volunteers, to widen it and, make it safer for passage.

They did such a good job, horses and oxcarts, had room to pass each other. 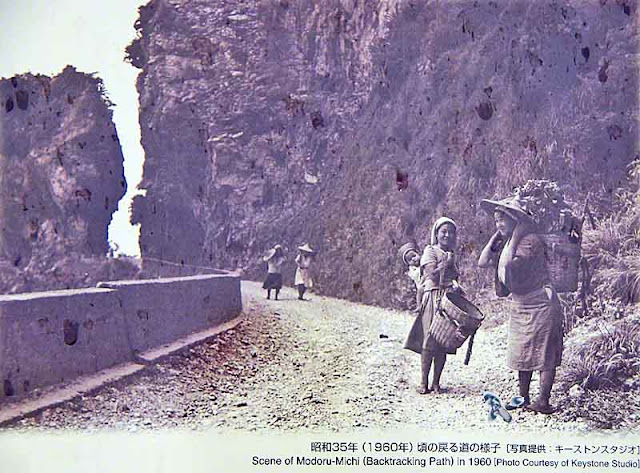 Fortunately, someone from Keystone Studio, took this photo in 1960.

More than likely, it was done by Blackie the Photographer; I'll ask his son.

Notice, the road is unpaved and people smiled.

Smart phones and selfie sticks, weren't even invented, yet.  They had genuine smiles ! 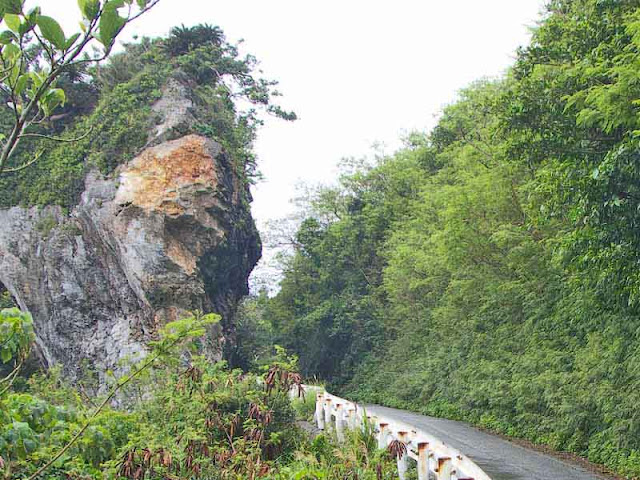 Typhoons, landslides and erosion may have caused some re-routing of the passage. 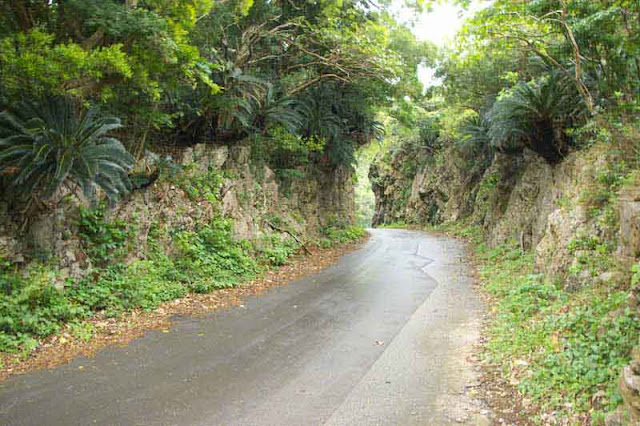 Travel uphill, past the stone formation in the left side of the previous photo and, look back.

It gives a sense of appreciation for the widening of this trail.

If, you happen to be driving and, someone in a vehicle, comes your way, guess what ?

One or, the other will still, have to do some backtracking !

More: Then and Now Photos
Posted by RyukyuMike at 3:49 PM