Here’s a series of ten photos taken at Manzamo, a tourist attraction on the cliffs along the west coast of Okinawa, Japan. This Blue Rock Thrush (Monticola solitarius) was doing something I had never this type of bird do.
So, I hopped the fence that keeps people from falling off the cliffs to see how much I could capture on camera before he flew away.
Take a look at these photos and argue with me if you don't think he was preparing for a date. 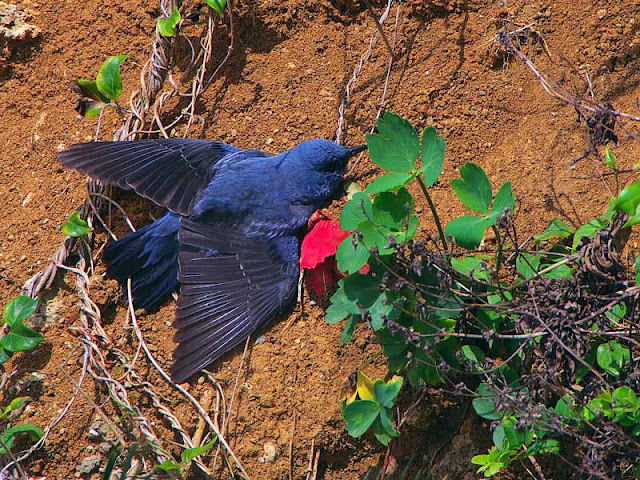 He started off preening his feathers while perched on some coral and limestone rocks. I took a few shots of that but, I’m saving them for a “Not-so-breaking-news-day”, if you know what I mean. 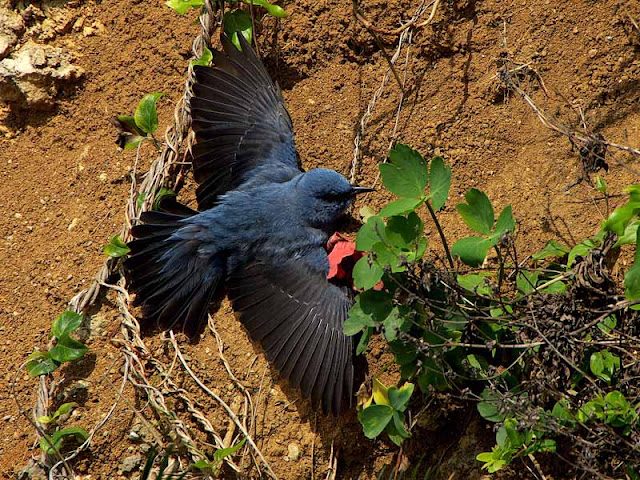 From his perch on the coral he flew to a patch of exposed clay and wallowed in the stuff, giving himself a dirt bath. 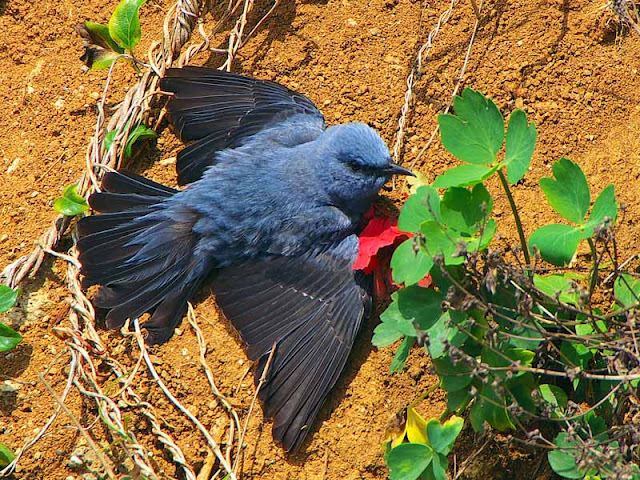 He found the only plant in sight that had a red flower on it and snuggled and wallowed on it, too. 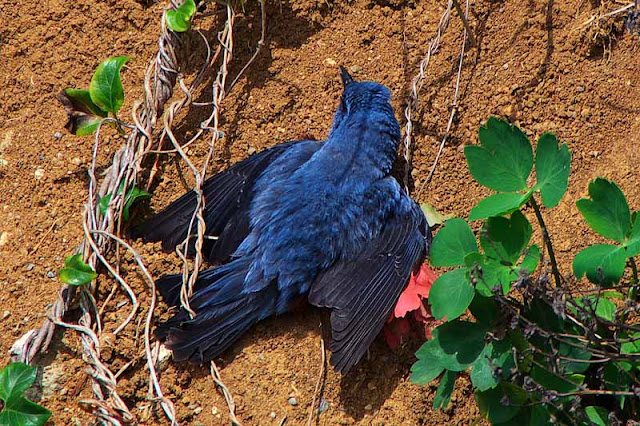 He shaked it to the left. 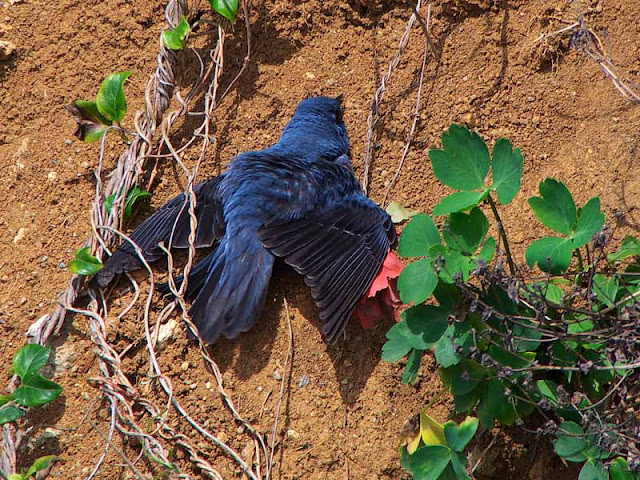 And he shaked it to the right, 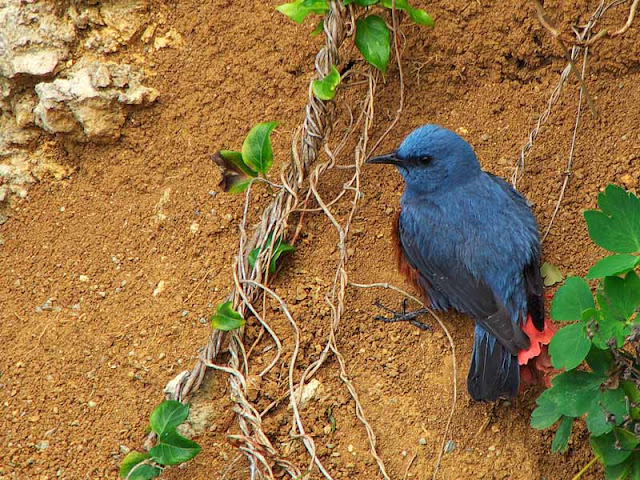 Then, he posed like he was listening to something. So, I shot him. 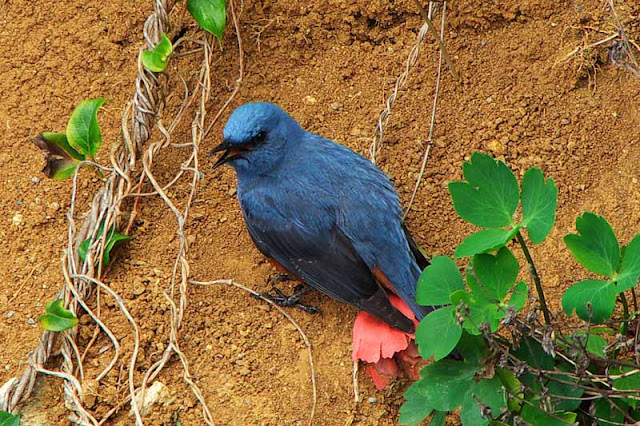 Then he started chirping real loud. 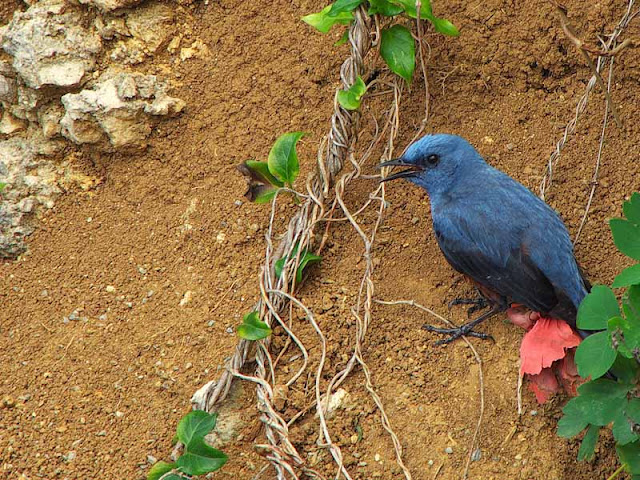 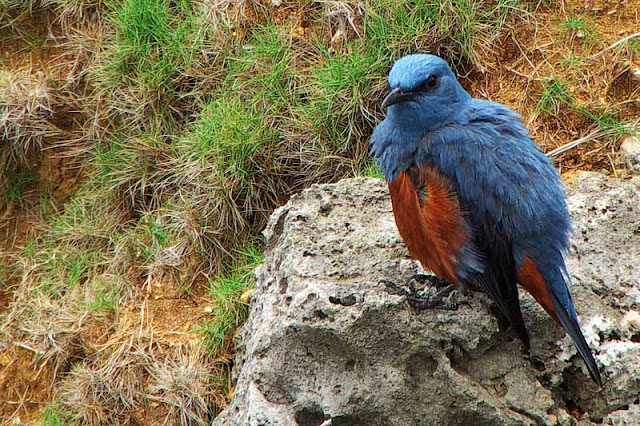 He flew back to his original perch on the rocks and shook the dust off his body one last time. 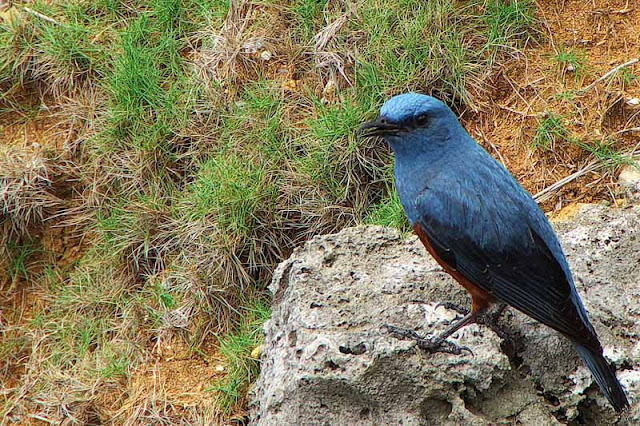 Posted by RyukyuMike at 1:42 AM

The Blue Rock Thrush is a beautiful bird Mike =)) I'm sure his date was pleased with his appearance hehe ;-)

Elle,
Well, I hope he had a great time after all the trouble he went through to get ready !