Here are a dozen photos with short captions to demonstrate how a Pacific Reef Egret catches a Tiger Fish and prepares it for breakfast. The entire process lasted two minutes. 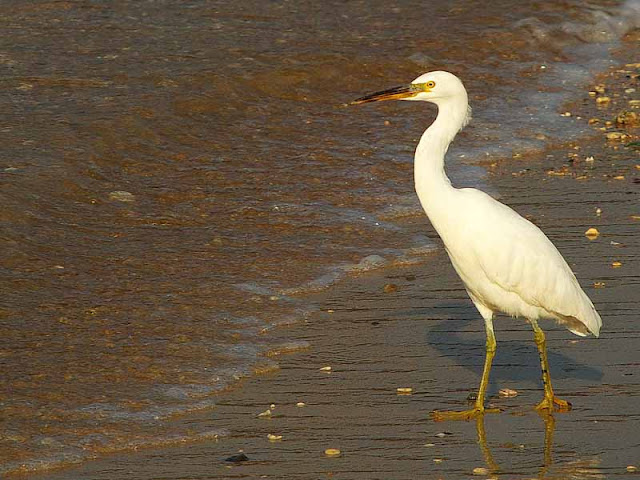 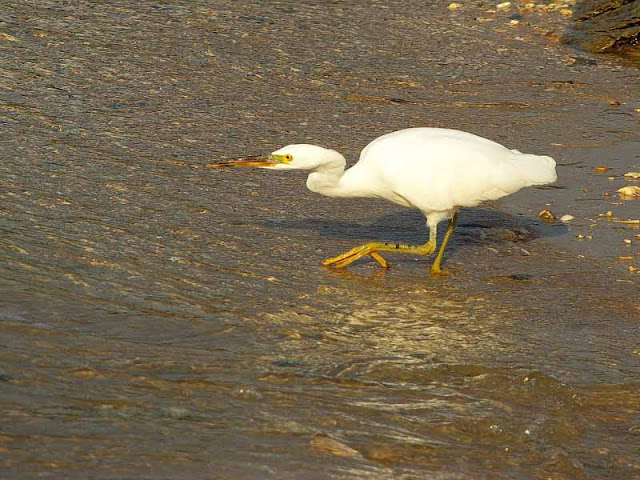 He spots a meal heading his way as the tide comes in and gets down in the bird-stealth mode. 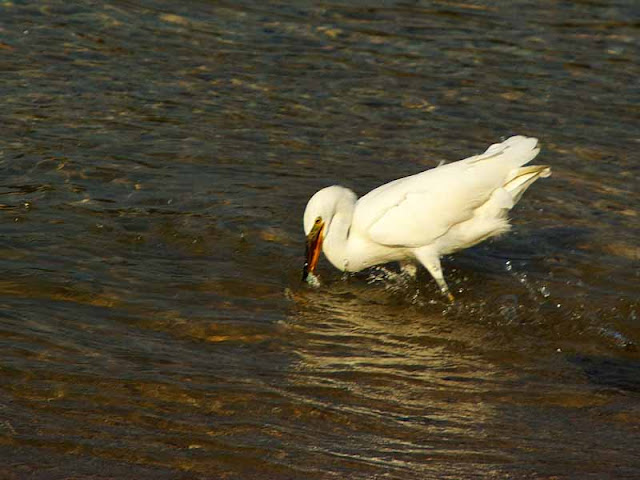 At precisely the right moment he reaches out and grabs the little guy.  It's a Tiger Fish. 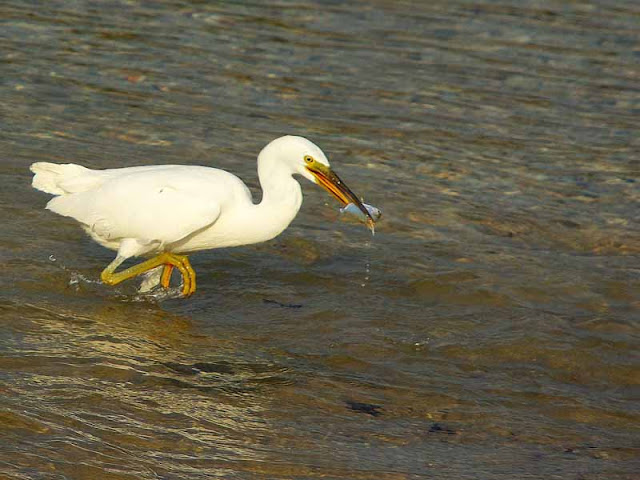 Next, he turns around and wades back towards the shore. 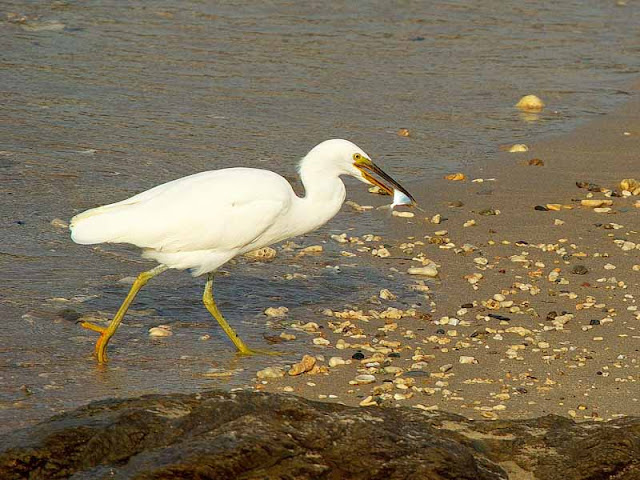 This way, if he drops the fish, it'll be a lot harder for the critter to swim away. 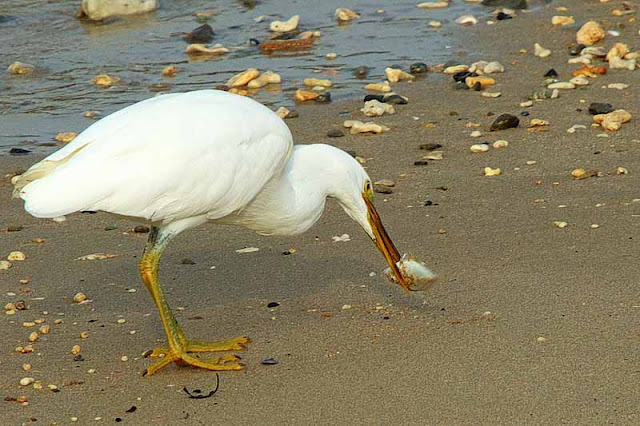 Now, these Egrets don't have any teeth to chew with so, they have to figure out a way to get the fish in the right position to make them slide down the hatch without choking themselves. 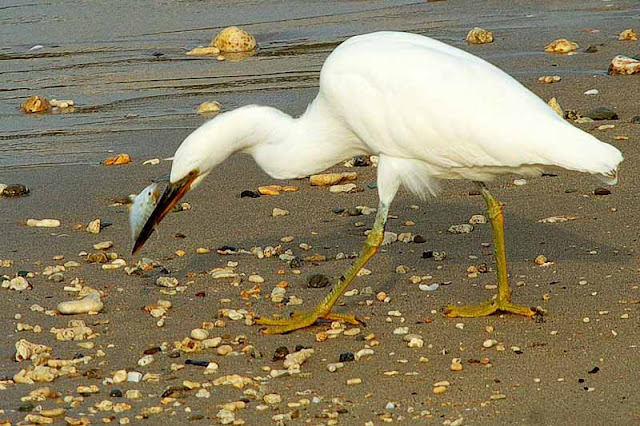 The Tiger Fish sorta figures out what's going on and decides he won't cooperate with the bird trying to eat him. 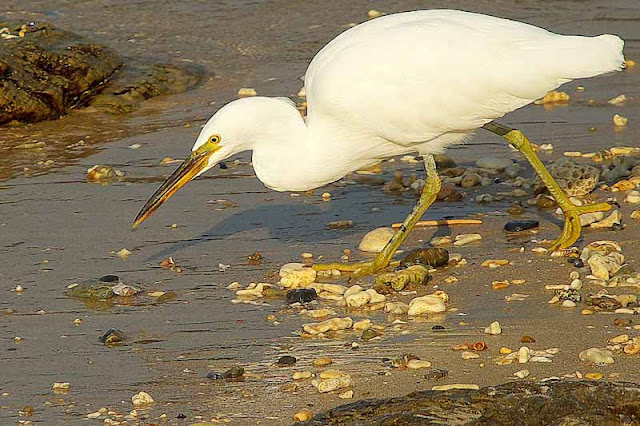 The Egret gets an idea. Just put the Tiger Fish down and keep an eye on him. They're a lot easier to swallow when they aren't throwing a tantrum. 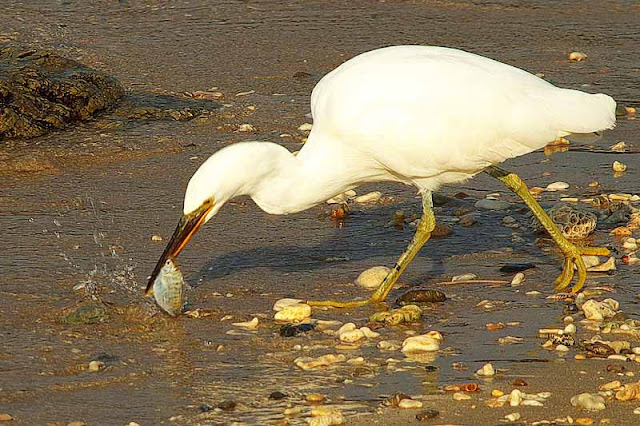 When it looks like he's had enough quiet-time the bird grabs the Tiger Fish again. It's Round #2. 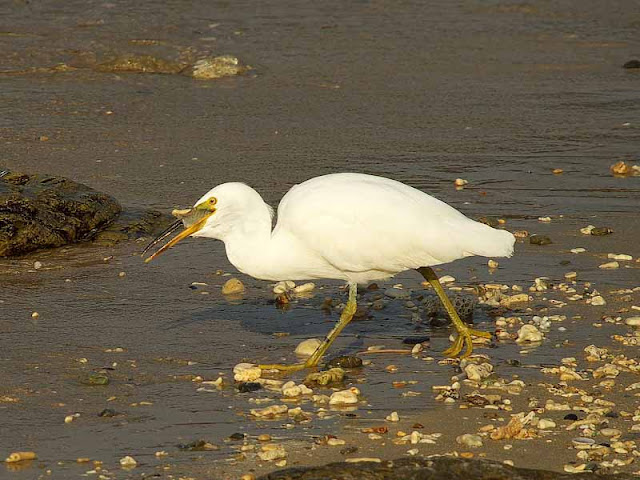 The Egret gets a good grip on the Tiger Fish this time and has clamped him into a position where he can..... 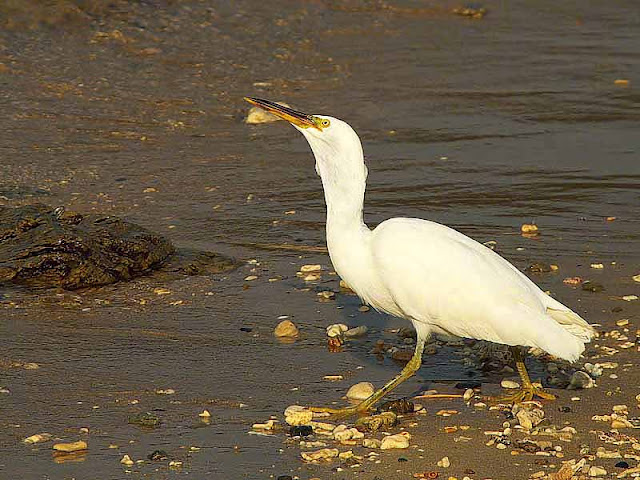 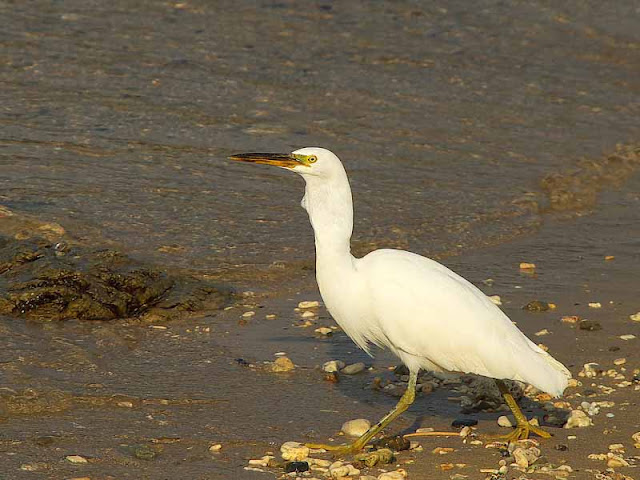 Posted by RyukyuMike at 6:26 PM

Norbert,
Thank you. We should get together sometime and do a joint project.