Travel and Photo Bloggers and All My Friends BEWARE: SECURITY TOOL

There's a vicious little devil that took over one of my laptops this week. It almost ruined my, normally cheerful personality. It definitely set me back a few months in production when I'd prefer to only stay a few weeks behind. Security Tool, be on the lookout for SECURITY TOOL. It will ruin your day! 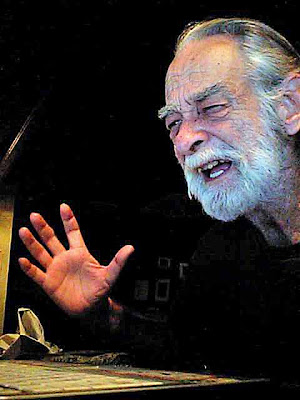 This is not a joke and this is not gonna be a humorous post. This worm, virus, malware or whatever you want to call it has me enraged enough to pack my bags and hunt it's inventor down like the rabid vermin he or she is.

The PC it infected is still alive but, it's not well, yet. I don't know if this program can get into a Mac.

Anyway, here's how it started. One morning about a week ago this Security Tool warning popped up. It looks sort of like some Windows Alert because it uses the red, white and blue Bill Gates sorta-lookin' theme.

It tells you some spyware, virus or worm has infected your computer and it is attempting to obtain your credit card numbers, passwords and all kinds of stuff.

Then, it offers to remove everything for $79.99.  I suppose it would ask you to pay by CREDIT CARD if you fell for the scam. I don't know for sure because I'm not old enough to have a credit card, yet (HAH).

Well, after you ignore the warning a few times, it starts popping up more frequently and giving you all kinds of alerts. Pretty soon it was telling me I had something like 42 viruses and worms trying to take my life savings, passwords, PIN numbers and anything else you can imagine that has to do with money.

Before long, you can't do anything with your PC. The pop ups won't go away. Maybe, if you give them the $79.99 they'll go away for awhile. I wasn't buying it. I Googled "SECURITY TOOL".

My Google Search confirmed it was a scam and people around the world were having problems removing the worm. Then, I started looking at all the instructions at different sites telling you how to remove it.

That's where I got the idea to use my Smily Face Photo above for this post. You'd need a degree in computer programming with a minor in geek-speak to perform the operation on your computer if you follow the instructions the Security Tool Removal sites give out.

Somehow I came across my old buddies at CNET.  They have a download that gobbles up the problem.
It has about a three and a half star rating but, it gets rid of SECURITY TOOL for you, pronto. It got rid of a few other gadgets that I use, too!  So, I have to reinstall some spyworks and Japanese translator tools I use in my line of business but, that probably wouldn't effect the average travel/photo writer or blogger.

The tool that gets rid of SECURITY TOOL is a free download called STOPZILLA and it worked for me. But, I uninstalled it, too. It works a little bit too well for me.  My recommendation: Bookmark this.

UPDATE: AN ALERT READER FROM STUMBLEUPON NAMED Sjonie SENT ME THIS LINK. GO THERE AND FIND AVAST! FREE AND NEVER HAVE THE PROBLEM!

Posted by RyukyuMike at 3:12 AM

I've been using Avast for about 5 years and definitely recommend it. Hope you get everything back to normal soon.

Lucy,
OMG, we should give everybody at Pocket Cultures a heads-up. Maybe, the worm would never have gotten into my PC if I'd been aware.
You just bumped CNNGO to the back burner; you are going to be next on my submissions list!

Hermitbiker,
Just a l'il stumblin' block. I'm recovering, now.
Thought it'd be a good idea to warn everyone, though.

Thank you! And good idea about warning everyone else - I'll post it in the forum right now.