Girls with Weapons in Their Hair: The Okinawan Jifa

Weapons were banned in Okinawa by the Japanese after what was known as the Satsuma Invasion in 1609. The Ryukyu Islanders developed unique ways of defending themselves against Samuri warriors armed with spears or swords. Farm implements, common tools and even jewelry became martial arts weapons. Have a closer look at the Kimomo clad women performing in the annual Coronation Ceremony for the King and Queen of the Ryukyu Islands. Their hairpins are called "Jifa". They are girls with weapons in their hair.

From a distance, waving their fans and dancing with graceful, fluid motions while taking tiny steps in their full length kimonos, they may appear quite dainty to an evil-doer lurking in the shadows. 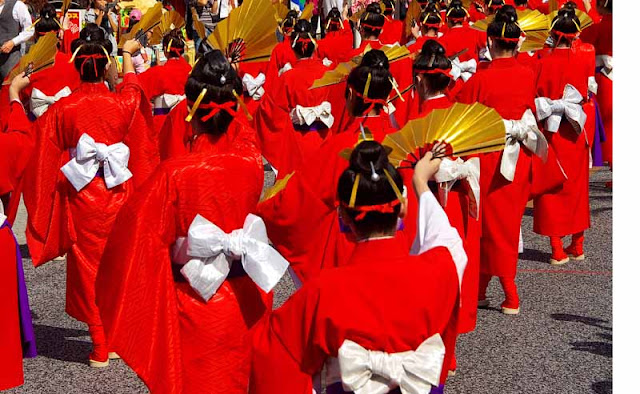 Zoom-in and have a closer look at the topknot of the girl in the lower righthand side of this photo. The Jifa is much more than a hairpin or piece of jewelry. It is a deadly weapon. In their dance lessons, they learn much more than how to step and fix their hair. They also learn martial arts. Mr. Stalker best stay in the shadows. 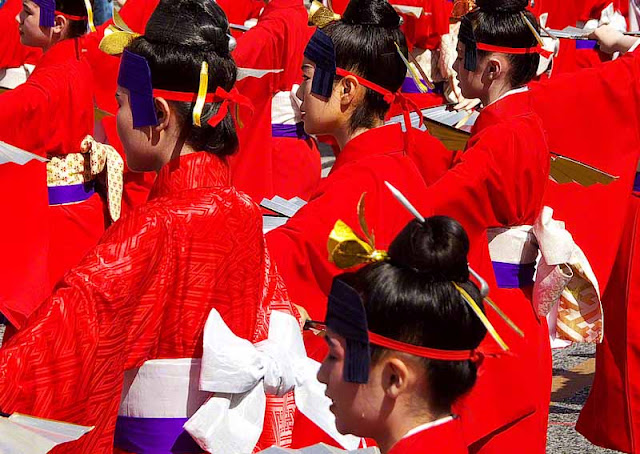 An even closer look at the Queen's hairdo, as she's leaving the castle, shows she has a gold jifa as her hairpin. 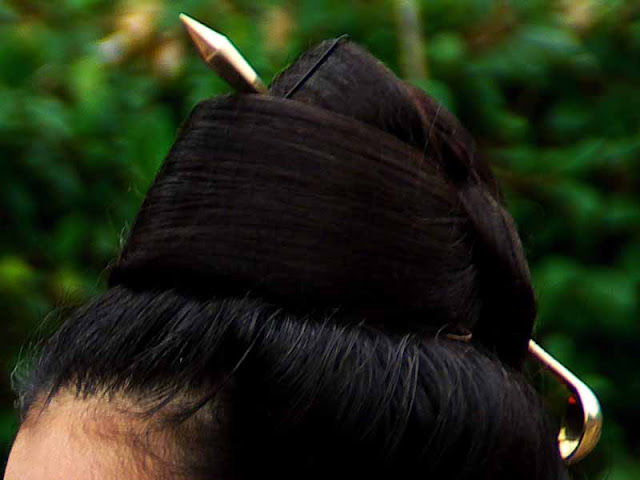 Now that I'm safe at home and out of the shadows I'm wondering "What other places besides Okinawa, Japan can you find girls with weapons in their hair"?

Now that David Carradine is gone, perhaps they might want you to star in the next couple of "Kill Mike" movies.

Keith,
Surely you jest. I'd play Rip Van Winkle, though!