Lately I've been out shooting the camera all over the Ryukyu Islands, not just the main island of Okinawa, Japan but, some other ones I've never set foot on before.  Today found me in a cave I don't know the name of, on an island which I haven't learned the name of, yet.  I've been busy.  But, there are times when I'm waiting for the lighting to change at a cave entrance and instead of getting bored, I find something to do.
Like shooting waterdrops hanging on to stalactites until they drop off to form stalagmites on the cave floor.  Why should I get bored ? 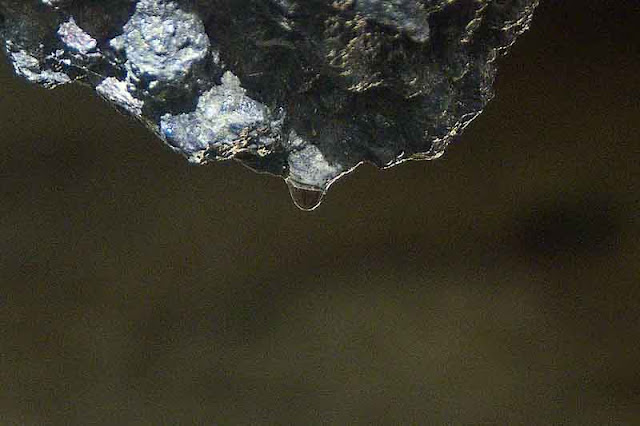 Here's a waterdrop in natural light near the cave entrance. 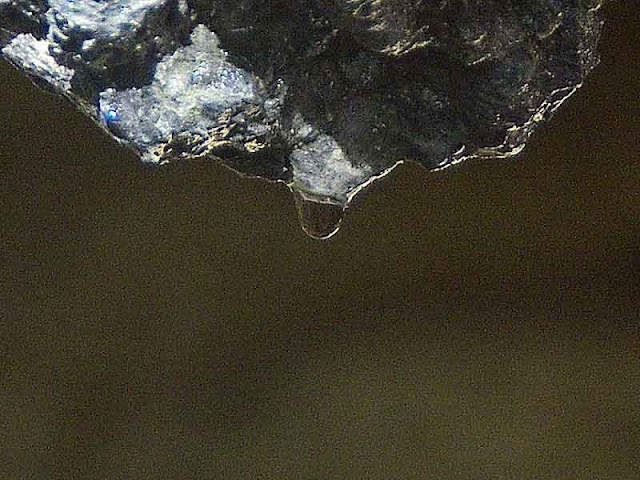 It gets a bit elongated. 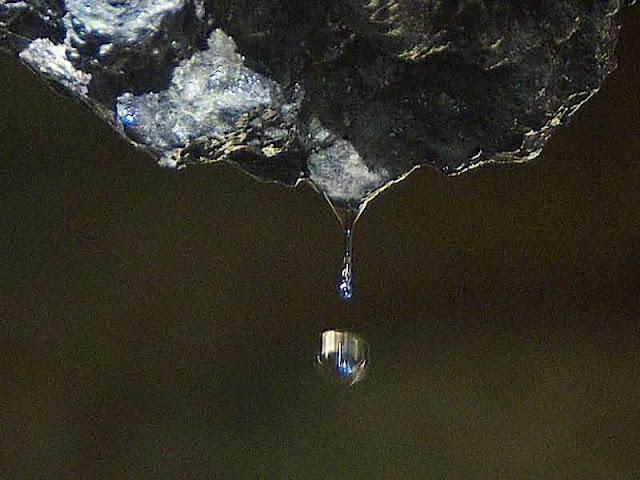 Then, when you least expect, it makes a mad dash for the floor.
This particular cave had some pottery and arrowheads discovered in it that were over 6,500 years old.
That got me to thinking.  I wonder what the cavemen did when all their important tasks were done and they were waiting for the light to change.  They didn't have cameras to fool with, the internet, or even black and white TV's.  I don't think beer was even invented, yet.  Dang !
Do you suppose they just sat around watching waterdrops in the cave, too ?
RELATED POST:

GOING DOWN (PHOTOS) HOW I GOTTER DUN


VISIT MY HOMEPAGE FOR THE PHOTO OF THE DAY

Posted by RyukyuMike at 6:44 AM