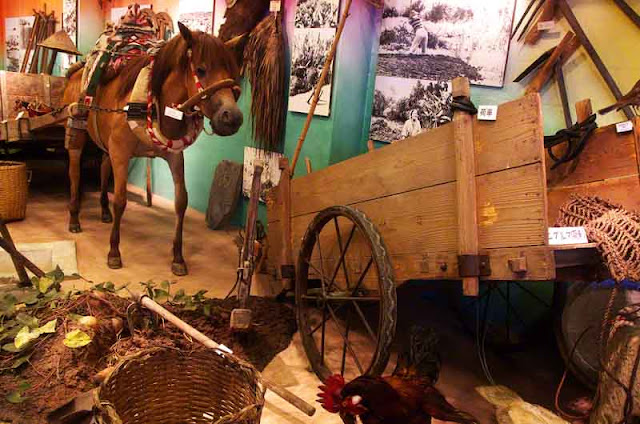 Wow, they have this museum in Nago City Okinawa, Japan that really rocks !
Not what you'd call a big fan of indoor photography, I had a blast shooting in this place. 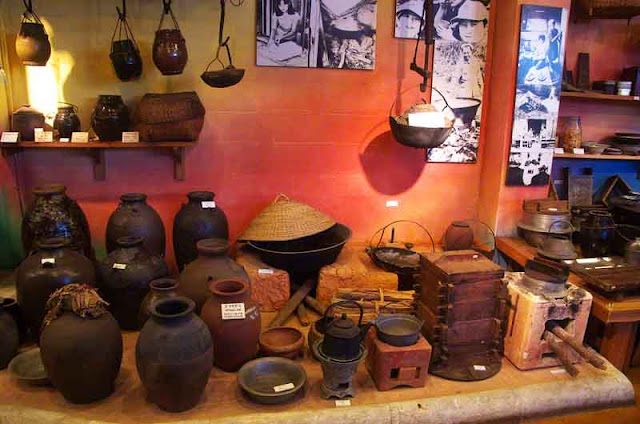 Lots of museums won't let you use a camera these days for whatever reasons.
And even the few that let you take photos, don't exactly have the best lighting.  Most of them have those glaring flourescent tubes that reflect off of glass cases and ruin your pictures.
But, the Nago Museum had incandescent lighting and everything was on display out in the open.
There was pottery for the pottery culture crowd to see. 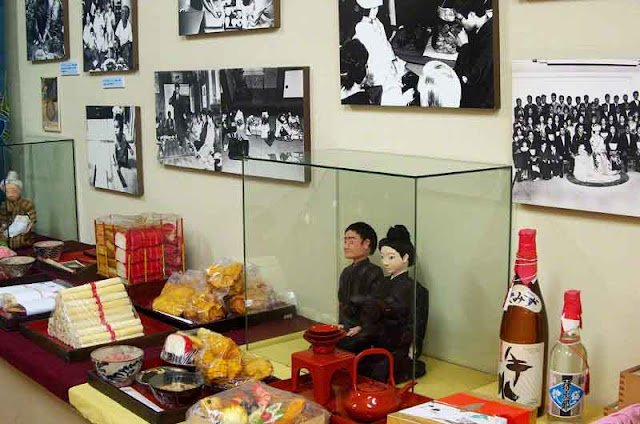 Displays depicting good old fashioned weddding scenes with all the food and booze.  They even had a grandma tucked away in the corner.  Who doesn't love grandmas ? 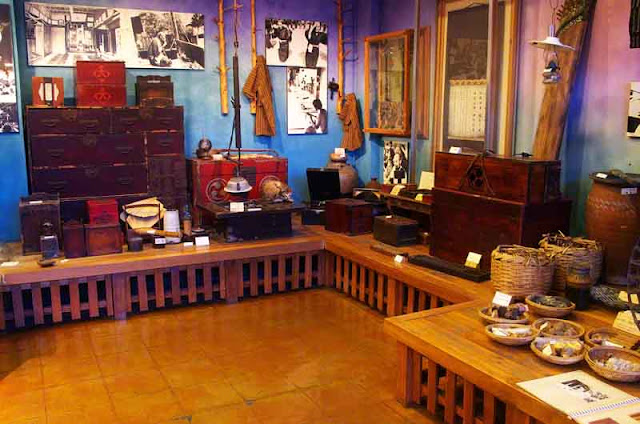 If you were trying to learn the culture of Okinawa, you could see it all, right here. 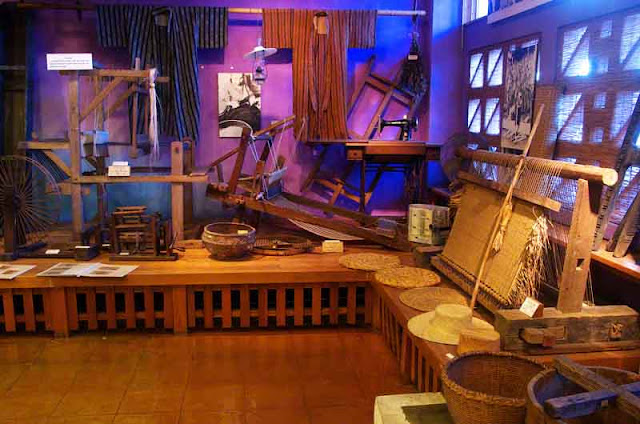 Most of the things you see in this museum, you could probably still find in someone's house today. 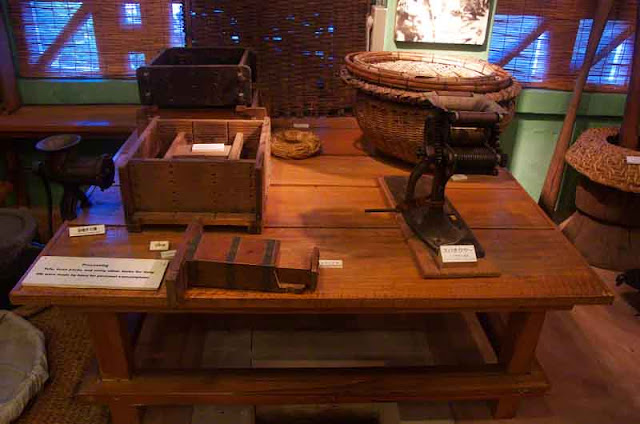 But, there are many items which have been replaced by modern gadgetry. 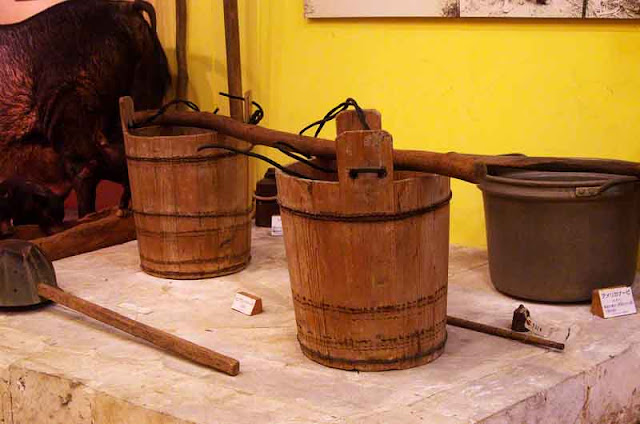 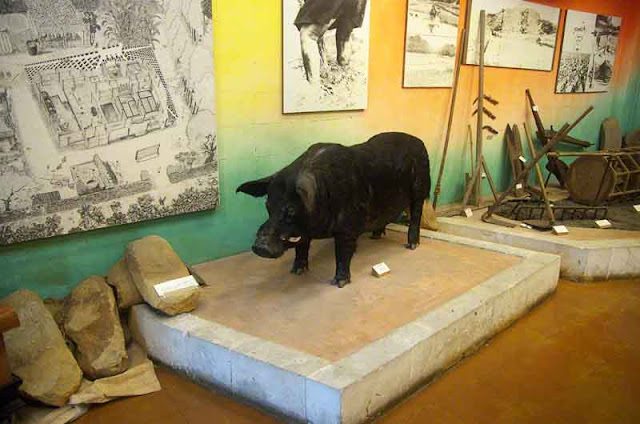 It's getting harder to find wild boar on anyone's menu. 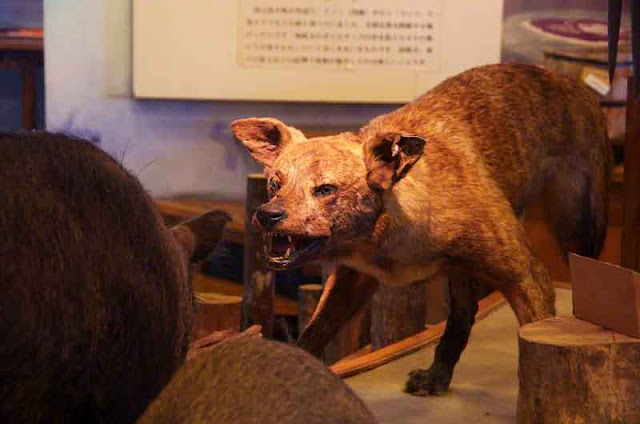 A man used to be able to take the dogs out hunting. 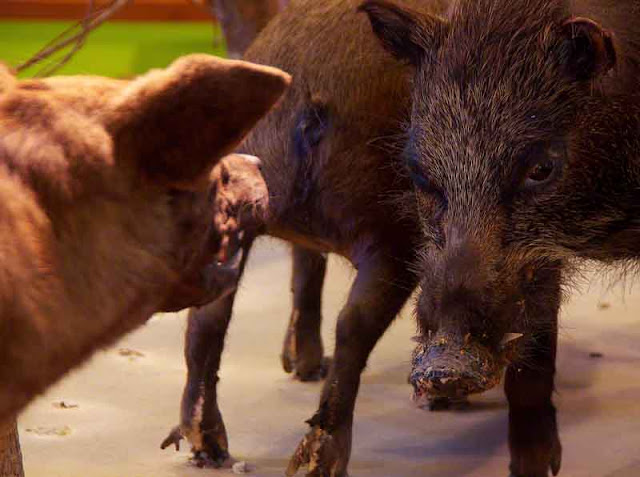 He'd get him some wild boar to take home for dinner. 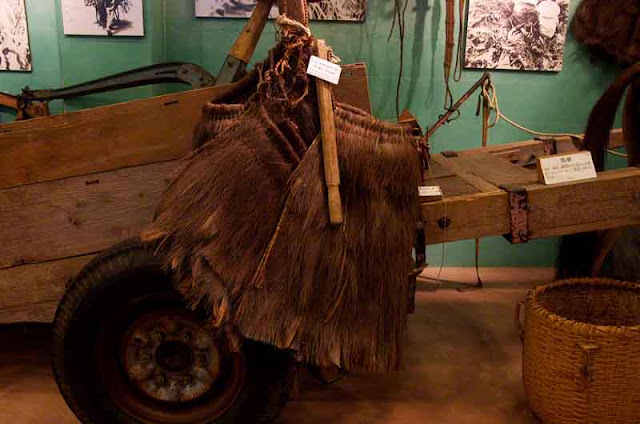 The little missus would do the gardening, gathering, cooking and weaving and be wearing one of these fancy homemade skirts.
The folks at the Nago City Museum were nice enough to let me set up my tripod and camera anywhere I wanted.  So, next time I go I'll bring another lens, an umbrella and some reflector boards.  There's lots of the culture from days gone by, that I missed.
NOW, WHAT'S SHE YAPPIN ABOUT ?
Dang, can't a cameraman dream, anymore ?
YES DEAR,  I KNOW,  I PROMISED TO TAKE YOU TO THE MALL !
NOTE TO LOCAL READERS: DIRECTIONS HERE

Posted by RyukyuMike at 8:58 PM

When going in places like that, do you worry about people thinking that you are one of the displays?

FishHawk,
Now I know why that gal was using a feather duster and hairbrush on me!