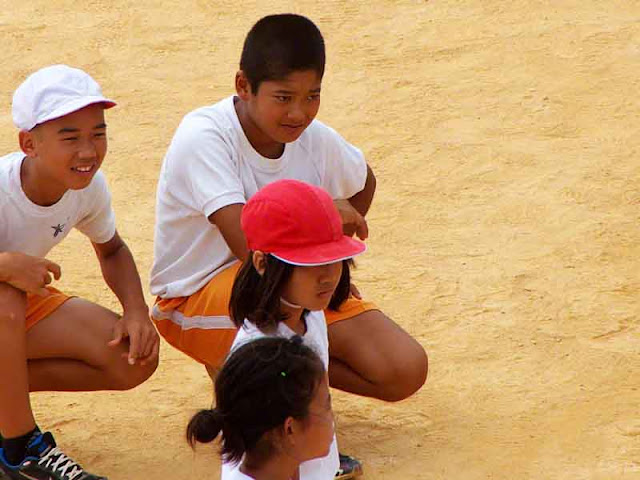 The guy at top and center of this photo is a grandson.
He was probably thinking about the race.  He and his father would be running against a girl and her mother. He has reason to be concerned.  I checked them out with my zoom lens and they looked like they might be in good shape.  Masaki is probably thinking "What's my redneck grandpa going to say if we loose this race?"
"For sure, he's around here somewhere with that dang camera." 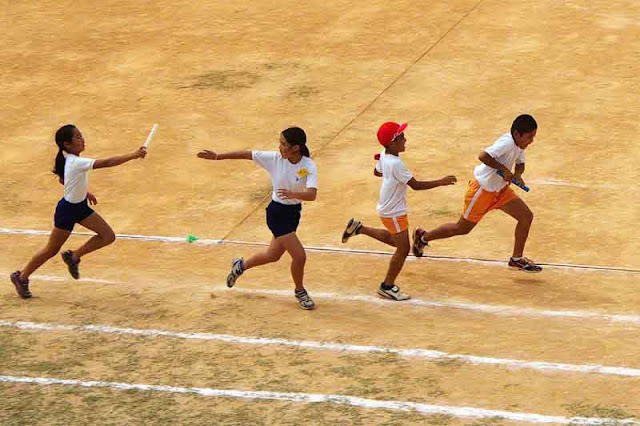 When the time comes, he grabs that baton with both hands and takes off like he's running from the law. 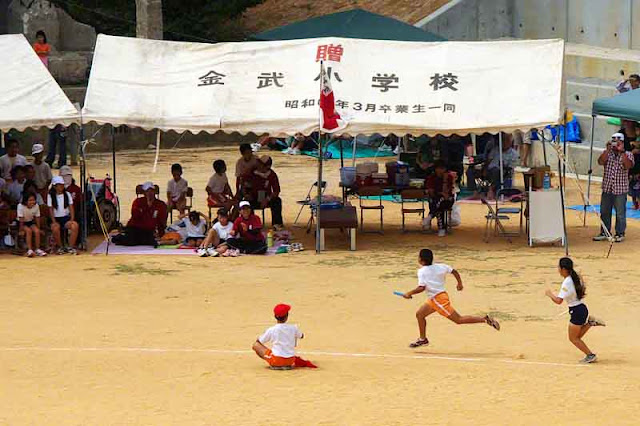 That little girl must have a redneck grandpa, too.  I bet she could outrun a fox. 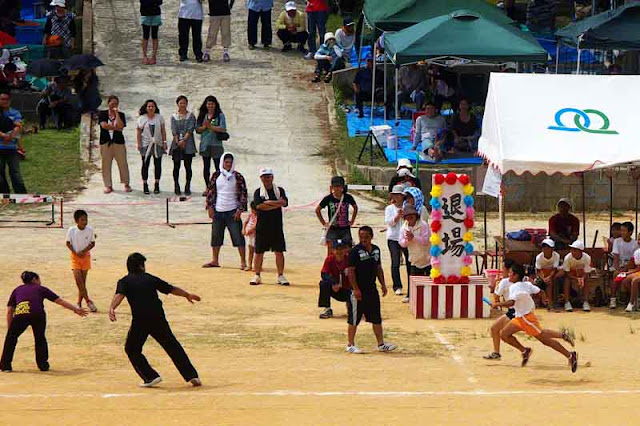 Facrynoutloud,  a GIRL WAS PASSING MY GRANDSON in a relay race.  Noooooo !!! 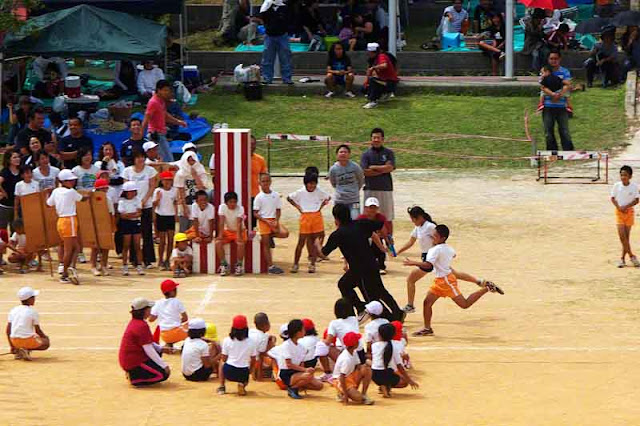 The man in black, that'd be my son-in-law, Masa.
He's probably saying, "Gimmie that stick, boy.  Grandpa's watchin and time's a wastin." 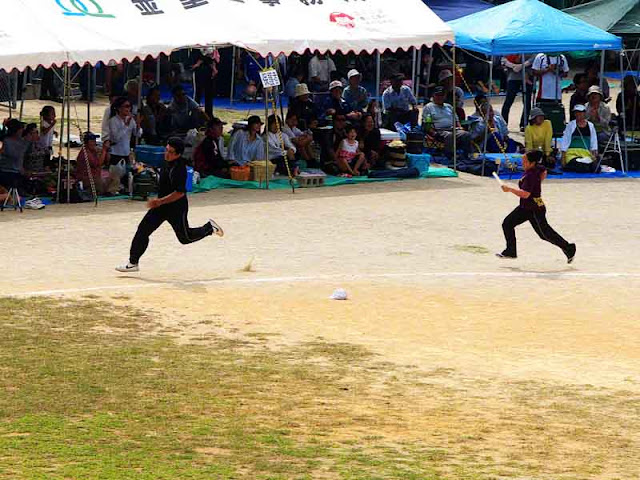 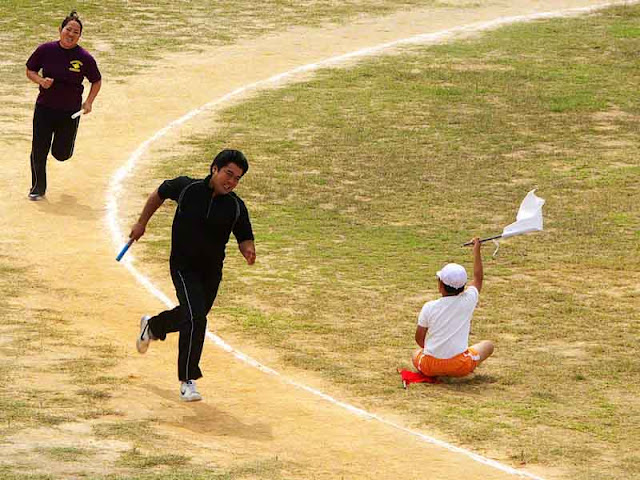 Is turn it on with all you've got 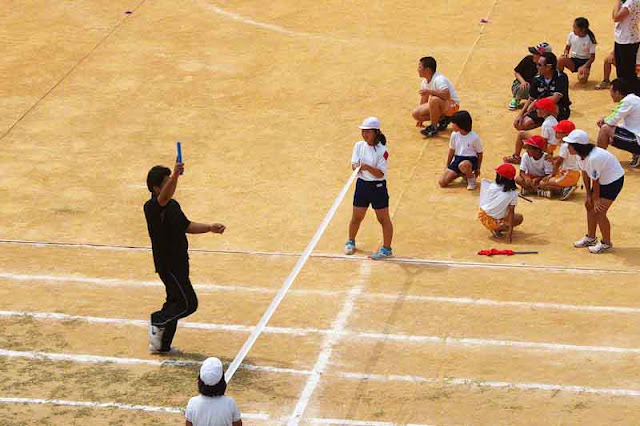 AND LET THE GIRLS 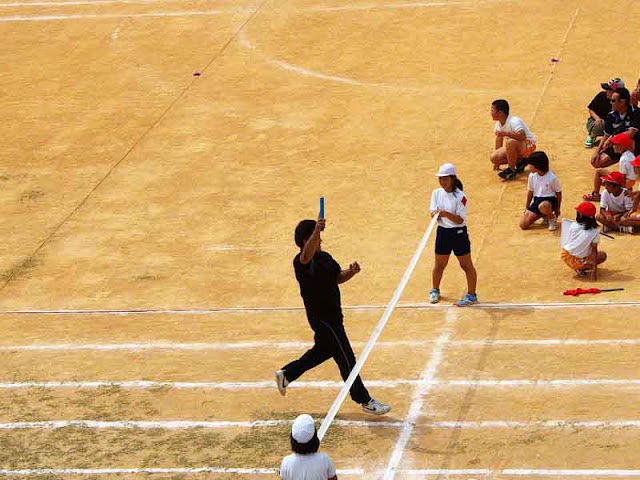 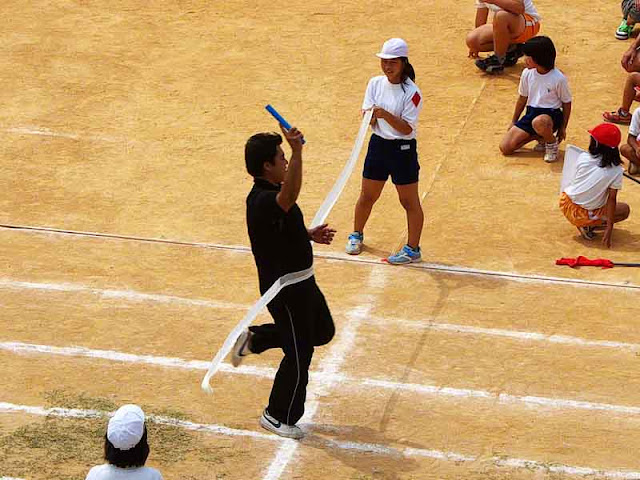 So, don't go sending piles of hate mail.  I know women can beat the guys at lots of things. OK ?

Like, there's this skinny, little gal who's the World Champion at

Call me a Redneck if you like.  I just think  some contests like the one above, beer chugging and maybe, farting real loud, guys should compete against guys.  Girls against girls.  If you mix the two together don't be surprised if the dudes say "Let the girls eat dirt."

That Black Widow, whatever they call the girl who ate 183 buffalo wings in 12 minutes, I'd like congratulate.  But, I wonder if there ain't some poor buffalo flying around in circles, now.

Alison,
Aw, hate mail from you, I love it. Let's do buffalo wings sometime !

Your devotion to our cause, DMW (Downtrodden Men of the World), brings a tear to my eye. Would you consider running for president in the next election? You could have Ryan as a running-mate. My wife won't allow me to attend anymore meetings, but I can still vote early and often online.

FishHawk,
Those Presidential fellers; they gotta be some kinda Politicians. Don't they?
Well, I'm flattered ya asked but, I'd rather eat dirt !