Photography Tips: How to Shoot the Guinness Tug-O-War

It doesn't have to be the Guinness World Record Tug-O-War, you can use these photography tips as a how-to for any festival or event where a few hundred thousand people decide to gather in the street for your photographic pleasure. 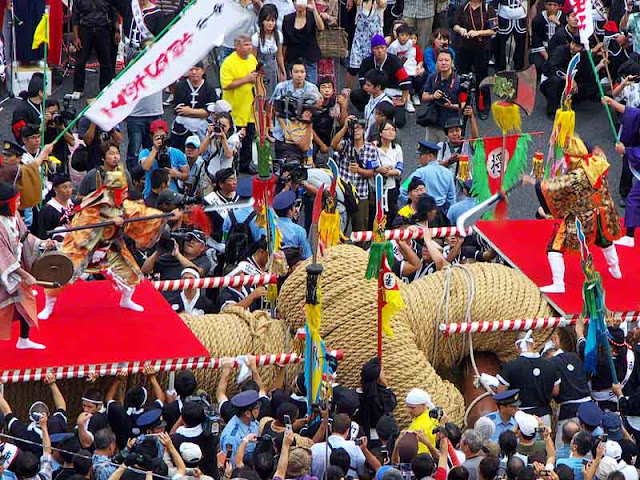 This photo was taken at the 2010 Great Naha Tug-O-War with a 250mm zoom.  Call it a far-away close-up.  The focal length you have available on your camera determines how much distance you and your camera can be away from the crowd. Before zoom lenses were invented the cameraman's method of zooming-in was HIS FEET !
The trick I used here to bring you up close, without having to get into the crowd, was get some elevation, high above them. 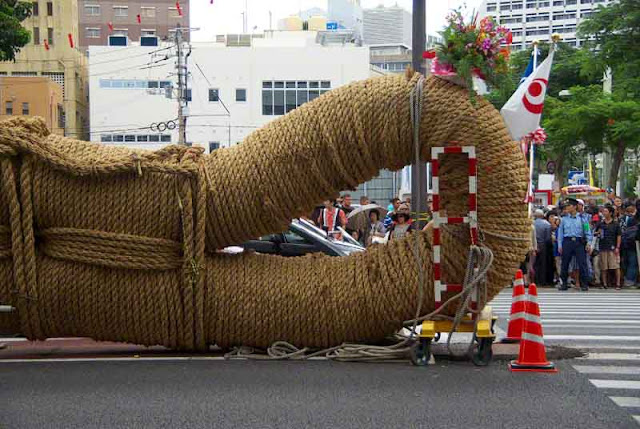 To catch a shot of the monsterous rope without a crowd bumping into the tripod or popping up ruining my attempts at Auto Focus, I shot this photo early in the morning. 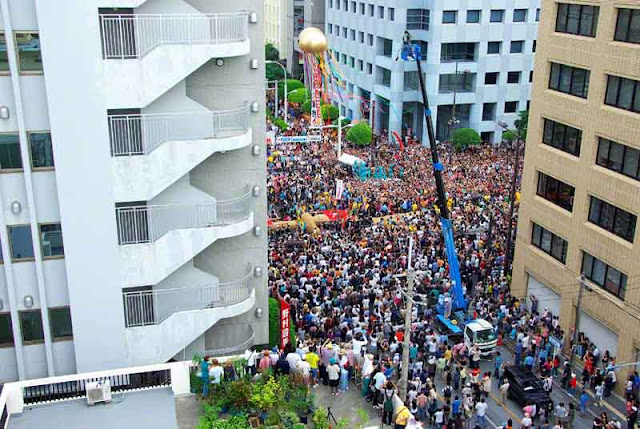 Climbing tall buildings is one way to avoid the crowds and squeeze as much of them into the photo frame as your lens will permit.  I have no idea what it cost for the TV station to put their cameraman up in that crane.  But, I figured as long as I was going for a climb, I might as well get higher than him.  My elevation was FREE.

This year I plan on letting some one younger do the rooftop climbing and let them use the SIGMA 50-500mm.  All the photos above were taken with an 18-250mm lens.

Not to worry, somebody like, RyukyuRusty's Mom, we'll bring along a safety leash so nobody falls and hurts my lens. 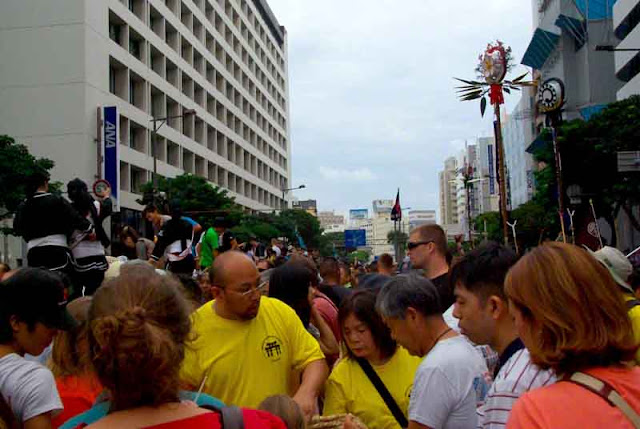 Taking some photos at ground level, among the crowd is always fun.  You may have to use manual focus, or get the camera off continuous auto focus and just lock your focus on a selected subject. 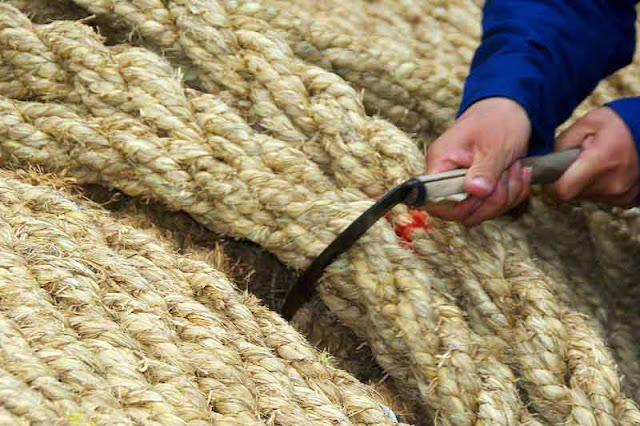 The only way to capture a close up like this, is fight your way through the mob, bump a few shoulders, forget using a tripod, step on toes, or get yours stepped on and go for a quick handheld shot.  This photo was taken in 2009.  Last year, by the time I got off the rooftop to get my souvenir from the Guinness Record monster rope, they were done hacking strands to give away and kicked me off the street.  Everybody wants a chunk of the rope because it's supposed to bring you good luck, if you take a strand home. 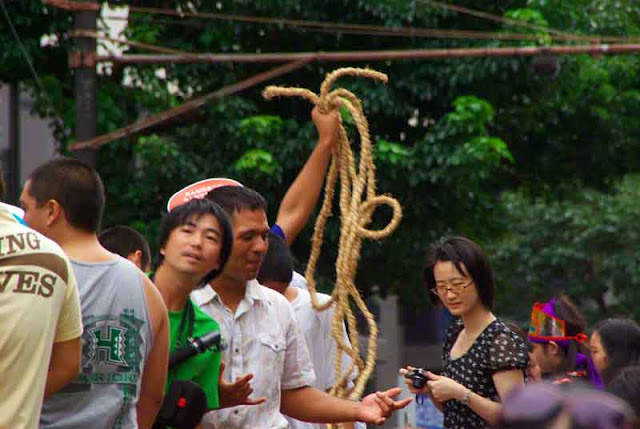 For a big event like the Naha Tug-O-War what you really need is cameramen operating from several different angles, if you plan on photographing all the activities taking place.

If you happen to be in Naha Okinawa for the 41st Guinness World Record Tug-O-War this Sunday afternoon you are liable to run across any number of Ryukyu Cameramen, except maybe, not RyukyuRusty.  He'll be tied to a water tower on top of a tall building.

Say "Hi" if you want but, please don't step on my toes.  I'll be in the thick of it trying to grab some of that rope.

Now, you could use my photography tips for the Guiness Tug-O-War anyplace on earth with a bit of imagination.  Like, THE WALL STREET PROTESTS, comes to my mind.

Somebody ought to get a team together, go out there and getterdun.  Dontcha think ?

Posted by RyukyuMike at 9:09 PM

Always handy to have some rope lying around. Especially in the land of Godzilla. ?;-)

Good luck this year - especially with your big lens hanging precariously above your heads.

AdelaideBen,
Thanks. Big lens, no problem; it'll be far enough away my head won't be under it !