The Streets of Kudaka Island for Thursday's Travel Photos 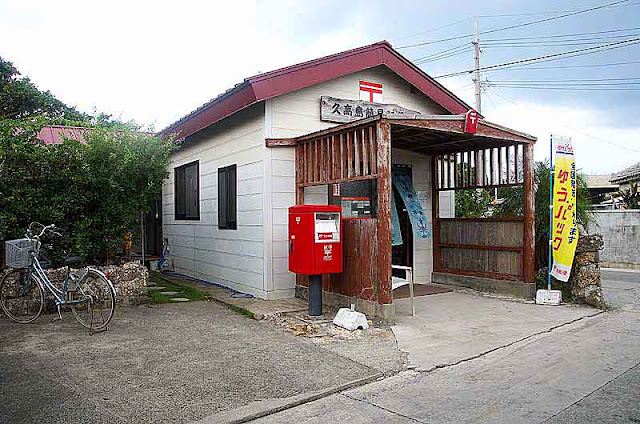 These photos were taken on the Island of Kudaka-Jima.  It is the island where the people of Okinawa, Japan believe life originated.  I had heard the legends of this Ryukyu Garden of Eden way back in the last century as a college student but, had never set foot on the ground until October 2011.  I told you all, I would go there someday and shoot some closer-up pictures in the caption of THIS PHOTO OF THE WEEK.  So, that's what I did, hopped on a boat one day with a camera and tripod (Oops, forgot to tell the Missus) and went over there just for a few hours. 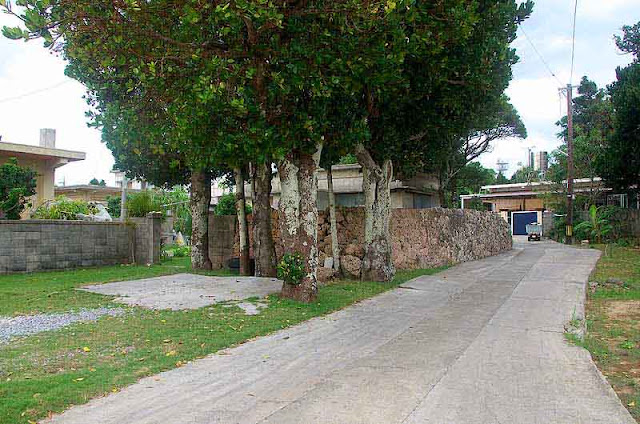 They had paved streets.  That kind of surprised me. 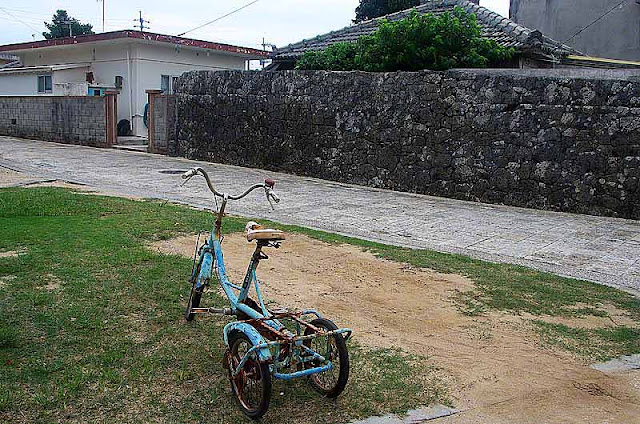 But, there wasn't much traffic on the roads. 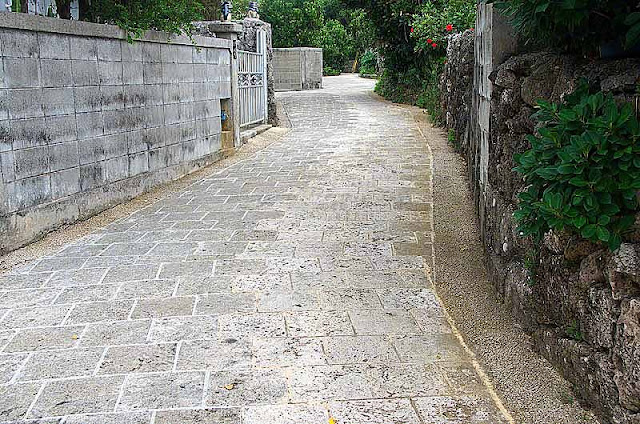 It was no problem setting up a tripod in the middle of any street. 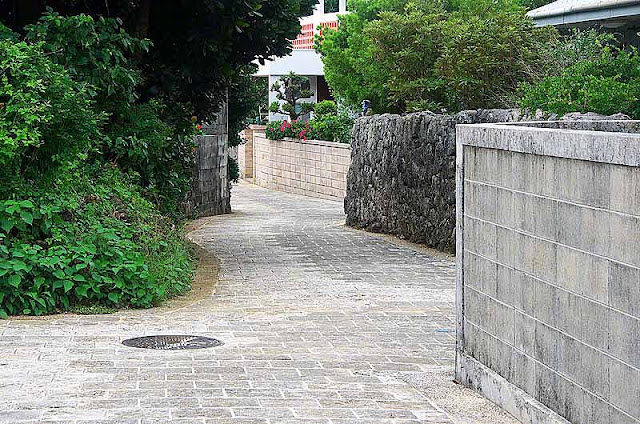 People started using those modern construction materials, like blocks, instead of stones and they even have indoor plumbing, drain pipes and those newfangled manhole covers. 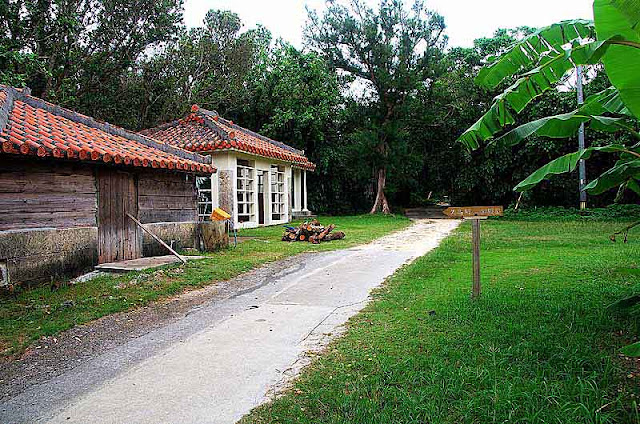 All that stuff, downtown, wasn't what I'd expected to see.  Moving away from the residential/commercial district of the island, things got a lot better.

There's a whole lot more of Kudaka-jima to see once you get off the city streets.

If you want to see some of what lies beyond the streets of Kudaka-jima, I've

There is plenty more about this island undergoing research at the present time and a few hundred more photos on file waiting to be published.  Maybe, someday I'll get hooked up with one of those government, or education researchers from Okinawa Prefecture so they can do all the writing.  Then, I could just continue my island hopping with the cameras and shoot photos of the whole Ryukyu Island Chain.  That'd be a lot more fun !

This is my contribution to TRAVEL PHOTO THURSDAY  (TPThursday)

Visit TPThursday and have a look at what LadyE is doing with her FISHEYE LENS.

TO VISIT KUDAKA-JIMA: HELPFUL INFORMATION MAY BE FOUND HERE.

Posted by RyukyuMike at 8:09 PM

that bike shot is awesome- love the colors.

Thanks for a glimpse of Kudaka Island

Jade and Muza-chan,
Thanks. I'll have more on this island to show you shortly. Mrs RyukyuMike found out about me venture and made me take her there, too.

Love Kudaka Island. Great shots. I'm glad your wife made you take her there -- or did you just want to make two trips?

Love these shots! Did you actually see any people there? Looks so peaceful and quiet.

Got my geography lesson today!

haha Mike... impossible to hide from the better half you know! Looks like a fabulous little island. Do the residents live for ever? Did you see any sign of life? :)

Nancie,
LOL You just made me realize, I should throw some photos,each time, with some people in them to keep places from looking like a ghost town.
Folks all over Okinawa live to become centurians. Like, Mrs. RyukyuMike and I. Heck, we're in our second century, already.

Cathy and Leigh,
Thanks. Sure, there were people, farmers, fishermen, tourists and probably lots of curious researchers. It's sort of a mysterious place. I'll be going back.

It looks so mysterious, I hadn't heard of Kudaka Island until I read your post.

Laurel,
Mysterious, yes. I'll be trying to solve some of the mysteries and maybe, even go back for more photos. Standby...

Easy Hiker and Insidejourneys,
Thanks. The first trip I made was just a spur of the moment, 2 hour escape. Then, I took the wife and her sister for a whole day trip.

You get well off the beaten track Mike , why I like coming here for the Japan we just don't know. BTW those manhole covers...they pinch them to sell to scrap metal dealers here!

What a treat, this looks like so much fun....

Jim,
It's always a jot to see you visit here. I have to keep getting off the beaten path while I'm still able to walk and tote the cameras !

Jan,
Thanks. Thats the first time one of my posts became a treat. Love it !