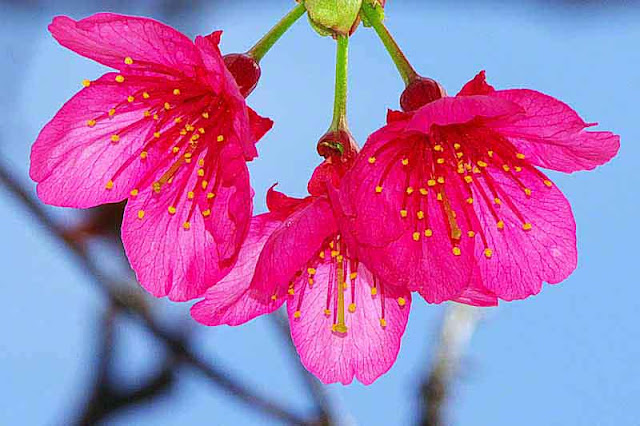 Cherry Blossom (桜 Sakura) Festivals take place all over the island through February.

In order to present photos of some different locations, other than the usual tourist traps for cherry blossom viewing, RyukyuRu and I are planning ahead, starting, right now. 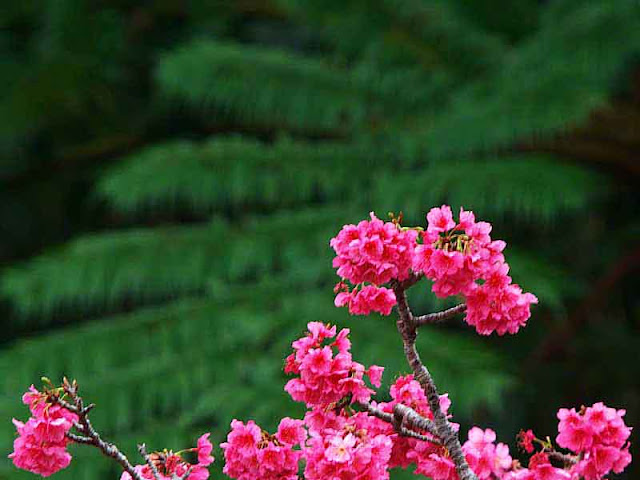 Off the beaten path is where we plan on going Anyone can shoot photos of flowers in the city. 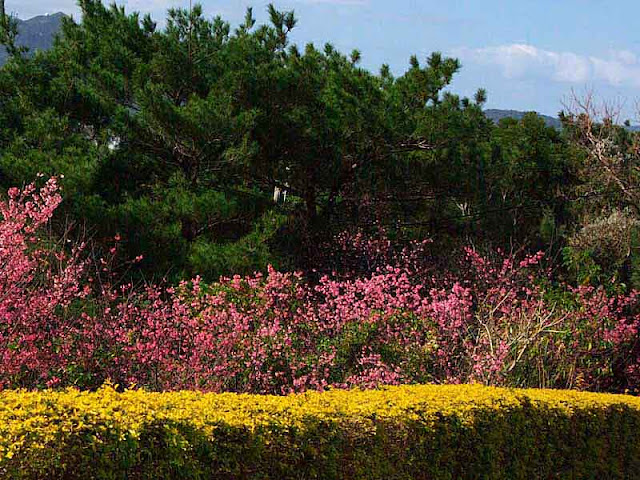 Up in the mountains, someplaces, it's pretty but, it can get pretty crowded, too.

The plan is to go find cherry trees in locations most travelers don't know about. 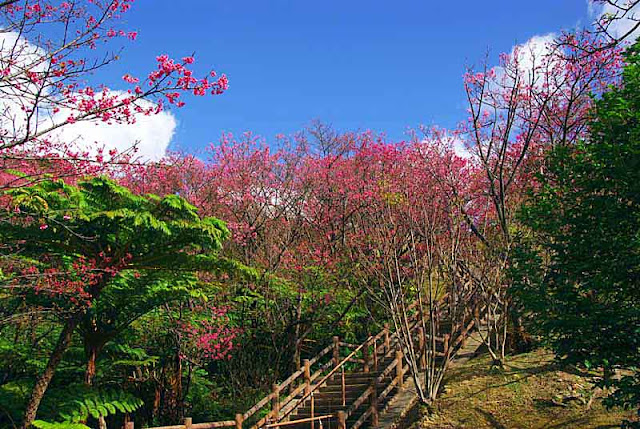 Instead of locations where they have stairs to climb.... 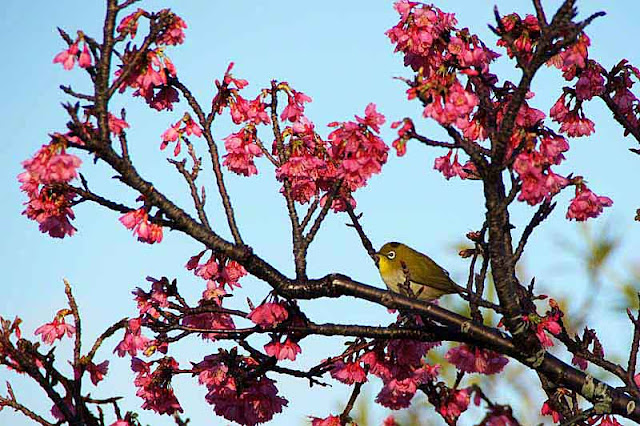 We'll look for places where you can meet some wildlife. 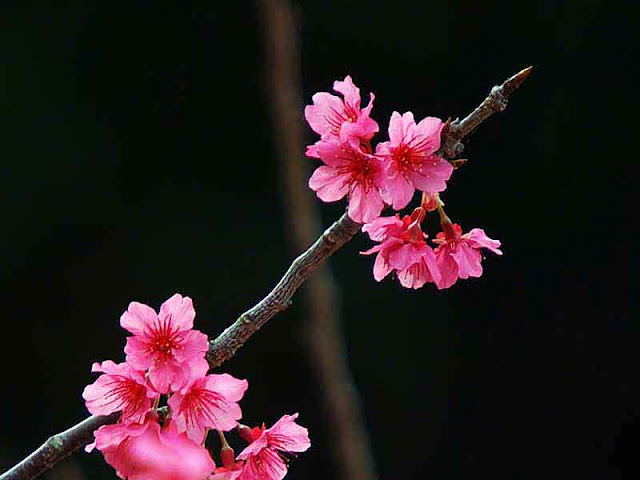 There won't be any need to worry about people or tour busses bumping into you. 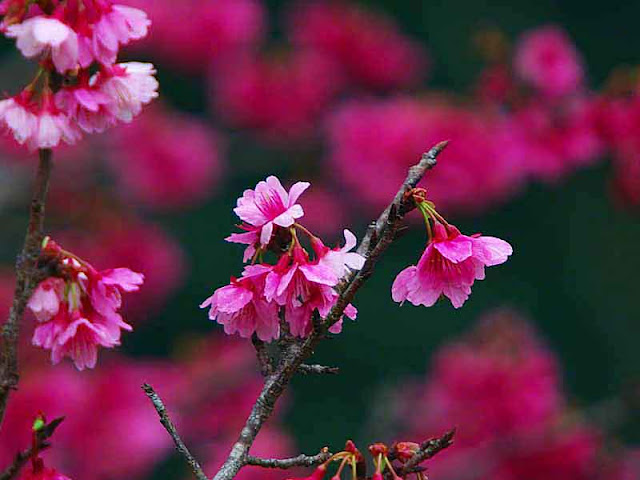 The plan is to search for these locations now. 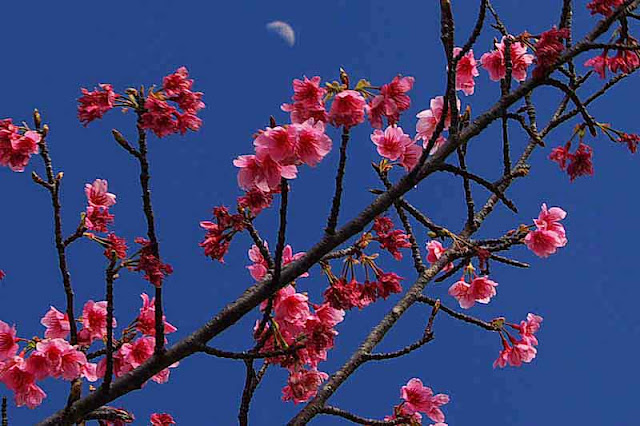 When the Cherry Blossoms start blooming we'll be able to shoot until the moon comes out. 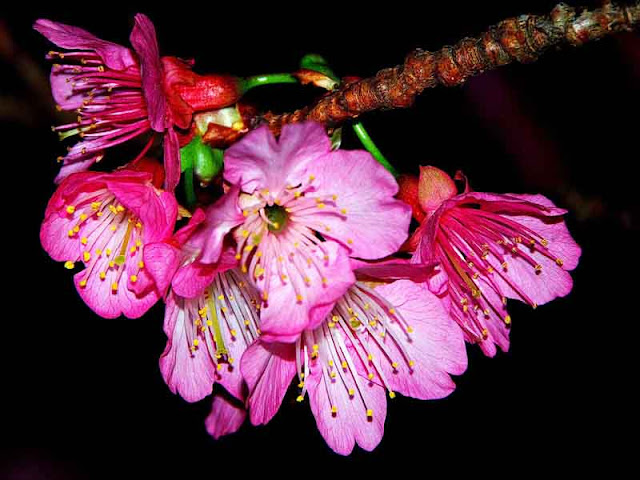 Wouldn't it be nice to shoot cherry blossoms until after dark without running into all the tourists coming to Okinawa, Japan during Sakura (桜) Season?

Muza-chan,
Thanks. I just had to dig them up to brighten a dreary day. It's not supposed to be rainy season but, you'd never know by looking out the window !

Would love to see these someday in person - beautiful!

Very pretty photos, Mike. I once saw a German/Japanese film about cherry blossoms and Butoh dancing. It seems such a lovely, colourful season.

Andrea and Sophie,
Thanks. It's really a special season here. We get the 1st cherry blossoms in all of Japan. You should visit !

I really love seeing cherry blossoms. My favorite part in there is when those tiny flowers will soon be falling from the trees.

Ragnor,
It's still a bit early. We get the first blossoms in January.