Flowers, Ferns, Caves and Castles on a Rainy Day (Photos) 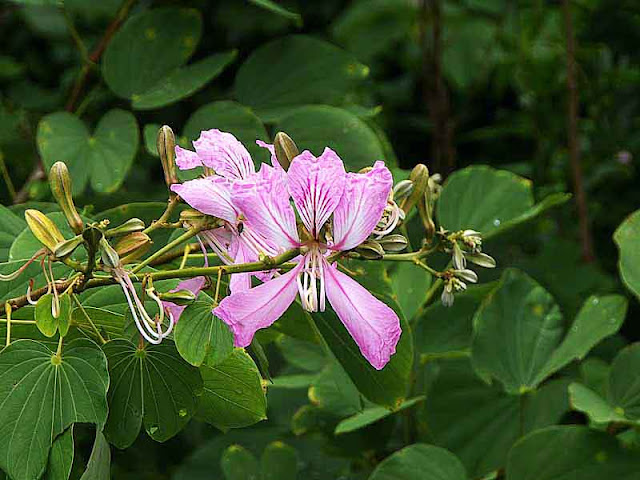 Today the weather gurus predicted thunder storms.  We don't get thunderstorms in November.
Thunderstorms are supposed to be a summertime thing, I thought.
So, when RyukyuRu came by, we decided to go shoot photos of some caves and castles. 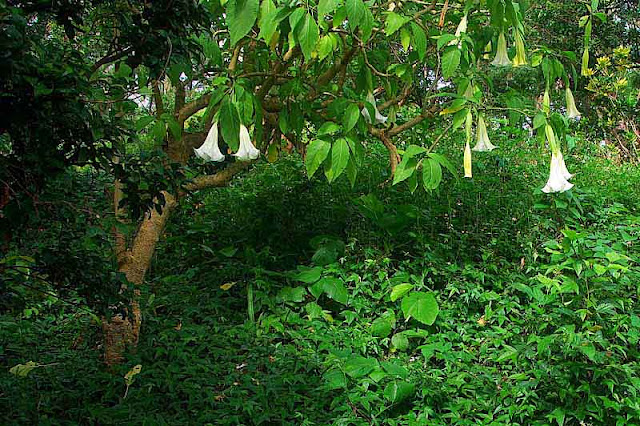 This photo of a whatchamacallit (some kind of tree with flowers on it) was on the grounds of the first castle ruins we stopped at.  The sky was already turning violent-looking colors so, I picked on flowers instead of castles.  The castles, I'll get photos of when the sky is blue, not gray. 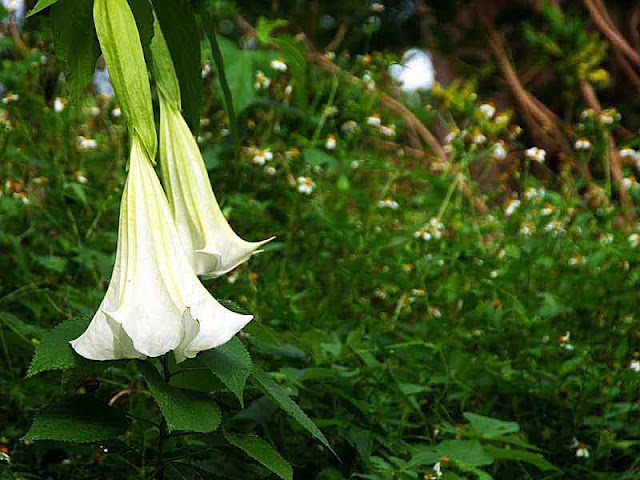 Here's a closer look at the bell-shaped flower-things.  I figure somebody out there knows the name of them and I won't have to lose another bet with my wife over them.  She knows almost everything, you know, except how to make beer. 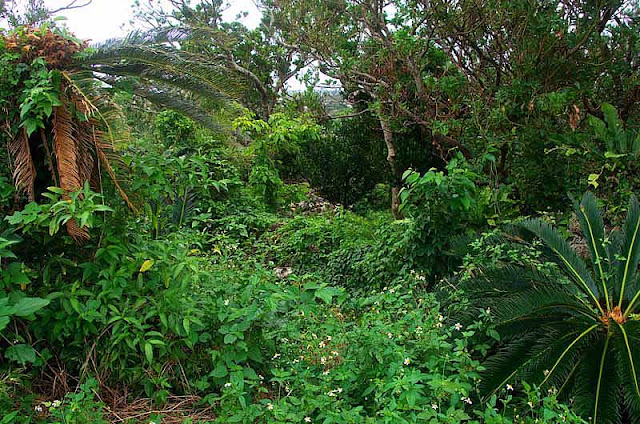 Before leaving this castle ruins, I decided to let some sky creep in because I want to remember this location.  Barely visible in the center of this photo are rocks that make up the castle walls.

These ruins are on Okinawa's east coast.  We met a few characters who live nearby and discovered they like karaoke and maybe, some spirits to drink.  So, I promised to stop by again, someday when the weather is more cooperative and we'll do that castle, right.

Off to the other side of the island, we went.  And the thunderstorms happened. 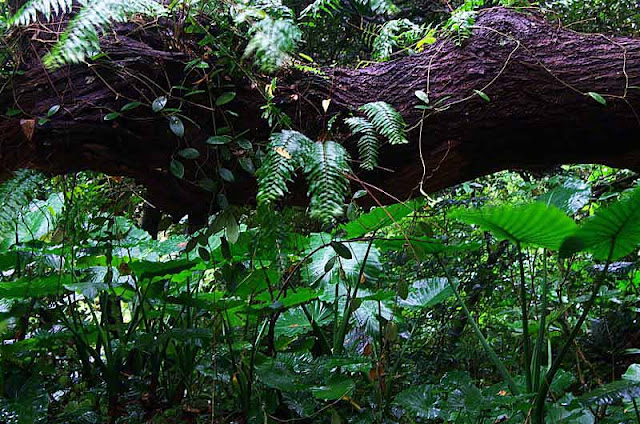 This is the terrain around castle ruins we discovered on Okinawa's west coast.

The rain slacked off.  In between gusts of wind and a few more sprinkles, I managed to capture a few photos of the ferns and wet, jungle vegetation. 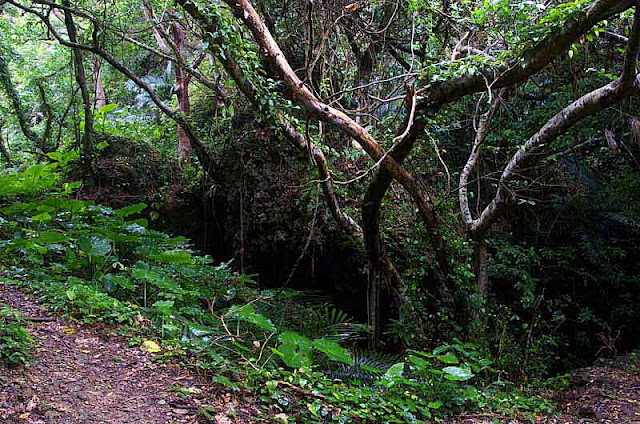 There is a cave entrance in the center of this photo, just beyond the ferns.

Several places around these castle ruins have huge cave entrances but, they looked too slippery and dangerous to enter without flashlights.  We decided to return here, another day and I'm glad we did.

Just before getting back in the car, we ran across someone who lived nearby that cave.

He told us, he decided to explore that cave one day, just as a typhoon was approaching Okinawa.
When he got to the cave entrance, the cave had filled to the brim with water.

It's probably not the ideal place to go on a rainy day.

The weather is supposed to be stormy for the rest of this week.  The castles and caves will have to wait.  Flowers and ferns can be fun to shoot on rainy days but, for now I think it's more important to get the right equipment for exploration, dry and recharge my cameras and do some beers !

Fantastic wordpress web site right here.. It is difficult to discover top quality composing like yours today. I actually enjoy folks like you! just take treatment

Anonymous,
Thank you. I may have taken too much treatment already. While I was gone drinking my beer, did Word Press take over Blogger ?