The National Institute for Environmental Studies calls them an Invasive Species.

Their scientific name is Hemidactylus frenatus.

They are called, yamori (やもり) in Japan. 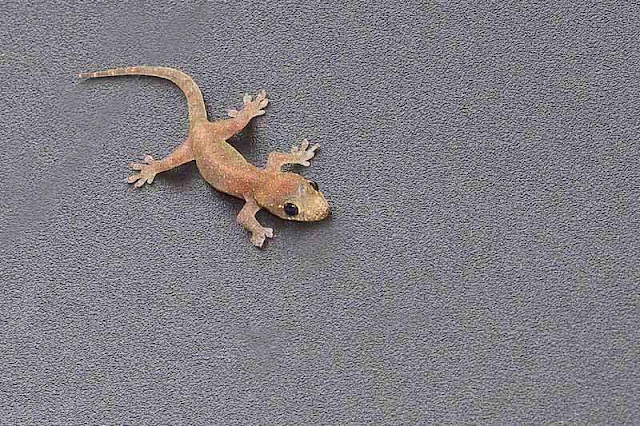 It took a few hours of coaxing, to get this guy to pose for me.

Nobody needs to see the mess in my office so, we'll just see the best photos, for now. 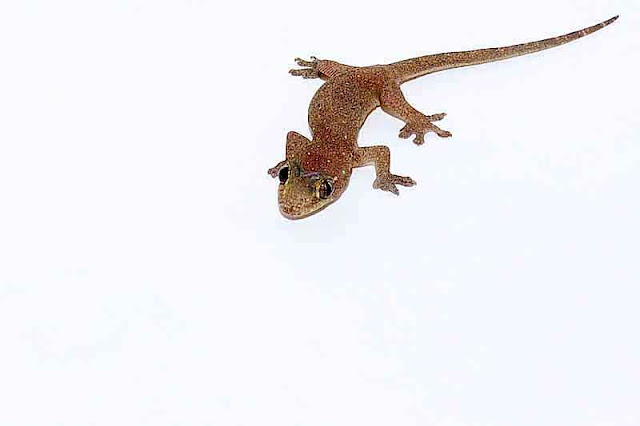 Over a hundred shots of this character were taken, from several different angles.

Three tripods, a Swiss Army Knife and a few PET bottles, did the trick.

No wild animals were harmed, in any way, making this production. 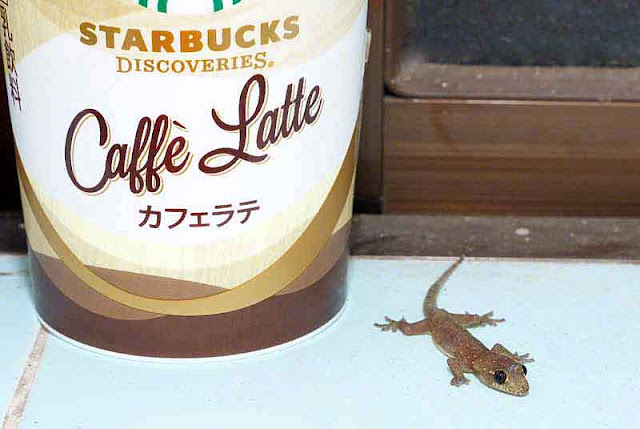 Just in case, you think I'm a sissy for drinking Caffe' Latte, I tell you, I'm not.

Some sweet girl bought it for me and, stuck it in my fridge.  I wouldn't waste it.

So, I drank the stuff and saved the cup, to catch lizards or, something.

Anyway, when the photo session ended,  I let the critter go, on the bathroom window sill.

If the dude is still here tomorrow morning maybe, we'll do some more shooting together.

While I go out for a few beers, I hope he catches a belly full of bugs.

The Smithsonian, could use some photos of these critters so, I might send them some.

Wonderful! What an adorable little soul! Thank you for sharing these pics, that's my wee smile for the day :) Have a great weekend Mike, hugs xx

Rosie,
It's nice to hear from a woman, who isn't scared half out of her wits, seeing one of these friendly lizards !

I was stationed in Okinawa while serving in the Army 76-77. We lived in rather primitive barracks and I noticed a large gecko running around in my room up near the ceiling. I grew up in the country, so wasn’t bothered by wildlife, and asked about it. I was told to leave it alone because it would eat the bugs and roaches. Also that it was good luck. It would make clicking noises at me. So I would return the sound. I’ve been watching the series “Death in Paradise” which takes place in a Caribbean island and the lead character has conversations with a gecko named Harry. That brought back some nice memories.