Quick Redneck Repair: How to Fix an Outhouse Door 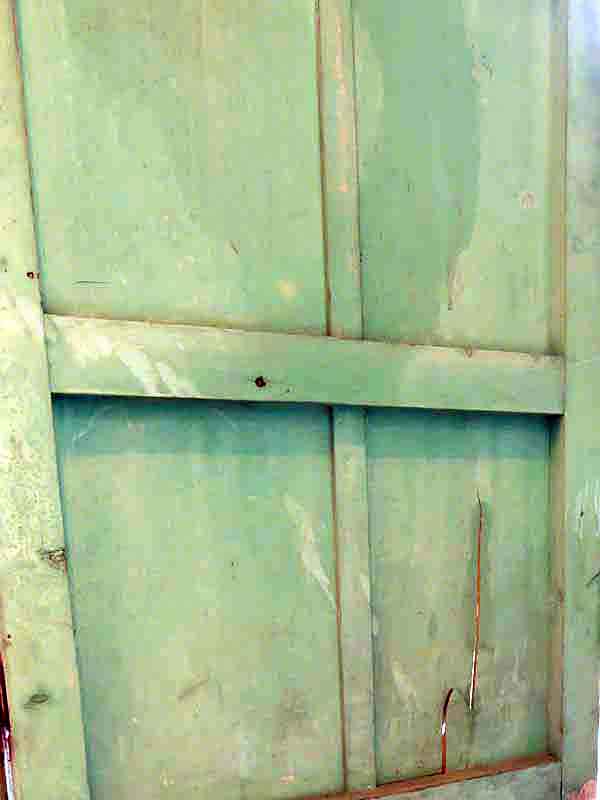 Sing a Little Tune While You Work

Imagine what a shock it was, to discover this during my daily stockholder's meeting.

Sitting inside the crap-house, I noticed someone had cracked the wooden door.

There probably wasn't any criminal intent involved. I think I know what happened.

This isn't one of those old fashioned outhouses. It has running water and electricity.

Out behind my office, anyone wandering the back streets can gain access.

It may have been some drunk, somebody's grandma or, little kids that needed to use the potty.

When you close the door tight, it sticks. And, they may have kicked it, to get out of there.

Only, they didn't know, it's best to kick the door frame, not the plywood veneer. Dagnabbit !

People Around the World Shouldn't Get Upset So Easily

Somebody busted my outhouse door. Big deal. At least nobody crapped in the alley.

It's a cold rainy day and I haven't repaired a busted door in ages. Smile and have some fun.

Over on Facebook, plenty of people keep whining about the new US president.

Well, they only had two dumb-asses to chose from and, one of them actually won.

It would be nice if, everybody, would just get on with their lives and, look at the bright side.

Instead of getting my underpants, all up in a wad, I decided - Go fix the door on the crapper.

Be happy and sing or, whistle a little tune, while getting the chores done.

This isn't some five star resort, I'm working out of so, repairs would be kept inexpensive.

A guy like me, doesn't pay much more than two-hundred and fifty bucks for rent.

So, I figured the repairs could be made with items, hanging around my work-space.

A couple of C-clamps, scissors and duct tape, had the job completed in minutes.

While the damn wind was blowing the door around, I started singing.

Danged if I could remember the rest of the tune. But, I had fun, anyway. 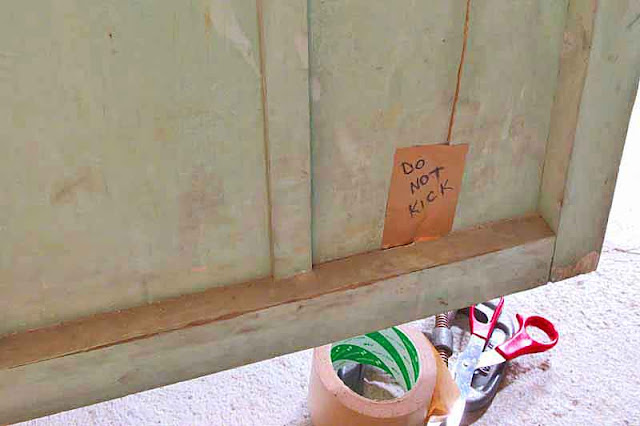 The veneer was squeezed with C-clamps, a little bit too much and, a chunk popped out.

So, I skillfully wiggled it back into place. "Don't let the outhouse door ruin your day" I said.

And kept singing, trying to remember the rest of the song. Like a busted record, I was.

But, I was happy and,  left a little note on my completed repairs. Do Not Kick.

Maybe, I'll go  back later and write, Kick Here over on the door frame, later.

The Rest of the Story

Just to prove (to myself) I'm not crazy, I had to do some research on that song.

There really is a song, "Swinging on the Outhouse Door."

From Arkansas University Digital Collections, granny was "swinging without her nightie."

The James T. Callow Folklore Archive says Grandpa yelled "Get your nighty back on."

Over at Ultimate Camp Resource, Grandpa found the nightie and went swinging with her.

If, you want to spend 99 cents, go to Amazon and, I guess the tune's available.

I've already invested enough in repairing that door so, I ain't spending any money, today.

Checking out the Camel-toe undies, I found out, they are popular in Asia.

Let's just hope, no animals are being harmed in the production of this new fashion !