Chasing the May 2017 Full Moon Over Kin Town 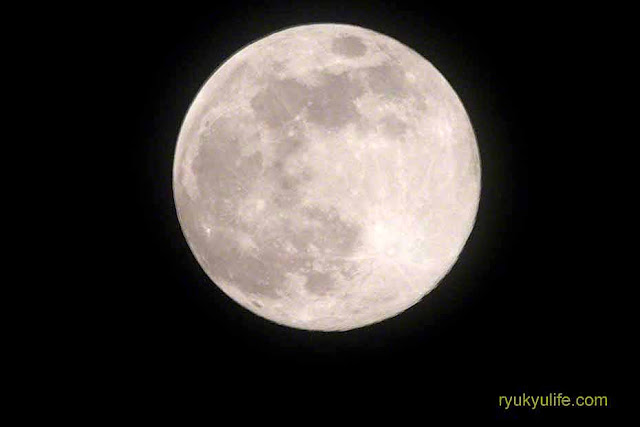 Here's one of the reasons, I plan on shooting the moon, three nights a month.

The weather and cloud conditions can be tricky and sometimes, make it impossible.

Yesterday, I was awake before sunup and had an extremely busy day.

In the evening, I downloaded the camera and began processing a few hundred photos.

As the sun went down, I checked the skies, every few minutes. Things didn't look good.

Heavy black clouds, kept drifting across the sky. I figured, the moon would never appear.

Having taken photos of the near-full-moon on the previous two nights, I was alright.

The seventeen hour day began wearing me out. I was beat and, ready to call it quits.

Too tired, to put the camera away, I left it on a tripod and, placed the lens cap on my desk.

That would remind me, to charge the battery and, lock the camera up in it's storage container.

Around 10 PM the Moon Began Showing

Heavy clouds were blowing and portions of the moon, peeked through them.

If that moon showed up and I, didn't catch it, things would be mighty miserable around here.

A quick U-turn back to the office. Grab the camera and tripod and get back to work.

Twenty minutes to half an hour, might get the job done. The moon's gonna show !

Some Sample Shots in a Slideshow


Normally, I would use the camera timer, to get the sharpest images.

But, those clouds were moving way too fast, for such a luxury.  And, it was windy.

The best thing to do, was use continuous firing mode and, take 3 rapid shots at a time.

Once, I was satisfied, two or three sharp images were captured, I went back inside the office.

The camera battery was removed for recharging and, I locked it up.

A little trick: Store the camera upside down, until morning. Lens cap, on my desk.

That would remind me to download the images and replace the battery.

The photo at the top of this page, was one of three, I really liked.

See my Photography Tips for Shoot the Moon

Posted by RyukyuMike at 6:16 PM