Image: Jet Went Over the Moon 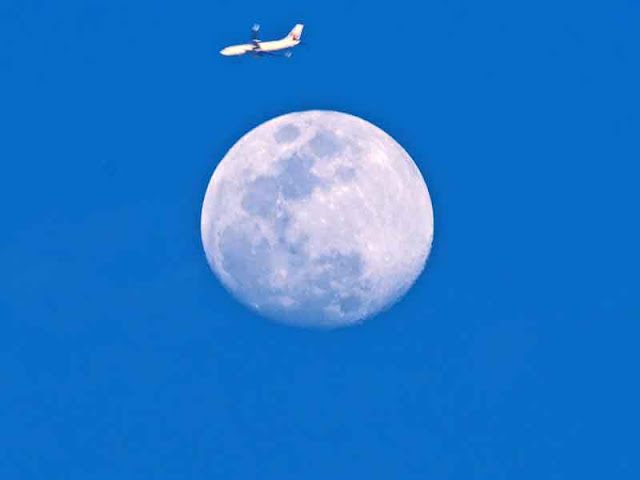 Just Nights Before the May 2017 Full Moon

With the meteorologists predicting, unpredictable weather, I decided to shoot the moon tonight.

Normally, you have a chance to catch a full moon, three nights in a row.

For me, the evenings of the 9th-11th, would be the times, to catch the best photographs.

Out for a breath of fresh air, I noticed the moon in blue skies. It's nowhere near full.

Checking the Weather Channel, tomorrow night will be rainy.

So, I grabbed a camera and tripod, to play with the moon tonight. The plane was an extra.

Three images were made using the 12 second timer. I caught the flight on my last shot.

Photos may be rotated, placing the jet, centered over the moon but, I wouldn't consider that.

Too many stargazers and astronomers, would catch it and complain. Leave it natural.

Moon Phases 2017 Dates and Times
Posted by RyukyuMike at 7:34 PM