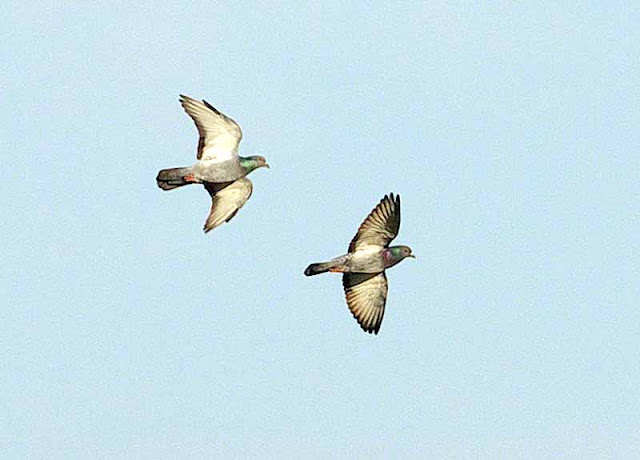 The news drifts over to Okinawa a bit late so, this might be old news to some folks but, I just thought maybe you'd like to hear my spin on it.

It appears the Chinese aren't all the poor, starving, straw cone hat wearing characters you might see  in cartoons or in travel photos and geography magazines.

You know, like cultivating tea plants, riding water buffalos or boats they call junks, those kind of pictures. Heck no.
Some of these people have enough saved up to spend $205,000 on one pigeon from Belgium !

It's all verified through many sources, by me, with spasmodic internet service.

Sarah Palin, hah, the search engines are full of stuff about her shooting mooses and caribou.  I would have downloaded some videos for you but, that might offend some people so, if you really want to see them, help yourself or maybe you can just turn your TV on and catch one of her episodes.

Now, I'm not really a political type person. I stay away from politics and all their parties and just watch to see what happens.

That Sarah, she's kinda cute and doesn't act all stuffy and educated when she talks. Any gal who can look down the bore and shoot a moose is alright,  in my opinion, as long as she guts it, drags it outa the woods, loads it on the truck and brings it home to cook and eat. And if she can make some kinda hat rack or hood ornament outa the horns, tan the hide and reupholster the truck seats or the sofa, maybe make drapes, shower curtains or blankets with it, that'd be cool.

But, if she shoots the critters to prove she's just a regular guy, that's wrong. It's even scary, huh?

Remember when she was trying to be the #2 man in the USA ?  She said from where she lives, she can see the Russians coming. They must get the news late up in Alaska, too. Nobody told her, the Russians are supposed to be our friends these days.

Some people think Sarah Palin might try to run for President, next time around. Before it gets too serious somebody better go check her out. Find out which window she stands watch at, up there.

Get her a high powered spotting scope and some rocket launchers. Tell her to quit worrying about caribou and moose control and let her know the Russians are no problem, anymore.

Get a crew to pick up her cabin and turn the window towards China. She'll be the first one to spot the Chinese Racing Pigeons coming over.  That should keep her busy.  We can find a real man to do the silly presidential stuff !

I hear she goes by the name of "Mama Grizzly" now! Some critics suggest her shooting expedition was nothing more than a charade considering it took her about 5 shots to hit the damn thing. But hey it could've been worse for her, at least Dick Cheney wasn't there.

Ryan,
Hey, the guy only shot a lawyer. What's wrong with that ?

The problem was it was only ONE lawyer.

Canuck,
Hah, I see you've developed a fondness,like me, for those rascal attornies!