Time for a Lily Festival

This post was originally created after visiting the 2011 Yuri Matsuri (Lily Festival) on Ie Island.

A quick visit to the Ie Village website, gave me this poster, advertising the 2017 event. 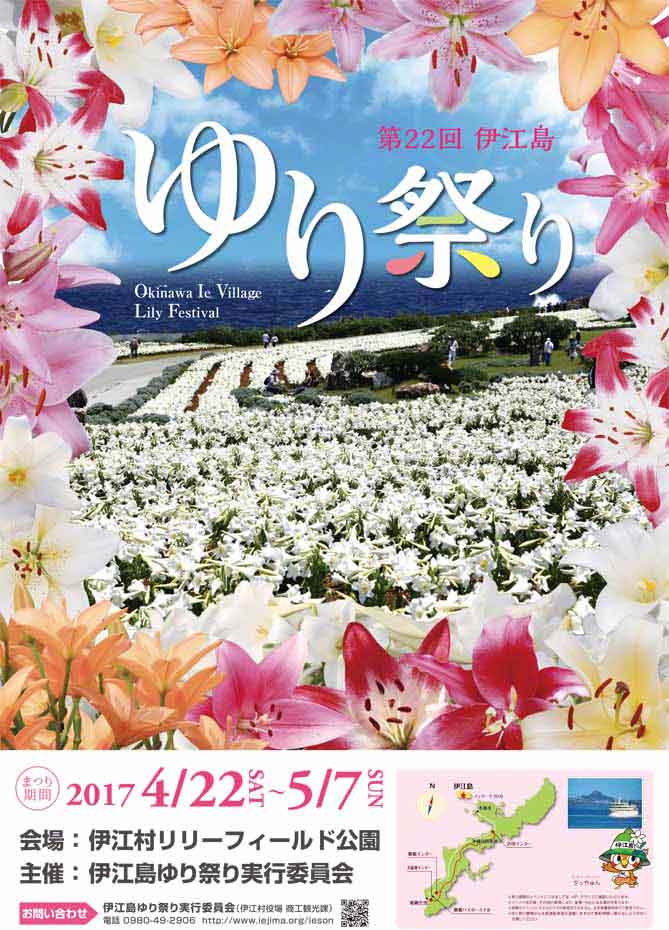 At the heading, you can switch to Japanese, French, Chinese or, Korean.

More than likely, Ryukyu Mike, won't appear during the matsuri, this year.

It is probably the biggest and busiest event held on that island.

So, for local families, wishing to attend, I would recommend going on weekdays.

Make sure all reservations (especially ferry) are made in advance and, don't be late.

2011 Visit to the Lily Festival


There wasn't time to count them all but, I estimate there had to be a good 750,000 Easter Lilies at the IeShima Lily Festival in Okinawa, Japan.  The island advertises a count of over one million flowers.

It's easier to just take their word for it, I think. 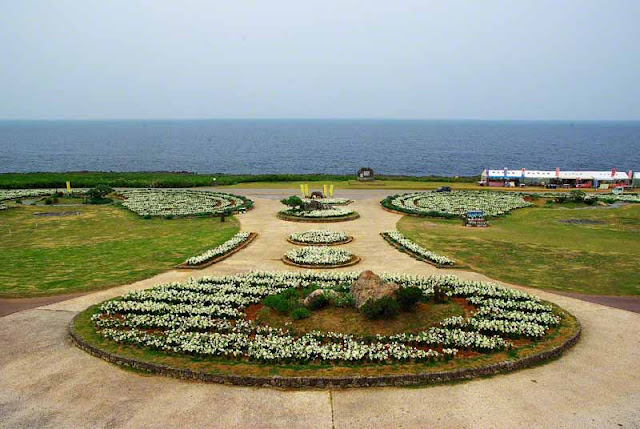 The main attraction is the hundreds and thousands of white Easter Lilies, in all stages of budding and blooming, dancing in the wind on the slopes facing the ocean. 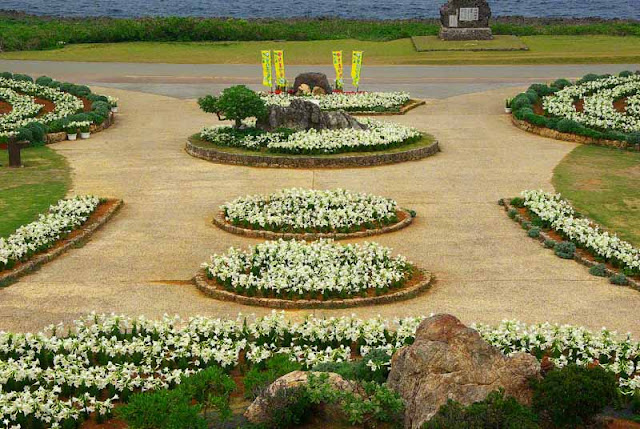 This is where the annual festival takes place and visitors from all over Japan will be taking the ferry to visit during the next week. 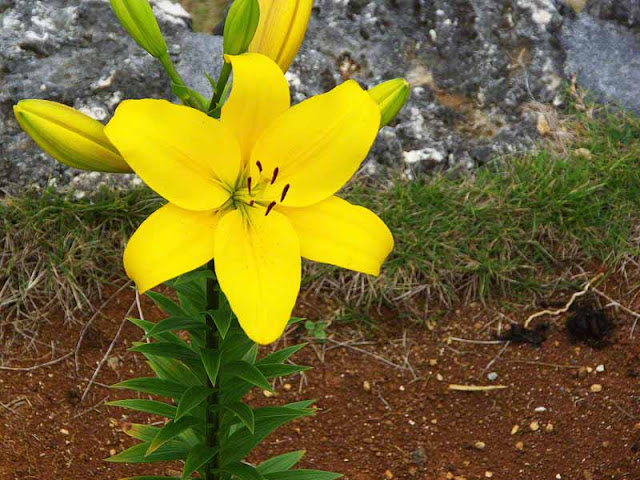 There are plenty more white lilies waiting for me to get them developed.  I decided to give a few of the other lilies their 15 minutes of fame. 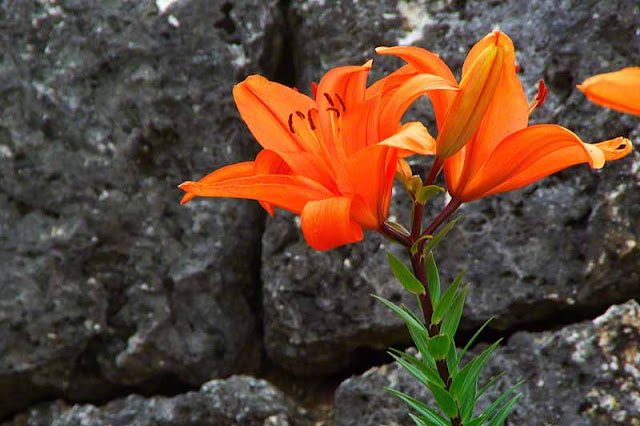 One of these days, I may have to start collecting books, or make friends with a local florist, so I can give you the proper names of these flowers.

There just aren't enough hours in the day or days in the week for me to research them.  Do you suppose florists like beer? 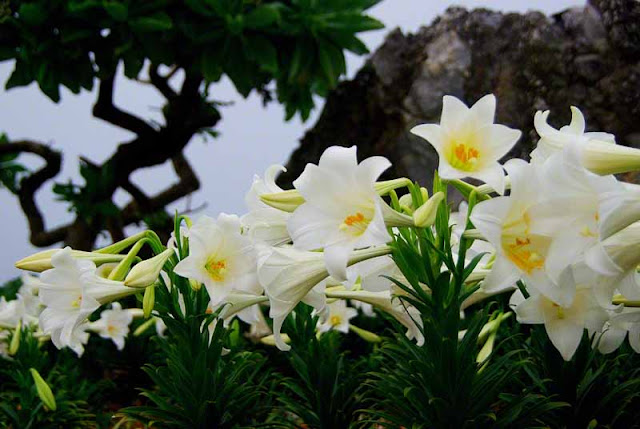 It'd be a lot easier for me if I could just stop by a flower shop and take the photos.  If a florist told me the names of the things they'd get a free photo and could sit down once in awhile and drink beer with me.

The trip to the Flower Festival on IeShima this weekend was a real adventure.  It all started with me getting a black eye before I even got on the boat.  Wow.  It's a good thing it wasn't my shootin' eye.

People on the boat, get out of your way real quick when you walk towards them with a black eye and blood running down your face.  So, it wasn't all bad.  It was kind of like being a VIP.

Or, they thought I was some sort of crazy, violent person.  Hah, I was just going to shoot Easter Lilies!

There are plenty of other interesting things to do on the island of IeShima in Japan besides taking photos of flowers so, I did them, too.  It may take me some time to get caught up, then you'll get the rest of the story.

Safe and sound, back on the main island of Okinawa, Japan is where I'm at now.  A million lilies were fun to look at and take pictures of but, there are critters and caves I want to go back and see. I'll show you some examples as soon as the development is done.

The next time I visit that island, I might just stay for a week.  That'll be sometime after my face stops lookin' like I'm some kind of criminal and the weather is a little warmer.  Maybe, in the summer.

FOR MORE INFORMATION ON THE LILY FESTIVAL VISIT THE JAPAN UPDATE